"Illumination" is a document of life in a police state 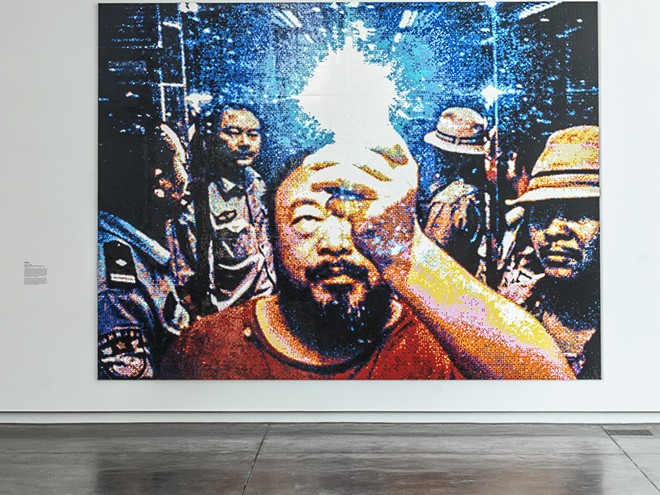 
Ai Weiwei's "Illumination" is a lot of things. It's a selfie. It's a documentation of life in a police state. It's an act of resistance. It's made out of Legos.

It also has a new home in St. Louis. The Mildred Lane Kemper Art Museum announced it has acquired the work.

Born in Beijing, the 65-year-old Ai is one of the world's most famous contemporary visual artists. He is also one of the fiercest critics of the humanitarian abuses of the Chinese Communist Party.

While in the city of Chengdu in 2009, police raided the hotel where he was staying and placed him under arrest. As Ai was being taken into an elevator, he took the selfie that he would later reconstruct out of Legos to create "Illumination."

"Illumination" is currently on view at the museum, located on Wash U's campus and open every day but Tuesday.