Anderson Cooper and Andy Cohen are Headed to St. Louis 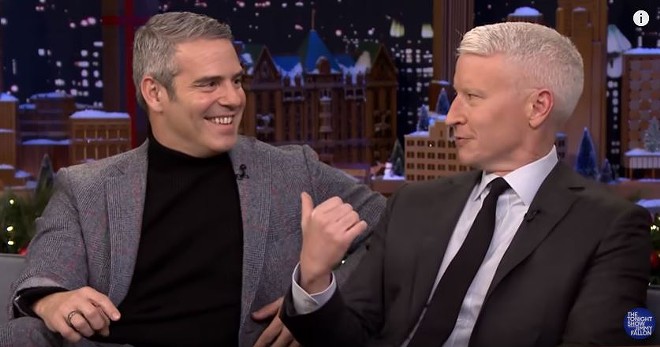 Screengrab via YouTube
The boys are back in town.

The two influential personalities will be at the Stifel Theatre on November 1. They’re touring together in a show called AC² in which they take the stage and interview each other but also answer questions from the audience.

The topics range from serious world events courtesy of journalist Cooper to hot gossip fresh from the mouth of long-time TV host Cohen.

The St. Louis show promises to be a special stop on the tour because Cohen was raised in the Lou and proudly represents our city any chance he gets. That makes us love him even more than Cooper’s adorable giggle.

Tickets got on sale at 10 a.m. on Friday and are available at Ticketmaster.com, the Enterprise Center Box Office or AC2live.com.

And for more of why we love Cohen, please see below.

No one was happier than @Andy about the #BluesWin. https://t.co/2MRLvmeXYE

Proof I am in St. Louis! #ProvelCheese


World Champs! So proud to be from St. Louis! #11in11 #CARDINALNATION

Heading to St Louis and praying for peace!!!