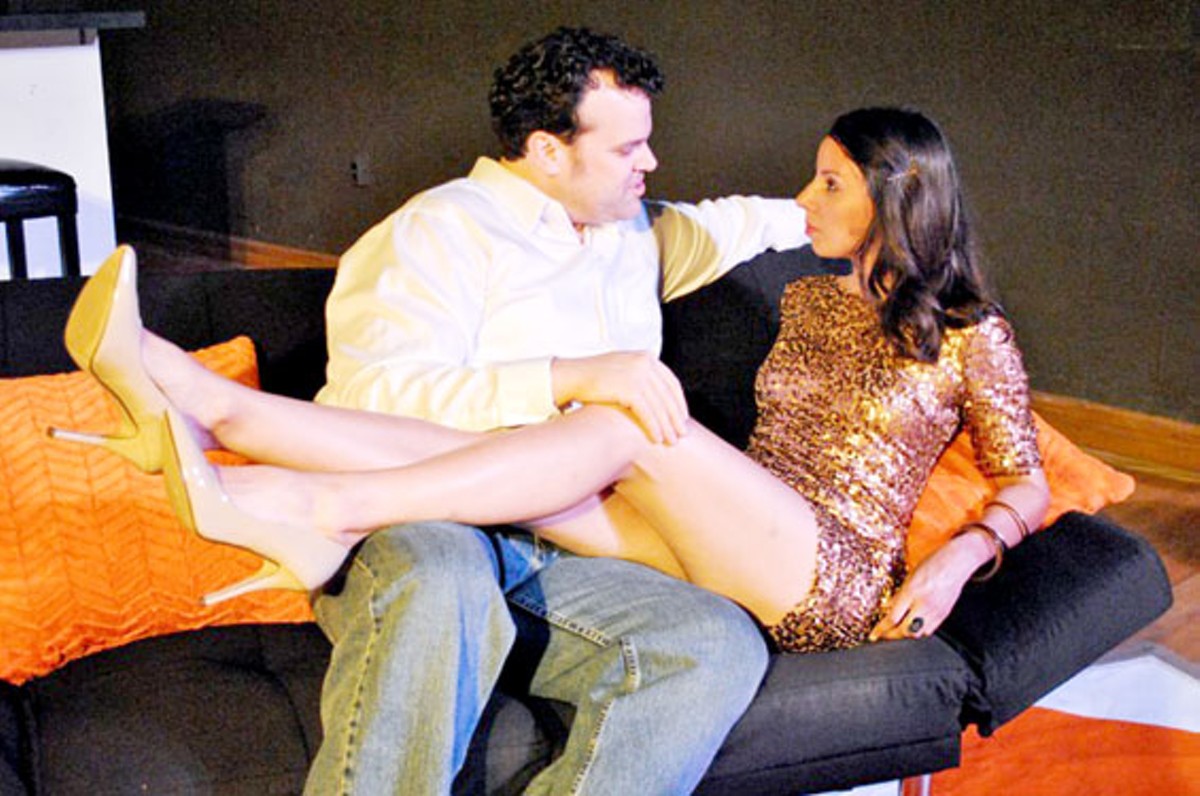 Oh, these girls! They may start soft, with Gena and Katie jumping on couches, mimicking Jimi Hendrix and pilfering bottles of champagne from the room's ice-filled tub. But it's not long before they break out the blow. And once Regan rolls in with a couple of new stoner friends, the night quickly turns toxic. These three pop pills. They overturn chairs. They puke in the bathroom and sex randoms in the bedroom. They smoke dope everywhere, viciously mocking each other all the while. But their real bile is reserved for Becky, the plus-size bride-to-be who incites their jealousy as the fat first to wed, and whose tentlike gown Katie pulls from the closet. "Two people could fit in this!" the prom queen on the skids yelps as she swims in the dress. It's a bad idea, and when queen bee Regan — the only one who's actually invited to the wedding — climbs in, the gown bursts at the seams.

If Bachelorette stopped at jealousy and bickering, it would be about as compelling as a reality show. But Headland, a very witty writer who conceived the play as part of cycle of the Seven Deadly Sins (gluttony, anyone?), is up to something much more interesting. In her skilled hands, Katie, Gena and Regan reveal themselves to be not merely hateful toward each other and their absent friend, but also members of a culture given to self-loathing and self-destruction.

Not that this is a particularly novel insight (see: Dr. Phil, et al.), but with the exception of a woefully melodramatic final scene, Headland is careful to avoid moralizing. She allows instead for this bombed and benighted trio to give and take the abuse they've come to expect, while remaining none the wiser for the injury.

Directed by Rachel Tibbetts, the play does have its gentler moments, when the girls momentarily show, if not exactly kindness, at least a capacity to dilute their vitriol. As the chronically stoned Joe, a very good Carl Overly Jr. tries ineptly to connect with a desperately unstable Katie. Played with blackout abandon by Wendy Renée Greenwood, Katie registers Joe's affection, but only so long as it remains flattering. Her knives come out the moment she's challenged, banishing him from the room as she barks, "I stopped caring about you a while ago."

Similarly, Gena — who, in the hands of Cara Barresi, shifts somewhat improbably from deference in the face of alpha-girl Regan, to unmitigated aggression at Joe and his womanizing pal Jeff (Jared Sanz-Agero) — has moments of conscience as she tries to rein in her misbehaving girlfriends.

But in main, Ellie Schwetye's icy Regan sets the tone, shutting down Gena when she broadcasts her abortion and commanding Katie to take the train home. WASPish in a form-fitting gold dress, Schwetye manages to be at once imperious toward her friends, yet brittle and insecure with men, agreeing to sleep with Jeff (who can't remember her name) only after he bursts one of her long-held intellectual pretenses.

Tibbetts keeps the pace brisk as the night careens from the merely rowdy to the truly epic. Still there are moments when the onstage action becomes a bit incoherent (perhaps inevitable given the play's stiff cocktail of drug-enhanced self-absorption), and there are a few overly vague interludes (at a nearby club?) where Katie, Gena and Regan maladroitly try their hands at karaoke.

On balance, however, Tibbetts and the cast strike a difficult balance, keeping the action frenzied without allowing it to fall into chaos. Meanwhile, the three female leads, their wits dulled from partying and lacking insight, maintain an edgy tension between cutting one-upsmanship and outright aggression.

It makes for an engaging show. But even with the cast's formidable tensile strength, not much can be done for the play's histrionic final scene, when Becky (Jamie Fritz) finally arrives, and Regan is fully unmasked as she crouches on the floor. It's an overwrought finale to an otherwise superb play. Though given the pharmaceutically inflamed personalities onstage, the melodrama may be as inevitable as one of Katie's blackouts.