Beast in Show: Upstream Theater wrestles The Hairy Ape to a draw 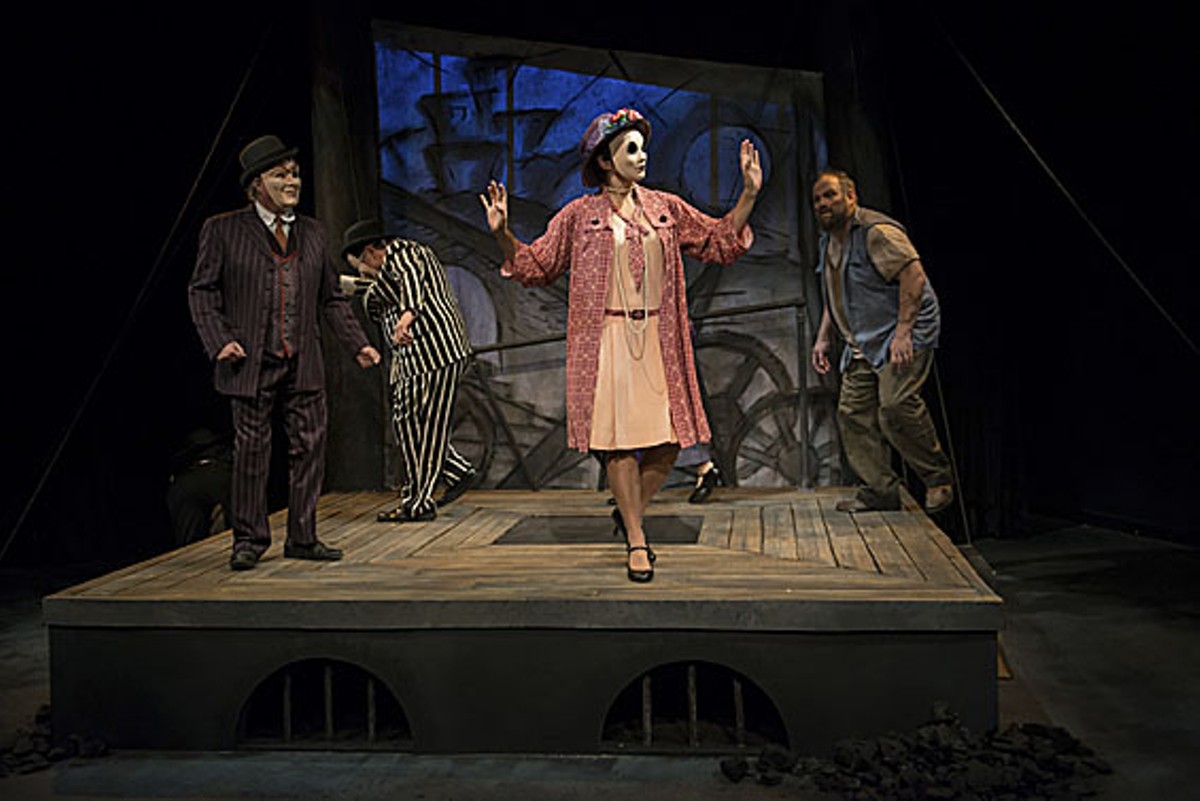 Beast in Show: Upstream Theater wrestles The Hairy Ape to a draw

Everybody knows who Eugene O'Neill is. He's the so-called father of serious American drama. "It was my luck to be the first, that's all," O'Neill rather modestly wrote near the end of his life. But in fact, he wasn't all that modest about his place in theater history. As a Nobel Prize-winning dramatist, he knew that his plays had "awakened the outside world to the fact that American drama existed." Move over, Misters Chekhov, Ibsen and Strindberg; the Yanks have landed. But today, more than a half-century after O'Neill died in 1953, his early significance is pretty much limited to the textbooks. We mostly see revivals of O'Neill's later plays (Long Day's Journey into Night, The Iceman Cometh) and his lighthearted Ah, Wilderness! Those passionate dramas that drove American theater into the 20th century are infrequently staged.

Leave it to the ever-audacious Upstream Theater to tackle The Hairy Ape, O'Neill's 1922 symbolic expressionist story about the plight of the underdog in an increasingly industrialized America. In the play — which O'Neill subtitled "a comedy of ancient and modern life" — the aptly named Yank is a burly stoker who shovels coal in the forecastle of a transatlantic liner. Although Yank likes to say he's trying to think, the rational thought process is not his strong suit; he lives by brute force. He can't tell his cohorts why the nation is turning to steel, but with all his being he defensively insists that he is "de muscles in steel, de punch behind it."

Yank may be defensive, but he's not defiant. What he wants most is acceptance, recognition that he exists. Early in the play, he spars with another stoker, the older, more independent Paddy (lovingly rendered by William Grivna), who represents a lost independence. Paddy was happiest sailing on clipper ships whose masts touched the sky, alongside strong men "that was sons of the sea as if it was the mother that bore them." Yank's response? "You make me sick, Paddy. You don't belong." Yank wants nothing more than to belong to someone or something.

The crux of the play occurs when the vain daughter of a steel tycoon visits the stokehole and is so frightened by the sweaty sight of Yank that she calls him "a filthy beast." Act Two moves the play from sea to land, where Yank makes a halfhearted attempt to track down the socialite. Failing in that, he looks for friendship wherever he can find it — first in a labor hall, finally in the primate house at the zoo.

In the text of the written script, O'Neill's stage notes probably fill up more pages than does the dialogue. It's hard to imagine that any production ever matched the one the playwright saw in his head. But this minimalist Upstream staging employs the same number of actors as did the original version in 1922. Thanks to the clever use of fake mustaches, cigars and wigs, six terrific featured actors stand in for what on paper is a very large cast.

In the title role, Christopher Harris fills the confined stage. As anyone who saw him three years ago in Upstream's stunning production of Helver's Night surely will remember, Harris can be a mesmerizing actor. But some of the choices he and director Philip Boehm have made for Yank are puzzling. "He's too stupid," one of the union goons derisively says about Yank. Harris never seems particularly stupid, though; on the contrary, he comes off as the smartest guy on the ship. There is nothing overly oafish about him.

Despite a gnawing concern about the approach to Yank, seeing this much-discussed but seldom-staged play clarifies why throughout his life O'Neill held the piece in "enduring affection." The Hairy Ape still delivers a ripe evening of sinewy, visceral theater.