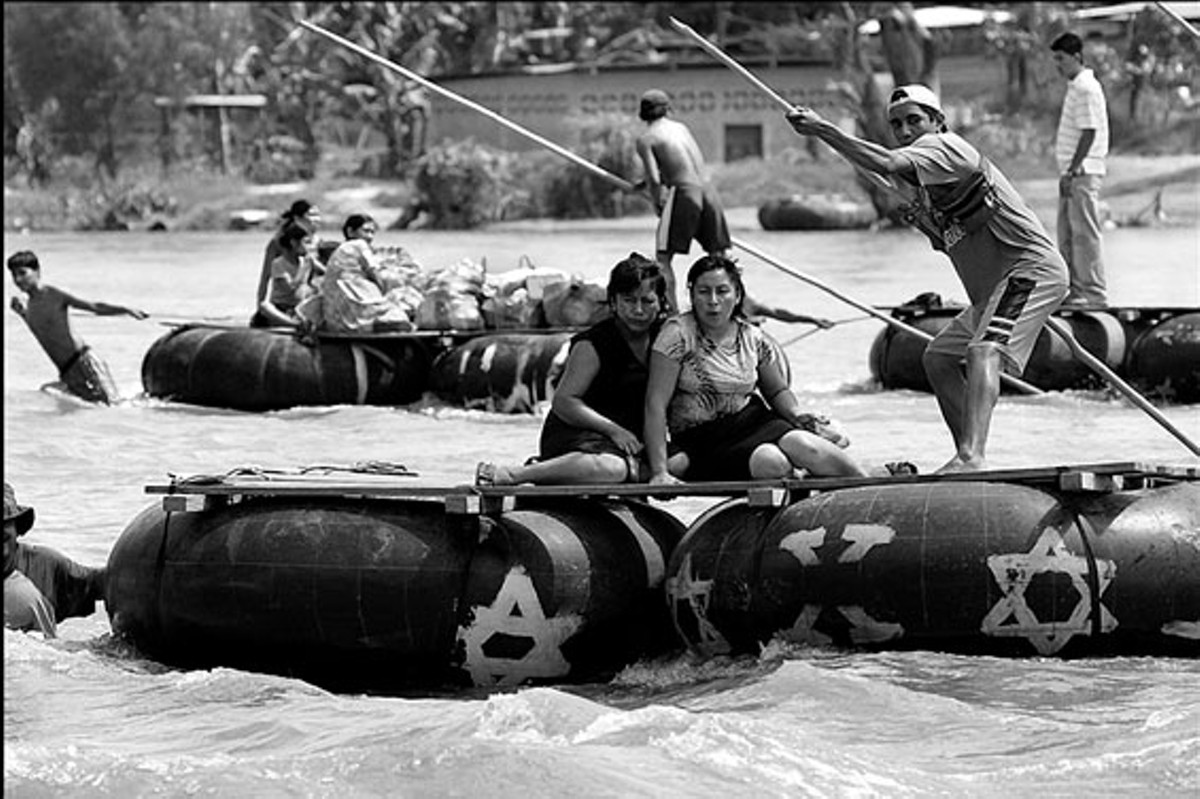 One aspect rarely explored in the nation's fraught debate over immigration reform is the daunting odyssey undertaken by those who would travel north in the hope of a better life. The U.S. now deports some 400,000 Latinos a year, many of whom risk human rights violations, robbery, rape, limb loss and even death as they ride freight trains — known as la bestia — or "the beast," north from Mexico's border with Guatemala toward the U.S. Their formidable journey, capped by a final push through the elaborate U.S. border security system, is captured in unvarnished detail in José Hernández-Claire's Broken Roots: Illegal Immigration into the U.S. at Webster University's May Gallery.

For nearly four years, Hernández-Claire, a former Guggenheim fellow who teaches at the University of Guadalajara, made innumerable trips to outposts along the migration route, creating raw images that convey both the existential stakes of the journey, as well as the transient relationships that emerge along the way. Hernández-Claire trained as an architect before turning to photojournalism, and many of his images employ rugged environmental cues — discarded tires and tooth brushes, bras abandoned on tree limbs, mountainous vistas, and the cramped interiors of dilapidated vans — to frame the dangers of this journey marked by provisional sanctuaries and seemingly insurmountable expanses.

One of the show's most arresting images, Mirror of Migration, shows a young family of four sitting on a piece of sackcloth they've placed atop the gravel by the side of the tracks. The upper portion of the frame shows only the legs and arms of a man who sits behind two young girls. The photograph's central character, however, is the reflection of a woman in a shard of mirror. The woman is simply applying make-up (a rarity along the migrant trail, where many women try to be as inconspicuous as possible), but her gaze, brightly illuminated by the glass' reflection, is that of infinity. The mirror's jagged edge is wildly disorienting. It acts like a tear in the fabric of reality that surrounds them, as this woman, near sculptural in the Mexican sun, prepares for the uncertain future that awaits her.

Many of the images detail life along la bestia, as migrants, some already missing limbs, run to board the beast, scurrying up ladders and jumping from freight car to freight car. Others, like Moody, are near biblical, as a man stripped bare to the waist assumes the stance of St. Stephen, looking skyward in agony as officials examine his tattoos. Similarly, Sisters at the Rio Suchiáte shows two Guatemalan women crossing the choppy Suchiáte River (which separates Guatemala from Mexico) aboard a pair of inner tubes lashed together by ropes and a makeshift deck of two-by-fours. A man with a pole but no shoes captains the fragile ark, which is festooned with the Star of David. As potent as this image is, however, it probably doesn't belong in a show about U.S. immigration. Both women wear skirts and sandals, attire more suited to a day of shopping than a journey of roughly 2,000 miles.

But that's a rare exception in this powerful if somewhat casually exhibited show organized by Bill Barrett. With his unflinching lens, Hernández-Claire provides a rare view of immigration's human toll south of the border — a crucial perspective often overlooked in the nation's polarized debate over immigration.