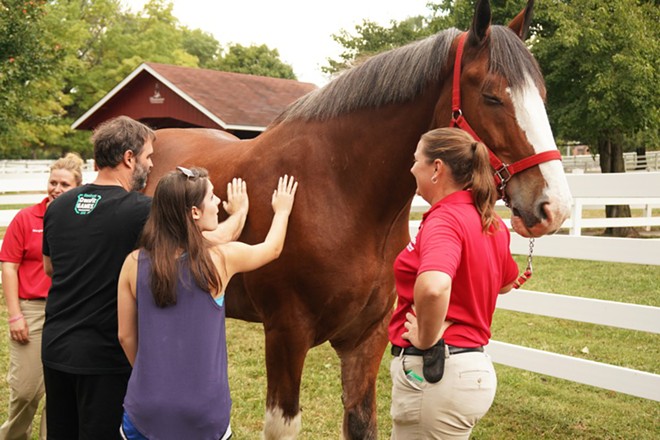 Courtesy Grant's Farm
The Clydesdales and baby goats are back.
The weekend is nearly here, and there is so much to do. Whether it's taking in a film, catching the city's inaugural block party or supporting local bookshops, St. Louis is sending April out with a bang. If you're already too busy this weekend, there's more going on this week: 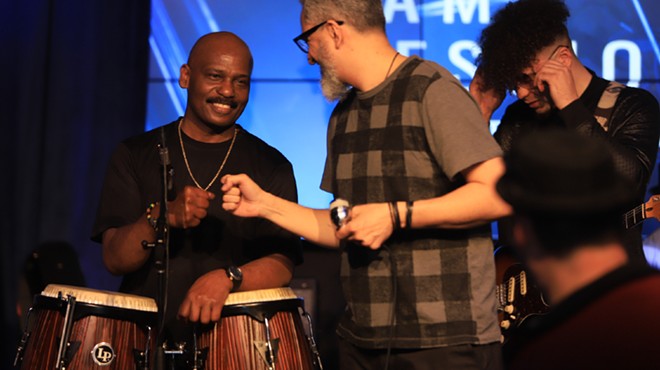 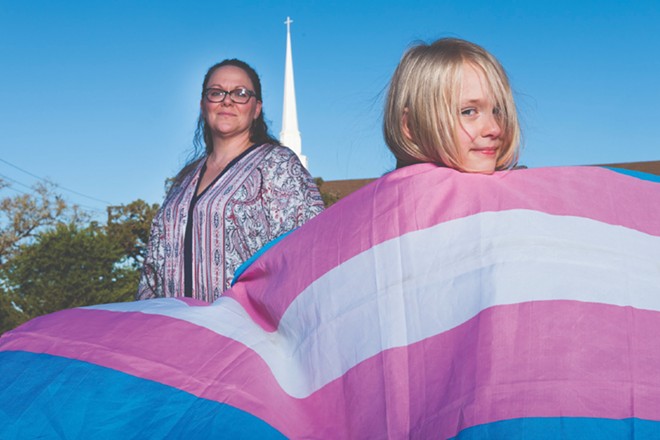 QFest, which highlights LGBTQ+ film, is back to St. Louis for its 15th annual event. Hosted by Cinema St. Louis, QFest is also taking over PLAYTIME, St. Louis' monthly queer dance party at the Handle Bar. One of this year's films in the main fest is Mama Bears, a documentary about two Christian conservative moms who fight for LGBTQ+ rights. According to the event website, these women call themselves mama bears because of how "ferociously they fight for the civil rights of their children and the entire LGBTQ+ community." Other titles that will be shown at the event include Two Eyes, Sirens, Great Freedom, Rebel Dykes and more. QFest will take place from Friday, April 29, to Thursday, May 5, at Galleria 6 Cinemas (30 St Louis Galleria Street, 314-725-0808). General admission tickets for the event are $12 to $15. A few of the films will be available to view virtually. PLAYTIME: Poison, a QFest St. Louis Party is taking place on Saturday, April 30, at the Handle Bar (4127 Manchester Avenue, 314-652-2212, handlebarstl.com). For those planning to attend in person, proof of COVID-19 vaccination or a negative PCR test will be required. —Cassidy Waigand

Courtesy Downtime
Downtime is one of the bands performing at the first City Social.

This time, the city will be throwing the party instead of stopping it: The City Social Downtown Street Festival hits the streets of the Lou for its inaugural year. The festival celebrates the city's music, arts and culture scene in the form of a block party. Themed zones promise something for everyone: Art Alley will have live art installations and a DJ to bring the vibes. The Kickback Corner is a space to chill with friends and maybe capture the memories made with a pop-up exhibit from the Selfie Room (1424 Washington Avenue, 314-553-9175, theselfieroom.com/book). There is also Music Row, featuring performances from local bands; the party is also expected to be filled with acrobats, street performers, stilt walkers and hula hoopers. The event runs from 4 to 9 p.m. on Washington Avenue between Tucker Boulevard and 14th Street, and runs along 13th Street. It's free for all attendees. After-parties are expected to begin at 9 p.m. at adjacent indoor spaces including Whisky on Washington (1321 Washington Avenue, 314-925-8409, whiskyonwashington.com) and Rosalita's Cantina (1235 Washington Avenue, 314-621-2700, rosalitascantina.com). For more information, visit citysocialstl.com.

There must be something in the air. Stray Dog Theatre's Triassic Park: The Musical (about singing dinos) is closing this weekend, while Magic Smoking Monkey Theatre's Jurassic Park: The Musical is opening. Jump ahead 52 million years to when birds and mammals evolved and watch this (other) spoof of Steven Spielberg's 1993 film Jurassic Park. The show was originally staged in a backyard in Nebraska in 2009 and has been kept alive since by college productions. The jokes are lame, the dialogue is cheesy and the show features such songs as "Chaos Theory" and "Raptors in the Kitchen," so expect the parody specialists at Magic Smoking Monkey to have a field day. Jurassic Park: The Musical is running from Friday, April 29, through Saturday, May 7, at Reim Theatre (111 South Geyer Road, 314-822-5855, facebook.com/magicsmokingmonkeytheatre). Tickets are $10 to $15. The show is Friday, Saturday and Sunday. Times vary. — Rosalind Early

Shop 'Til You Drop

Over 75 vendors will set up shop at Watson Trail Park for the third annual Makers Market in Sunset Hills. According to organizers, the first Makers Market "exceeded expectations with quality vendors, outstanding attendance and tremendous community partnership throughout St. Louis County." Makers Market is at Watson Trail Park (12450 West Watson Road, sunset-hills.com/763/Makers-Market) on Saturday, April 30, from 10 a.m. to 5 p.m. and is free to the public. Along with the vendors, visitors will be able to listen to live music, grab a bite at area food trucks and participate in hands-on activities. —Cassidy Waigand 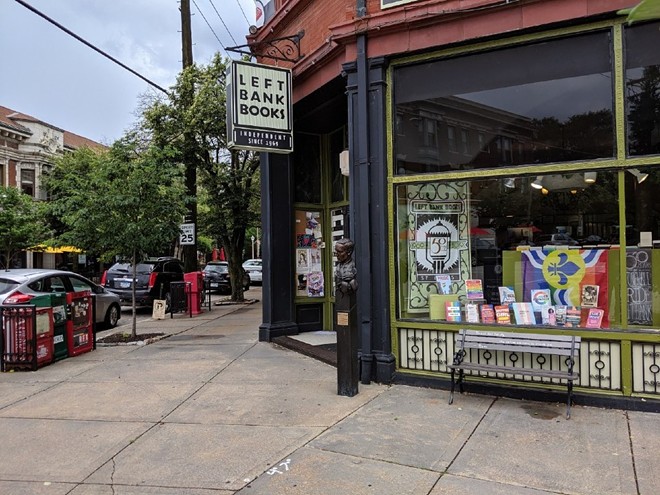 Head over to your local bookshop on Independent Bookstore Day for deals and special events. Left Bank Books (399 North Euclid Avenue, 314-367-6731, left-bank.com/event/independent-bookstore-day-2022) will have a Kitty-Corn Party in the morning and a virtual author event with Mieko Kawakami at 7 p.m. Betty's Books (10 Summit Avenue, 314-279-1731, bettysbooksstl.com) will have character appearances in the morning, including a visit from Mirabel from Encanto. Other bookstores, such as the Book House (7352 Manchester Road, 314-968-4491, bookhousestl.com), Subterranean Books (6271 Delmar Boulevard, 314-862-6100, subbooks.com) and the Novel Neighbor (7905 Big Bend Boulevard, 314-738-9384, thenovelneighbor.com) will also be participating. Independent Bookstore Day is Saturday, April 30. Times and deals vary. Check bookstore websites for details.

This is not a drill: The baby goats are back. Grant's Farm opens for the season this weekend, and with it come tram tours, shows and a chance to feed baby goats with bottles. Read more here: St. Louis’ Grant’s Farm Will Open at the End of April

Bring the Action – Magic, Comedy and Dance is a variety show of sorts featuring comedy from Sympho Mubano, dance from Violet Le Fae and magic from Amanda Lindsey, so you'll get everything: laughs, wows and "I bet I could move like that if I tried" confidence. Even if you think one of these areas is not for you, it is. Mubano is a St. Louis crowd favorite, Le Fae is known for being bendy and can do a jig just as easily as a pole dance, and Lindsey headlines a recurring magic show at the Shaved Duck. They have been working on their material since the original tour was cancelled in 2020, so it should be pretty fun. Bring the Action – Magic, Comedy and Dance is Saturday, April 30, at the Crack Fox (1114 Olive Street, 314-828-5064, crackfoxbar.com) from 7 to 9 p.m. Tickets are $15. —Rosalind Early 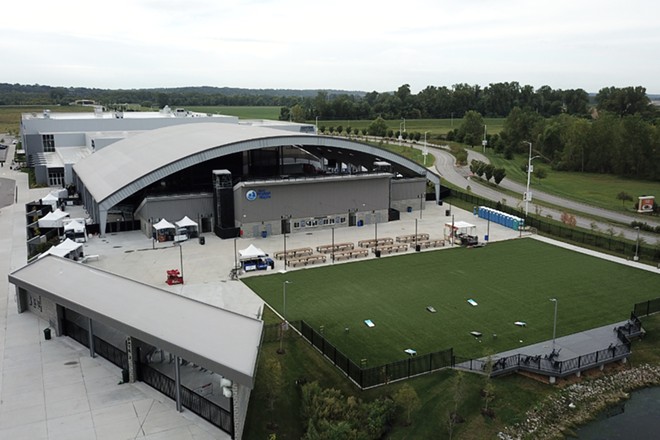 Welcome to May! Spring has sprung, and it kicks off with the world's cultures on display in one of St. Louis' newest music venues. The Maryland Heights WorldFest is an international dance and music showcase. There will be performances from the University of Missouri-St. Louis' Percussion Ensemble, Meghan Torno School of Irish Dance, the Ecuadorian Society, Dances of India, the International Shaolin Wushu Center and more on the International Stage. In the Unity Tent, Acoustik Element, Steel Drum Flavor and Dizzy Atmosphere will all perform. A kids' tent will let the little ones join in on the fun, while the adults can head over to the food and beer festival. Enjoy food from Wayno's International, 314 Social and Shiek's Sweets food trucks. Free to attend, the WorldFest happens on Sunday, May 1, at Saint Louis Music Park (750 Casino Center Drive, 314-451-2244, marylandheights.com/worldfest) from 11 a.m. to 5 p.m.