The September 15 celebration will include tram history, free cupcakes and more

DANNY WICENTOWSKI
St. Louisans and tourists alike love riding to the top of the Gateway Arch.

Looking at the elegant shape of the Gateway Arch, it sure doesn't seem possible that one could cram into a tiny elevator and take a somewhat terrifying ride to the top. How can an elevator (or in this case tram) curve? 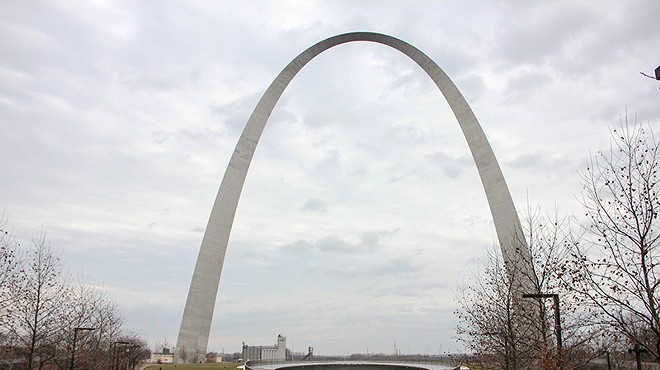 
It's that unexpectedness, my friends, that makes our very own St. Louis Arch tram freaking amazing.

It's only natural then, that we should all want to celebrate the person who brought this tram to us: Dick Bowser. Thoughtfully, the National Park Service has just the event to do so. (For the moment, try to forget what happened earlier this year.)

On September 15, the National Park Service will celebrate Bowser's 101st birthday with a packed day of programming, inclduing mechanics speaking about their work on the tram, ranger talks, a short film about the tram in the Tucker Theater, a button-coloring station, free cupcakes, a selfie station and a discount on "cable arch" gifts for those that not only like to visit the Arch but want to take part of it home with them.

Bowser, who was born on September 15, 1921, was a second-generation elevator manufacturer who came to design the tram at the request of Arch architect Eero Saarinen. He gave Bowser only two weeks to come up with the design, and Bowser rose to the challenge.

He came to Saarinen's notice for designing an elevator that moved not only vertically but horizontally, according to the Park Service. Though his initial contract was for two years, Bowser stayed on for six to finish the project and then until 1972 on maintenance.

It's pretty amazing that the system Bowser designed is still in use to this day. And, apparently, Bowser also thought the tram an unlikely, though thrilling, accomplishment.
On a 1992 trip to the arch, he's known to have recalled, "I told my wife, 'I can't believe I was involved in all this and I don't believe I have the guts to do such a thing again.'"

For more information or to plan your visit, visit the National Park Services website.
Email the author at [email protected]