At one time, degradation was the all-but-certain future of the film format. Technology has certainly paved the way for preservation, but what of the film reels and dusty VHS tapes that rarely, if ever, survive the leap to modern screens? St. Louis documentarian and video artist Chad Eivins, 46, lives in the limbo between the life and death of video formats — both analog and digital — as he strives to document the fantastical in a way that uniquely fits his camera's subjects. 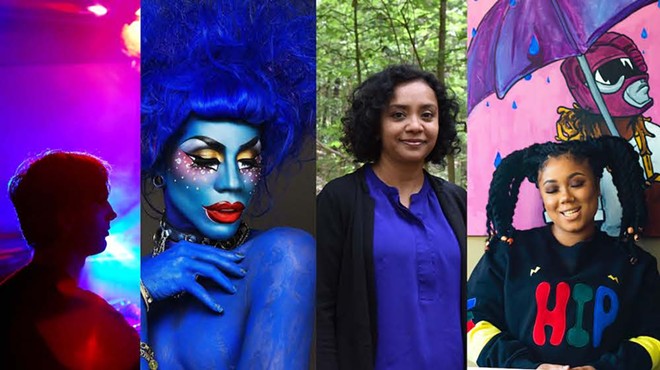 "Basically, my work boils down to collaboration, documentation and transformation," says Eivins, whose nearly three-decade career ranges from live multimedia installation to documentary and experimental films.

Under the moniker Chizmo.TV, he creates immersive video environments that celebrate the imperfect nature of obsolete media by projecting a live video feed of the performance back on top of the performers in real time. The resulting aesthetic mimics the patchwork nature of human memory, which shares a not-so-subtle commonality of degradation with film. In contrast to Chizmo.TV's embrace of chaos, Eivins also actively works as a video producer for Foveal Media with friend and director Bryan Dematteis to create clear and intentional imagery on film.

Scuzz Videos 2019 (The Movie) from Chizmo.tv on Vimeo.

Throughout the pandemic, Foveal handled videography and editing for many of New Music Circle's online concert events, which featured performances by renowned experimental musicians such as Lisa Cameron and Tashi Dorji. The shows were filmed in a variety of locales including a church filled with skate ramps in north St. Louis and the Empty Bottle, a music venue in Chicago, Illinois, where Eivins and Dematteis traveled to film on location.

"I took my time with the edits and didn't want these to feel like music videos. I wanted the audience at home to absorb the angles almost like you would if you were standing in one area watching the show," Eivins says.

Foveal's most impactful work to date is Black Artists' Group of St. Louis: Creation Equals Movement, a recent documentary that explores the life and times of the legendary multidisciplinary arts-and-music collective that was active in St. Louis from 1968 to 1972. While Eivins helped with the production of some interviews, his biggest contribution came in the post-production phase when he spent years reviewing the footage and editing the work into a cohesive story under the direction of Dematteis.

"[Dematteis] had already been interviewing members in the St. Louis area for a few years before he asked me to stop by and review the raw footage," Eivins says. After seeing the interviews, Eivins made a commitment to help Dematteis finish the documentary. To date, the film has been featured at multiple film festivals throughout the country with a recent screening on June 20 at the Vision Festival in New York City. 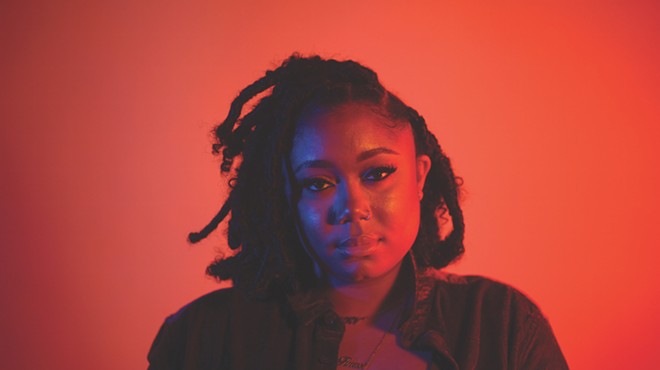 Before navigating the world behind the lens, Eivins first found solace in the once common, almost ritualistic behavior of channel surfing in the '90s.

While attending school at the University of Central Missouri in Warrensburg, Eivins stopped on the campus' public-access channel at the sight of a clown hosting a dance-off between a small cast of contestants. Eivin's interest was piqued at the end.

"The clown said they're offering classes on how to use the public-access station's AV equipment and [how] to start your own show. I immediately signed up the next day," Eivins says.

He bought his first VHS camera, filmed skits with friends and started mixing music into the footage. The Rollo Show debuted in 1995 on the campus channel and aired for less than a year before evolving into Lepers Disease TV. By this point in 1996, Eivins and his crew were calling record labels to request music videos, which became the main format for the show.

After moving to St. Louis in 1997, Eivins promptly went through local public-access training and brought Lepers Disease TV to area audiences. While he feels the name is a little silly in retrospect, the show was meant to represent the "diseased" or unwanted metal, rock and punk music that MTV wasn't airing at the time. Rather than just show music videos, each episode featured a unique host, theme and — the big draw of the show — surreal, multi-camera live recordings of bands playing in bars and clubs around St. Louis.

"This live recording was all done in the music venues [with] no headphones, no one being able to speak to each other — but operating almost like an improvisational jazz group would," Eivins says. 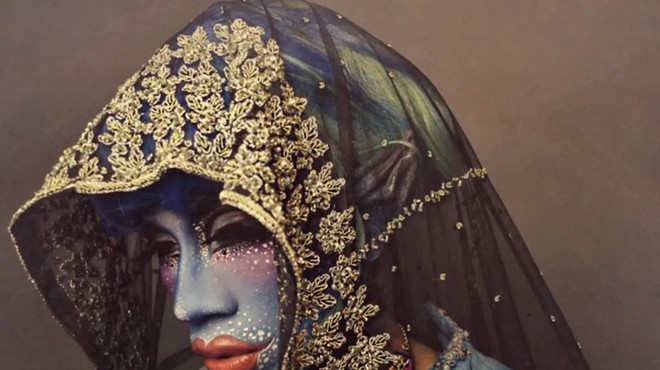 Multiple camera operators shot different parts of the stage as Eivins mixed all the video feeds in real time with analog equipment, often timing the changes or video effects to the band's music.

Limp Bizkit, System of a Down, Fugazi and Incubus are just a few of many bands caught in the wide net cast by LDTV in the late '90s. On one standout episode, Eivins and his crew interview and record bands at Warped Tour '98, which featured Deftones, Bad Religion, NOFX and more. Wtah this and other episodes here.

Before its final episode in the summer of 2004, LDTV enjoyed a three-year stint on the Manhattan Neighborhood Network in New York City. In 2003, Eivins raised money to buy paid-programming time slots on the UPN station in St. Louis, where the show played on broadcast TV at 2 a.m. for a year. Eivins also worked behind the camera throughout the 2000s, filming a variety of hip-hop artists including Nelly, Murphy Lee and Juvenile, to name a few.

With an eye for the obscure and more than two decades of experience in filmmaking, Eivins uses his filming and editing techniques to make transformative work, often under the name Chizmo.TV. While he's backed up many musicians onstage with live projections, his collaborations offstage include music-video work with several St. Louis bands such as Middle Class Fashion and Blank Generation with Damon Davis.

"I want to keep exploring new ideas with my approach to the work. I think we can find value in the tools of our past — in my case, the VHS tapes, VCRs and even some of the same equipment I used with the public access show in the '90s," Eivins says.

Eivins' video installations have been featured at the Contemporary Art Museum St. Louis, Saint Louis Art Museum, Regional Arts Commission and Granite City Art and Design District, not to mention a long list of music venues and art galleries throughout the river city. He shares his deep knowledge of video production by teaching ongoing courses at the St. Louis Public Library downtown, and he has even taught an animation class to children at the Tower Grove Park summer class (now known as Artscope).

We will honor Chad Eivins as recipient of the 2022 ChangeMaker Award for video artist / documentarian on Thursday, June 23, at Art A'Fair where he'll be exhibiting a reactive video feedback environment titled "Cannibal Hymn" in collaboration with artist Jason Triefenbach.