Forerunner: A Story of Pain and Perseverance in America hits shelves this week 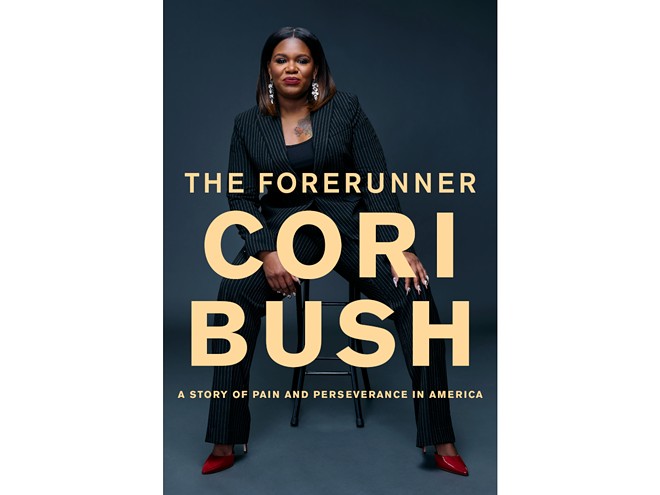 Knopf
Forerunner: A Story of Pain and Perseverance in America comes out this week.

Cori Bush has always had a story to tell, and she's never shied away from telling it. From living unhoused as a single mother, to her two abortions and fighting on the frontlines of Ferguson, Bush has recounted her life story to countless crowds and reporters.

Now, for the first time, Bush is telling her story in her own words. This week, her memoir, Forerunner: A Story of Pain and Perseverance in America, hits the stands. It's not the "typical political memoir," Bush says.

"People told me to use this book to talk about my policies and relate it to my personal story," Bush tells the RFT. "But I wanted this book to be a memoir — why I fight the way that I fight."

In the book's 251 pages, Bush recounts her life, from early childhood in Northwoods, Missouri, to her election to Congress.

In a way, Bush has been writing her memoir for 20 years. Even at a young age she was a talented writer, winning a writing contest in high school. At 16, an elder at her family's church encouraged her to write a book. She started keeping journals, recording incredibly personal details about her life. But after various moves, Bush has no idea where the journals are.

If they're still out there, those journals "tell all."

"One of the books even has a body count on the front of the inside cover," Bush says. "I realized later, looking at those folks that are on there, how many were rapes versus consensual sex?"

Bush wrote about multiple sexual assaults and rapes she survived in crushing detail in her memoir. In the first 10 pages of her book alone, Bush recalls a time she was raped by a "faith leader," just four weeks after her unsuccessful run for U.S. Senate in 2016. The faith leader had a house for rent, and Bush took him up on a tour. She had felt her rise in public attention made her first-floor apartment feel unsafe for her and her two kids, Zion and Angel.

To Bush's surprise, the faith leader grabbed her and forced himself onto her in one of the house's bedrooms.

This is just one of many anecdotes of sexual violence Bush shares in Forerunner. Despite the difficulty of writing and editing such vulnerable memories, Bush was determined to do so.

"I just really wanted to go all the way in so those who don't understand — those that push us away, those that tell us we're lying, those that say it was our fault — take it in and see what it can be like," Bush says. 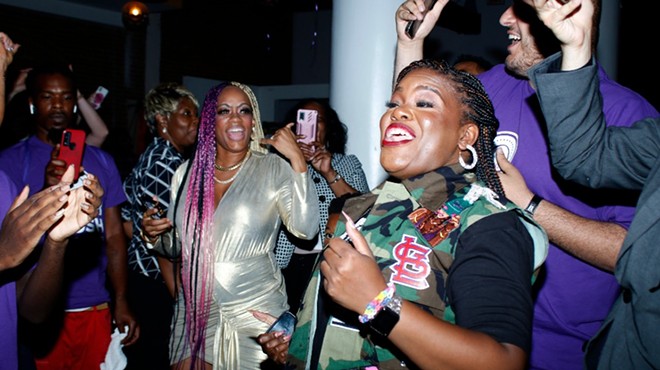 Bush spends much of her book putting up a mirror to St. Louis city and county. As a single mother with no safety net, she faced eviction after eviction. At one point, Bush lived in a 1996 Ford Explorer with her ex-husband while her two kids were still on formula. She climbed through white-dominated and racist environments — including one of her own high schools, the now-closed Blessed Trinity Catholic School in Spanish Lake. Bullying by students and teachers caused Bush to leave school after only one semester there.

Yet we all know Bush makes it through. The congresswoman hopes Forerunner will serve as a ray of light for women who've lived through similar tribulations.

"I hope that people see that even as somebody who has the past that I had, you can still reach way beyond the stars," Bush says.