Don't Come Around Here No More: With Alice in Wonderland, Opera Theatre goes out on a limb and falls off 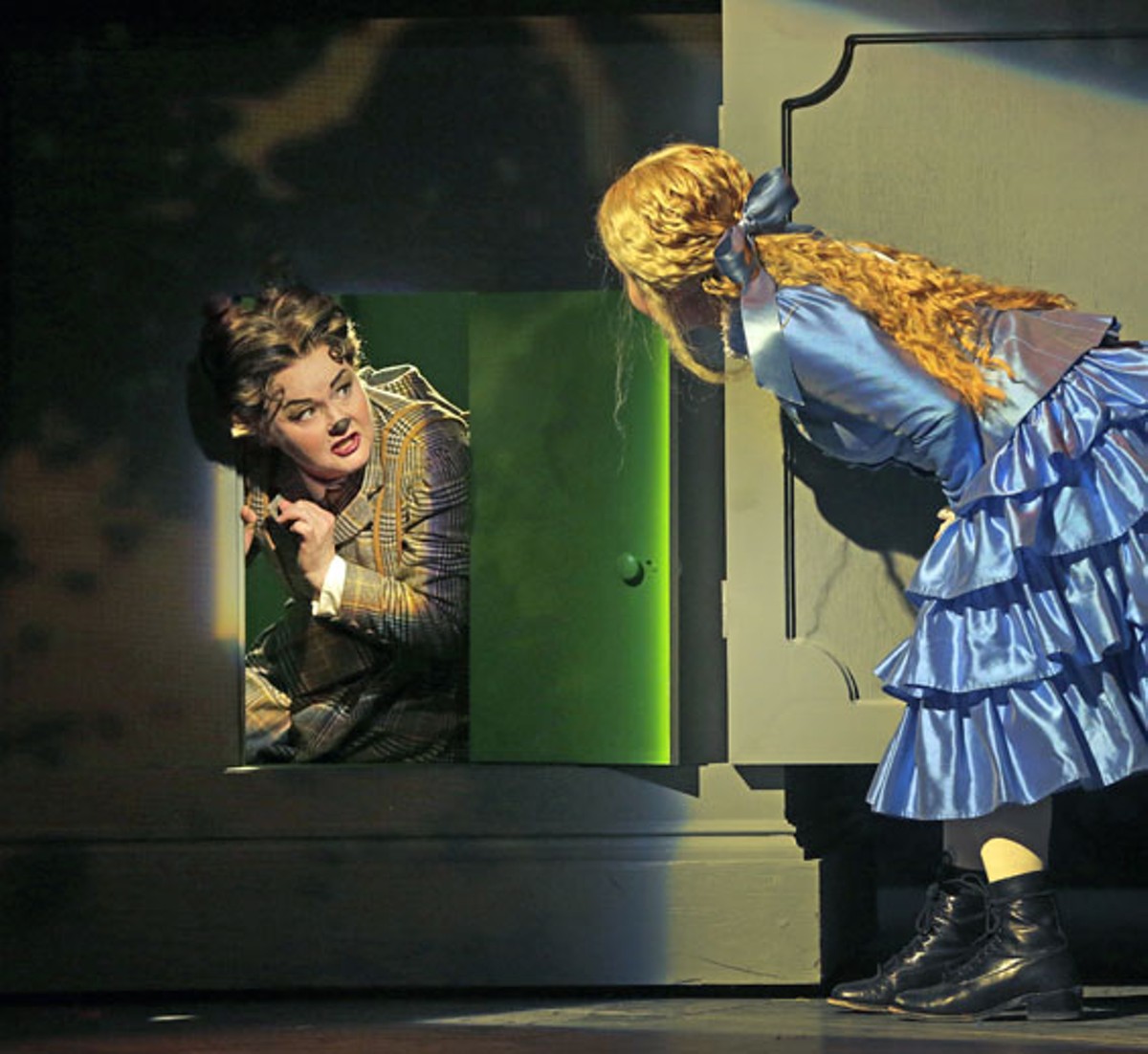 Tracy Dahl as the Cheshire Cat and Ashley Emerson as Alice in Opera Theatre of Saint Louis's 2012 production of Alice in Wonderland. Ken Howard

Don't Come Around Here No More: With Alice in Wonderland, Opera Theatre goes out on a limb and falls off

Opera Theatre of Saint Louis takes one big risk every year, throwing in a modern production or an opera that's rarely performed. This is no small thing. Most opera companies are terrified to paint outside the lines, and for good reason. Staging an opera is expensive, empty seats anathema. Two words sum up the typical opera season: same and old.

As you might guess, Alice in Wonderland, this year's OTSL long shot is based on the eponymous Lewis Carroll classic and its sequel, Through the Looking-Glass. It's a show with a great pedigree and an unlucky history.

Unsuk Chin, who composed the music for Alice, is a rising star on the international classical-music scene. Born in Korea in 1961 and now living in Berlin, Chin is known for her complicated soundscapes, which combine electronic and acoustic elements. She studied under Gyorgy Ligeti, an acclaimed and controversial avant-garde composer of the late 20th and early 21st centuries. Her Violin Concerto won the $240,000 Grawemeyer Prize in 2004; the following year Chin was honored with the prestigious Arnold Schönberg Prize.

Alice was originally commissioned by the LA Opera but hadn't got to rehearsals when the budget went dry. When LAO conductor Kent Nagano moved to the prestigious Bavarian State Opera in Munich, he took Alice with him. The German premiere was greeted by rave reviews from most critics, awards for new opera of the year — and "storms of boos" from the audience, according to Bloomberg News. That was in 2007. No opera company has been brave enough to take on Alice since.

OTSL did not skimp on its production. The company commissioned Chin to rework her hugely ambitious score to accommodate the Loretto-Hilton Center's smallish orchestra pit. She compensated for the manpower shrinkage by adding more percussion, as well as electronic keyboards and sample equipment. The cast numbers 35, not counting the children's chorus. The production has brought out brilliant work from Opera Theatre's behind-the-scenes crew. In fact, Alice may be veteran OTSL stage director James Robinson's most spectacular achievement. His staging combines video by Greg Emetaz, inspired lighting by Christopher Akerlind, fabulously inventive sets by Allen Moyer and sumptuously imaginative costuming by James Schuette. All comes together to create a unique and dazzling dreamscape that takes full advantage of the Loretto-Hilton's intimate dimensions while exploding the limits of its modest stage.

The vocal and musical performances are as spectacular as the setting. Conductor Michael Christie and his players deliver Chin's difficult score with precision and passion. James Meyer's bass clarinet solo, as the voice of the dancing caterpillar (played, in turn, by OTSL choreographer Seán Curran), is sensitive virtuosity at its zenith.

There are two huge problems, however.

The first is the score. Chin's music makes nearly impossible demands of her singers. The composer has no respect for the normal — or even extreme — limits of her vocalists' range. For example, as the King, Bradley Smoak is called upon to go from the bottom of his plush bass into a soprano falsetto in the space of two notes. The same sort of extreme push happens again and again, to every singer in every range.

What's truly amazing is that the cast members manage to spin gold out of the dross that is Alice's score. Each and every one of them musters moments of absolute vocal genius. Every performance is a monument to these singers' skill, talent and creativity. And all for a score that has no merit behind all its pedantic complexity. In straining for "originality," Chin has created anti-melodies that need to be overcome rather than sung.

And then there's Hwang's script, which succumbs to many of the same problems. Hwang has opted to string together Lewis Carroll's wonderful puns, poems and absurdities into a virtually plotless Dadaist minstrel show. The result: pithy bits, pseudo-intellectual blather and absurdist melodrama, stirred up and seasoned with Carroll's playful language games.

And for all the chaos, OTSL's Alice makes for an amazing night of theater, replete with great performances and fabulous visuals. By all means go; you're unlikely to experience anything like it ever again — if only because no one in his or her right mind would want to produce it.