The theater will open sales up for Elf, Les Miserables, Blue Man Group and more 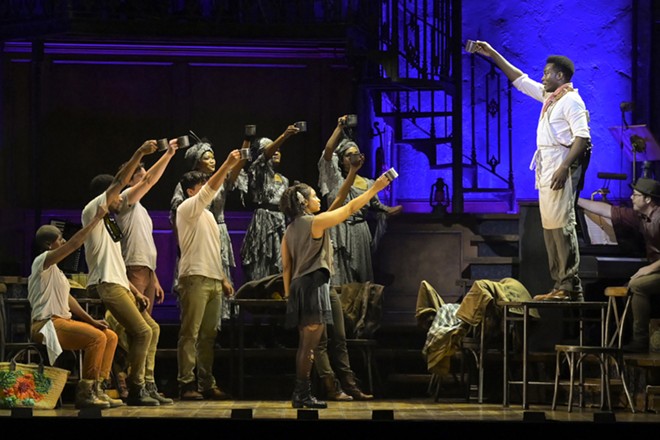 Kevin Berne
Tickets for Hadestown are on sale now, and the Fox will more open single-ticket sales on September 6.

Subscribing to an entire season of performances is a special thing. Not only do you get to see a fantastic run of shows but also committing to doing so ahead of time often gets you out the door and into some crushed-velvet seats when you might have otherwise remained on the couch aimlessly scrolling through Netflix.

But maybe you just can't commit that far ahead. Or maybe you want to mix and match among theaters, the symphony and all the other fantastic live-audience arts available in St. Louis. Or maybe only one or two shows are in your budget this year.

In that case, single-ticket purchasing is the answer — and you're in luck because the Fox Theatre will open up single-ticket sales for nine more of its 2022 to 2023 shows at 10 a.m. on September 6. Tickets for Hadestown, Disney's Frozen and Ain't Too Proud - The Life and Times of the Temptations are on sale now.

Those on sale in September will include:
Email the author at [email protected]