Frozen Opens at the St. Louis Fox Next Week

Grab your kids and get ready to "Let It Go" 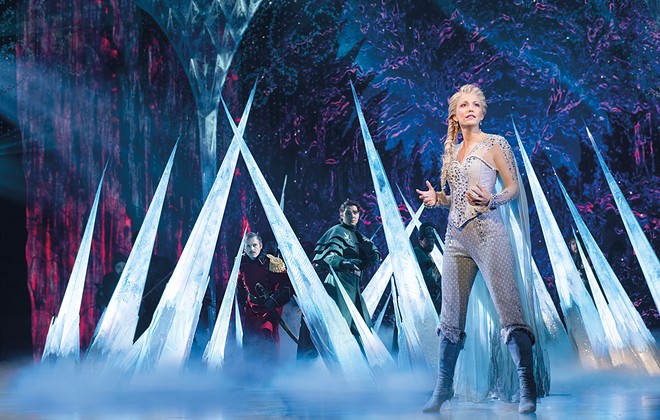 DEEN VAN MEER
The traveling production of Frozen debuts at the Fox on Wednesday, November 2.

Anyone who's been a caretaker of children at any point since 2013 needs no introduction to the Disney movie Frozen.

But for the rest of us: The story follows two sisters who are princesses in the fictional kingdom of Arendelle. The elder sister, Elsa, has magical ice powers that are a tiny bit out of control as well as a sibling, Anna, who doesn't understand why her big sis won't relax and play with her. Things go south as Elsa is crowned queen, and she runs away. But Anna follows, determined to save the day.

You could find out how the situation resolves by clicking on the remote, but why do that when you can head to the Fabulous Fox (527 North Grand Boulevard, 314-534-1111, fabulousfox.com) for a production of the Tony-nominated Frozen musical? The show begins at 7:30 p.m. on Wednesday, November 2, and tickets are $29 to $99.