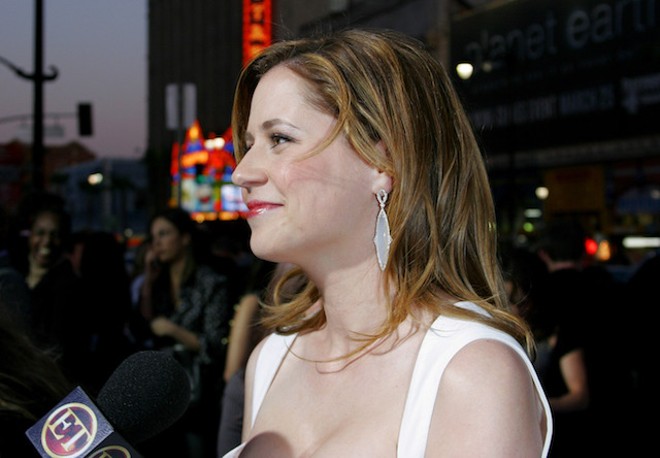 The St. Louis native sat down with Marc Maron for his podcast, WTF with Marc Maron, in an episode that dropped this morning. And while she was there to promote her new book, The Actor's Life: A Survival Guide, they ended up first talking about her hometown.

And let's just say Fischer didn't do civic boosters any favors — effectively damning us all with the faintest of praise.

"Not many people do that," Maron responds. "I mean, not many that I've talked to." He mentions Jon Hamm and then adds quickly, "I've been to St. Louis, I like it."

The pair briefly discuss the tram cars that go up the Arch ("it feels like you're going to die," Fischer say). Then Maron calls it "a pretty American city," though it's not 100 percent clear if he means "a pretty, American city" — a.k.a. "such a pretty city, and also American" — or "a pretty [typically] American city." (Perhaps both are true?)

Continues Maron, "William Burroughs is from there. ... Do you go back?"

"All the time," Fischer says. "My folks live there and my sister and her family live here." 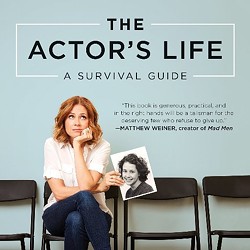 "Yeah, it's OK," Fischer responds. "There's things about it that I miss and that I like."

But if you think she's about to give Ted Drewes a shot-out, or maybe praise Forest Park, guess again. Says Fischer, "I'm always surprised at the amount of ample parking. And that's not a joke. I really mean it. If you want to go to a restaurant, you just park at it."

Now, having lived in LA, we'd have to agree she has a point. "Ample parking" is super nice, and something we're far too likely to take for granted. If only she'd ended there!

"But is it a populated city?" he asks. "Is it one of those cities that got suburbanized and everyone left, and now they tried to make it hip again so they built some restaurants and people come in on weekends maybe?"

And that's when Fischer sticks the knife in our city-dwelling heart.

"Oh yeah, I never go into St. Louis city, like where the capitol is, and the Arch, unless you go to a ballgame," she says, sounding like one of those Chesterfield-dwelling Post-Dispatch commenters who'd never dream of going downtown for anything other than a Cardinals' game. (Really, the capitol? Seriously??)

She continues, "And they did try, they tried to build it back up." She notes that a friend purchased a condo, saying she was "going to be part of the reinvention of the city" — "and it ended up blowing up, didn't work out, she had to sell it at a loss."

The actress then back-pedals a bit, saying she did go visit her friend's condo — before, presumably, everyone gave up on the "reinvention of the city" and we went back to quietly going about our capitol business.

"She had a great place," she says.

Now, in fairness to Jenna Fischer, as the podcast continues, it becomes clear that she's not anti-St. Louis — she's really just a suburban girl who's skeeved out by cities in general. Turns out she lives in Glendale, California, a lovely part of Los Angeles not all that different from Glendale, Missouri. Hey, she's a mom! Not every mom wants to be where the good restaurants (and bars, and galleries, and book stores) are. Let's not forget, the Nerinx grad grew up in Manchester. Most of what she saw before heading out to make her name in Hollywood was likely south county.

Maron, to his credit, tries to throw urban areas a bone. He graciously mentions that downtown Los Angeles had a similar feel for awhile, "and now it seems to be happening," he says. "I hear that."

Fischer's reply? "It seems good, but you go one block too far and it's super scary."

OK, so it's not us. Downtown LA, after all, is becoming so hip so fast, all the artists are being forced out — and the residential population is growing by leaps and bounds.

Which leads us to a sad conclusion: You can take the girl out of St. Louis County, but you can't take the county out of the girl.

Hey, at least when she comes home to visit, we've got very, very ample parking.