Justin Luke Keeps the Laughs Coming, Even With a Day Job 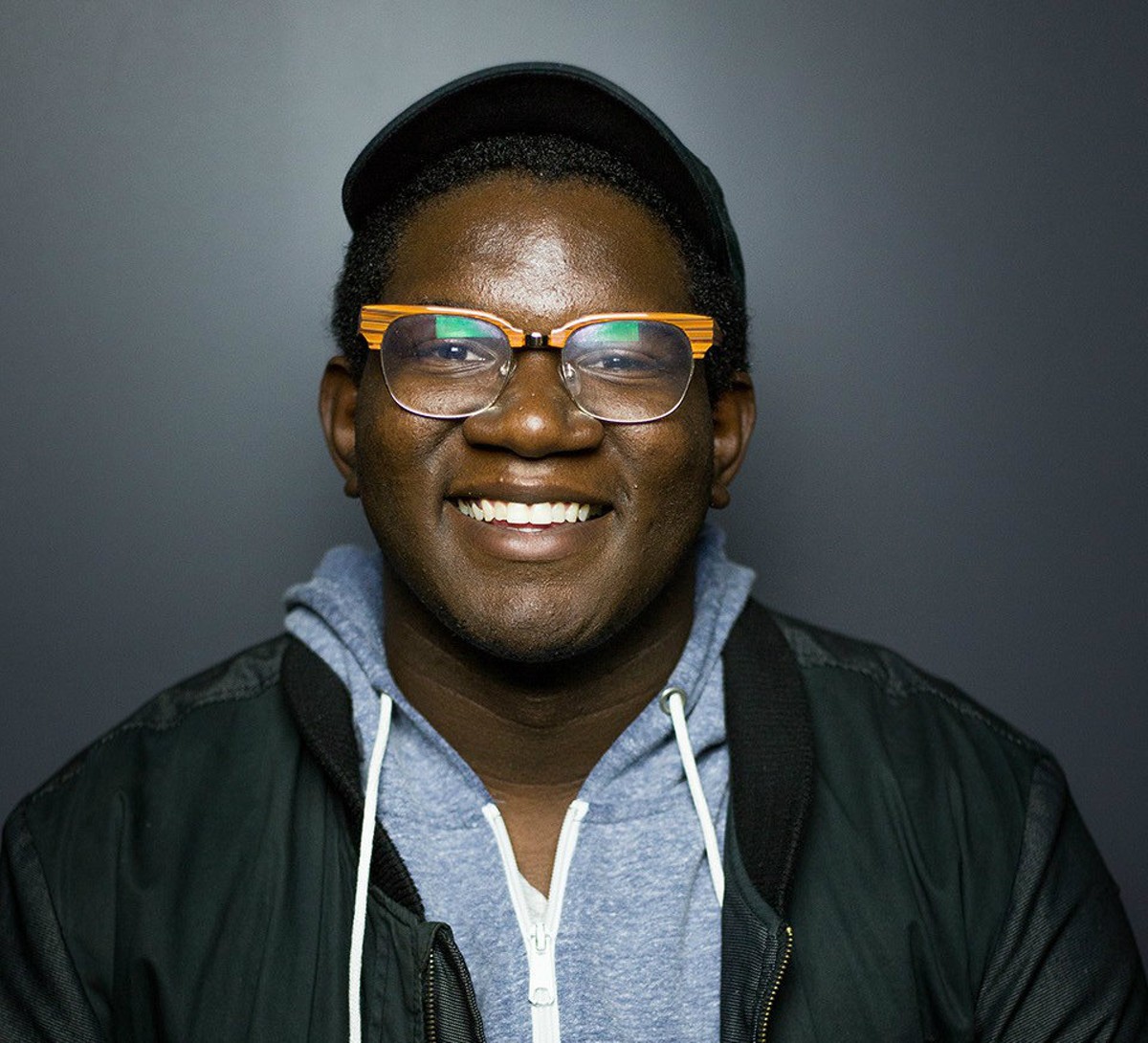 Justin Luke is easily one of the funniest people in St. Louis. NATHAN PARKER

You're never too young for an existential crisis. Just ask local comedian Justin Luke, who, at 23, is adjusting to life as a working man, with a daily gig as a coder. After a stint at the St. Louis-based training center LaunchCode, the young man moved immediately into the workforce — which is exactly what the program is meant to accomplish.

Unfortunately, though, work has also claimed no small measure of his time, which formerly was given over to hitting local open mics on a near-nightly basis. On those rounds, Luke has proven himself over the past five years as one of St. Louis' funniest human beings.

"I'm in a weird place with standup," he says. "When I went to LaunchCode I had to take a break, and then I started a job doing that and I've been at it for two months now. I've never had a nine-to-five job before, and I'm having some trouble adjusting to it. There's comedy stuff I do every once in a while. Like, I was just in Milwaukee for the Cream City Comedy Festival. Last night, I went to Crow's Nest, but I hadn't done any standup since coming back from Milwaukee. I'm trying to gain the balance of where I can find time to do comedy and have this job. I dunno, it's interesting."

His day job is yielding, at the very least, material. At the Crow's Nest, for example, Luke launched into a hilarious bit about the seven-hour stay of a sealed Dr. Pepper can in the office bathroom. It's a simple idea, brought to life by the oversized enthusiasm that Luke gives his material. Observational humor has always been in his bag of tricks.

When he's on, Luke is able to control a room through sheer power of voice, calling out those not in the moment, wandering into the audience just close enough to get attention.

But as a classic self-critic, Luke's not completely satisfied.

"There are moments, even here [at work], where I think. 'That's good, but you can get better,'" he says. "I've been trying more lately to not feel this imposter syndrome. I worried that I wasn't just good enough for the job. Well, no. I did this and I did that and I'm good enough for the job. And I'm working to apply that to my standup. I am good enough to be there. I'm still funny. In Milwaukee, the show was at a huge venue, and half the room was paying attention and the other half was talking as loudly as they could. I got to silencing that crowd and had them enjoy my set. I can sit back and enjoy that. The feeling that you deserve it and deserve to be wherever you are. And I'm working on getting that back."

Luke's next opportunity is set for Wednesday, June 13, when he'll take part in "Boondoggle." It'll be the sixth episode of a two-man show created by Aaron Sawyer, who returns to the Heavy Anchor every two months for a gig that combines standup, sketches, pre-recorded videos and a few threads that run throughout each performance, though each can be viewed as a standalone show.

"When he did the first show in November of last year, he'd already planned out his guests for the next year," Luke recalls. "He asked me way back in December and I was already on board; I was in love with the idea of the show. We met up after the show he did in April, and we were just pitching ideas on what we both thought was funny, what we could do. The last one had a TV executive come visit the show, so we started building with that. We got some video ideas, started filming those.

"The challenge of the show," Luke adds, "is that you're creating with just two people."

In a sense, that challenge is something that Luke has built towards, having cut his teeth in St. Louis' sketch-and-improv world.

"When I started doing comedy almost six years ago, it was in groups of five or six," he recalls. "I was working with Bare Knuckle Comedy and we'd figure out together how to do this thing. It's easy to come up with a show in a month when you're working with six or seven people. But it's very difficult to do with two people. To come up with an hour's show with just two people is more difficult than I'd imagined; you really have to rely on each other, and you can't falter. In a group show, if you're slowing down, someone else can pick up the slack and the entire show's going to be done. And you're trying to keep yourself motivated over the course of two months. It's been a lot of fun, and I've learned a lot about sketch writing."

Over the past few years, comedy shows in St. Louis have stretched beyond the typical one-microphone, three-comics approach, in large part due to smaller venues like Heavy Anchor and Foam giving new concepts a shot. Meanwhile, the Improv Shop's arrival has coalesced the improv scene, with two professional stages that allow some shows to migrate from other rooms. Shows such as "Sorry, Please Continue," "Fatal Bus Accident," "Live Comedy DVD" and "Shut Up During the Movie" are consistently produced and as consistently funny.

The arc is not lost on Luke, who began appearing on St. Louis stages just prior to this mini-renaissance.

"What's been really cool is that, when I started, there were standup shows and then you had Bare Knuckle Comedy using sketches and characters," he recalls. "There was maybe one other show doing some sketch, but there weren't a lot of venues. There are so many shows now that aren't just standup, which lets you stretch your legs. That's seriously cool. For 'Boondoggle' I actually have to rehearse, go over these lines and be directed, which is really cool, and an experience that a lot of comedians should have."

A few months back, Luke was on "Fatal Bus Accident" doing standup when something unexpected happened. Performing in the darkened space, he stepped just past the monitor riser, falling off the stage. Nimble as a cat, he landed on both feet, sticking the landing mid-joke. He told a couple more jokes down there, then used the moment as color throughout the rest of his set. What was near disaster became a riotous moment. There's probably a metaphor in there.

Justin Luke's gonna figure it all out. He's just too talented not to.