When Ashley Seering saw a news segment on the city skatepark under the Kingshighway bridge, she knew there was more to the story. A local student, Seering says it was clear to her that the site would make for a compelling documentary subject and was one that deserves more attention -- especially since the park, in its current form, will not exist for much longer.

"It's a special place and it's going to be gone," Seering, a Southern Illinois University Edwardsville student, tells Daily RFT. "I wanted to have some way to put it in the history books for them."

So she took a trip to the park, at the intersection of Kingshighway and Bischoff Avenue, and started chatting with the regulars.

She last week released the final product of this effort, a documentary short called "Everything Will Be Forgotten," which she co-produced with Cory Byers, an instructor at SIUE, where Seering, 21, is a television production student.

The film is only ten minutes and well worth your time:

The park is overseen by a group called Kingshighway Vigilante Transitions, or KHVT, which has established itself as a 501(c)(3) nonprofit organization that is working on securing a new home for the skatepark.

As KHVT explained in a recent Kickstarter campaign, thousands of youth and parents originally came together to build St. Louis' first and only free skatepark, hidden in the abandoned area under what is officially called the South Kingshighway Viaduct.

The bridge, however, is 76 years old and deteriorating; the city is planning to destroy it and rebuild a new structure on the site, which is why KHVT is working to transition to a new location.

That's also what attracted Seering to the site, which had not previously been documented in any substantive way. 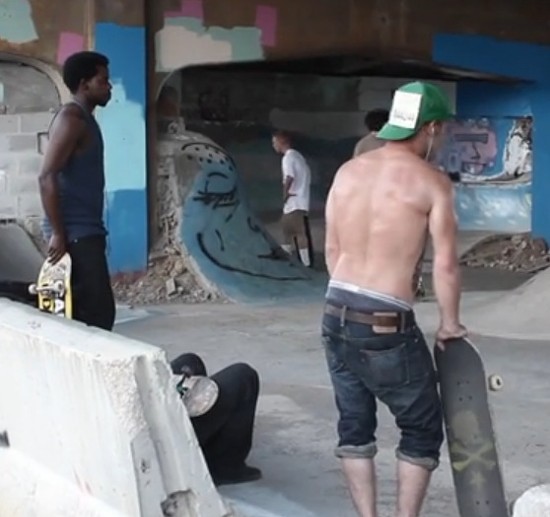 via Vimeo / Ashley Seering
Everything Will Be Forgotten

"This is the final summer. A lot of them were treating it like that," she says. "It's kind of like someone's senior year in high school. They want to make sure they can get down there as much as possible. They were trying to make the most of it while it was still there."

As she notes in the film, and as we reported earlier this year, KHVT has signed a lease with the city for a new home at a lot at 4415 Morgan Ford Road to be named the Peter Mathews Memorial Skategarden. As the name suggests, the project aims to incorporate a community garden that surrounds the skate area.

Seering's film is focused on what the group has built under the bridge.

"We had no idea what we were going to encounter," she says, "but they were really open to talking."

"It's become a landmark for them in the city," says Seering, who grew up in Mascoutah, a small city in St. Clair county. "St. Louis has a lot of these little communities, little subcultures that are really important to keeping the culture of the city alive."

"What they really want people to know is they are a community within themselves," she continues. "Their intentions are good. They really want to make it a place that people can come to, where kids can stay out of trouble. It's all ages down there." 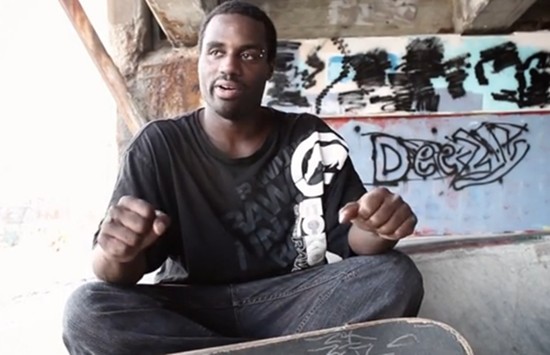 She adds, "Their future is really bright."

It will, however, be in a different location.

As one of her interview subjects repeatedly says, "Nothing lasts forever."

KHTV's Kickstarter from the spring.