Missouri Chose a Total Badass as Its Favorite Female Superhero 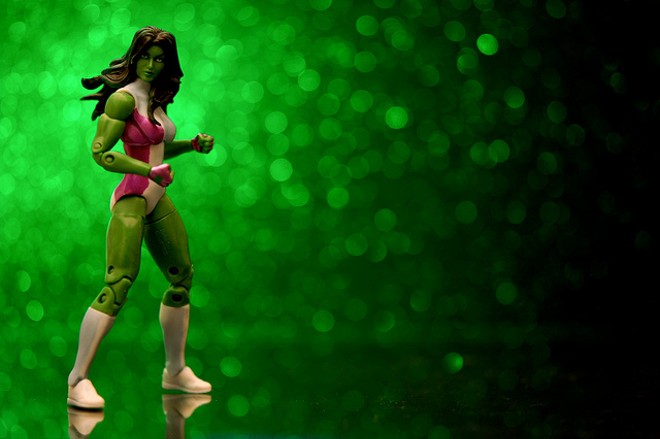 FLICKR/JD HANCOCK
Missouri, you got this one right.

According to a recent survey, Missouri's favorite female superhero is She-Hulk. No, not Sarah Huckabee Sanders — the Marvel character who was born in the late-ERA days of the 1970s.

Her backstory is ... complex. Jennifer Walters was an attorney who was injured in an accident and needed a blood transfusion, stat. Unfortunately, the only person with the same blood-type in the area was her cousin, Robert Bruce Banner, a rageaholic incel who, when angered or afraid, transformed into an incredibly strong, incredibly simple big green boy who tended to smash things while wearing tattered purple pants.

Post-transfusion, Jennifer Walters found she gained the greenness, the increased strength and the body mass, but retained control of all her mental facilities. She did not need to be enraged to tap into her powers; she was a superhero all day and every day, just like most women.

In recent years she's been a successful attorney who defends her clients as an openly green Amazon warrior, all while superheroing after hours and dating an array of men, among them that dazzling urbanite, Luke Cage.

In short, Missouri's favorite lady superhero is a ripped, raging woman trying to cope with this vile fucking world while not killing anyone. Is it any wonder Missouri's put-upon women identify with her?

The survey comes from Frontier Communications, "a leading provider of TV, phone and Internet services." The company analyzed Google Trends data from the past year to identify each state’s most searched superhero.

For more about the other choices from states around the nation, check out its report.