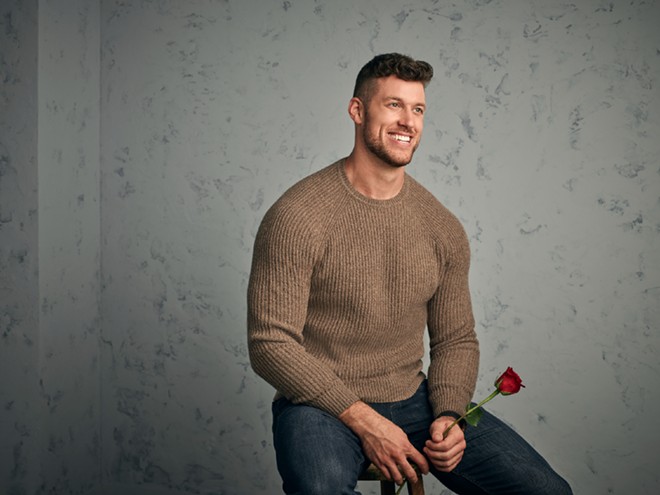 Photo Courtesy of ABC / Pamela Littky
Missouri native Clayton Echard hit the small screen one last time.
Well, that didn’t go the way our Missouri thoroughbred wanted it to. Spoilers ahead for this season's The Bachelor finale.

Eureka native Clayton Echard arrived once more in all his turtle-necked glory. If you haven’t been watching up to this point, let us catch you up: Having whittled 30 women down to three, now Echard was down to his final pick.

And she said no.

For the first time in the Bachelor history, the Bachelor was rejected at his Final Rose Ceremony. Echard had pined after Susie Evans, but last week Evans was eliminated, after Echard admitted to her that he had slept with the other women and told them he loved them.


This week Echard begged the two other women to stay, after explaining why Evans was missing at a rose ceremony. But then he promptly broke up with them in a group setting.

You read that correctly: He did not take either woman aside to break up with them, but instead gathered them like he was the drama instructor and they didn’t get parts in the school production of Romeo and Juliet. All of this in order to chase after Evans.

Even after she'd broken up with him.

Chaos ensued at this point, with lots of reality TV tears and Evans eventually coming back to the show. It all led up to the climactic moment: The Final Rose Ceremony.

Echard confessed his love to Evans, and asked her to give it a shot. When she said she couldn't, history was made — in a no good, terrible way. Echard was shattered, looking like a kicked puppy. Still, he let her go and then stood in the rain for an uncomfortably long time as Evans’ limo pulled away.

As part of a live interview, Echard was then ripped into by the women he broke up with in the group setting. He continued looking like a kicked puppy, while repeating that he was sorry for his actions. The women weren't buying it though, and the Missourian looked increasingly exhausted. Still, the show somehow ended on a high note for him.

Evans came out and announced that the two had rekindled and would be moving in together in Virginia (where she lives). After all of the drama, the self-described “Midwest boy” got a happy ending.

But while we wish Echard and Evans well, we would like to lovingly remind them that Virginia doesn’t have toasted ravioli. Or Imo’s. So good luck!