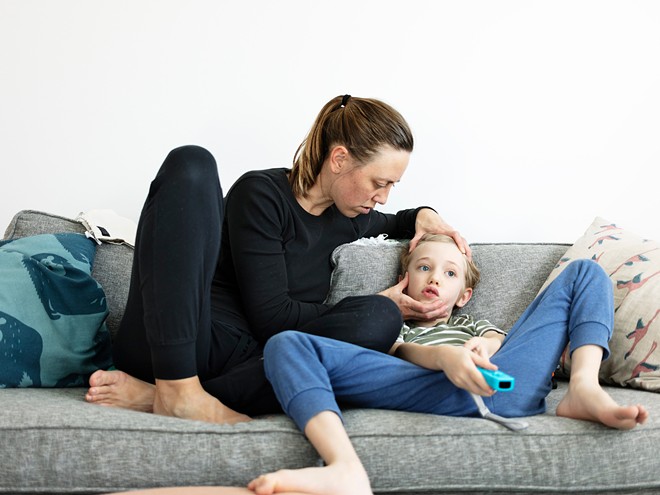 When it came to motherhood, Angela Shaffer had clear family examples. Almost every woman — on both her mother's and father's sides — were stay-at-home moms.

"I had this generational, passed-down idea of what it meant to be a mother, what it looks like," she says.­

But then Shaffer got pregnant — and it was not smooth. For the first 17 or so weeks, she was intensely nauseated. Then, as that cleared, she became ravenously hungry, feeling like she couldn't get enough. Finally, at the end of the pregnancy, she was almost diagnosed with gestational diabetes.

The experience shook her.

"I felt very isolated," she says, noting that she went from finding validation through a career as an art teacher to being a stay-at-home mom. "Experiencing this shift and how I was perceived within society was a really eye-opening experience for me."

Shaffer, 39, began exploring this tension through art, producing a series of photography projects investigating different aspects of motherhood. A selection from one, Good Mother, is showing at the Sheldon through Saturday, January 21.

For Shaffer, so much of her inspiration at the moment comes from her experiences with motherhood — even the fact that she's making photographs at all. 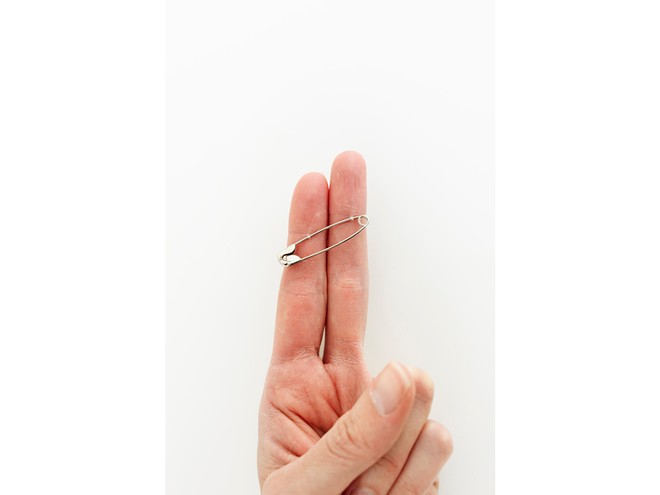 Growing up in a small rural town in Somerset County, Pennsylvania, with parents who owned a consignment art gallery, Shaffer always had art around her. Her father was also her elementary school teacher. So it was no surprise when she followed them into the field, studying painting and drawing and then becoming a high school art teacher for five years.

In 2006, she married a high school classmate who also taught art, following him to Kentucky and then to Missouri in 2013, where he got a job teaching photography at the University of Missouri–Columbia. She had their first child, Casper, about a month after they arrived.

"So it was two years [later] — I think my son was two years old — I was losing my mind as a stay-at-home mom," Shaffer recalls. She'd always wanted to learn film photography, so she audited an undergraduate photography course at Mizzou.

Stepping into the darkroom, Shaffer felt something click. In the past, she'd felt some frustration at not being able to get her artwork to capture her ideas. But things just worked with photography.

For her final project, she began a series about stay-at-home moms, Staying Home, and used that work to apply to Mizzou's master of fine arts in photography program, which she is poised to graduate from. In school, she worked on Shadow Moms, a series on how society undervalues maternal care. In it, she photographed and often staged mothers in their own homes.

Probably Shaffer would have continued down that path — except for COVID-19.

"My work shifted because I couldn't go into these spaces anymore," she says. "I started to turn the camera on my son a lot more, so then I started to turn it on myself, and I realized that I was connecting to the work so much differently." 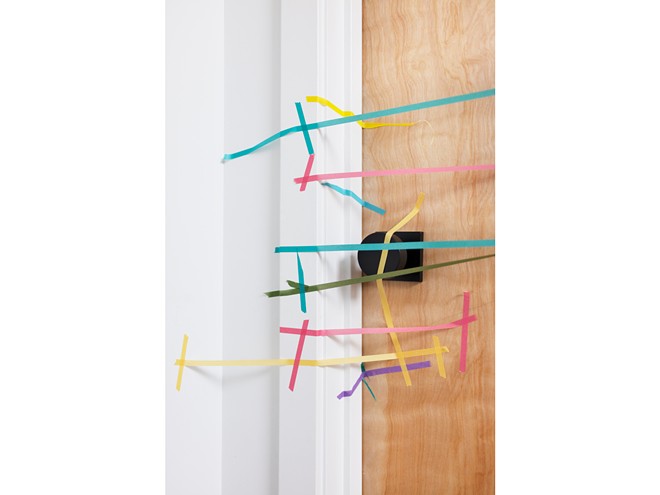 Shaffer realized she'd been struggling to make the work that she really wanted to be making, recognizing that there was still an aspect of performance when she worked with other people. But at home with Casper, that got stripped away.

"It started to evolve into this idea of allowing that truth and that ugliness and that reality of motherhood to come through in the work more," Shaffer says. "I think it opened up the space for me to be more authentic and to speak to all of this psychological baggage."

Those photographs became Good Mother. The series investigates the ever-changing relationship between Shaffer and her son. In her artist statement, she writes about her anxiety for the future and about her desire to shape him into "the man I think he should become" as he makes his own way in the world.

The work included in Good Mother captures the tension Shaffer speaks of. In one image — one she calls the "pinnacle" of the work — a pin pierces the skin of two of her fingers.

"That one is a very visceral, symbolic idea of our connection," she says, "and then have this kind of pain ... it's one of the ones that I think people cringe more at."

Others depict Casper biting her shoulder or teeth marks or the two clutching each other's wrists. One shows a letter from Casper where he apologizes for saying that he wanted to kill himself and promises not to do so again.

But it's not all seriousness. There's plenty of humor throughout — and even more tenderness.

In one image, Casper sits on Shaffer's lap, and they clutch each other tightly. She rubs lotion on his back. Their faces press into the same pillow. He wears a crown that reads king as he gazes at the viewer. In yet another, they both lie on a bed, and her hair spills over his face.

Shaffer posed most of the photos, but others were more spur of the moment. In one, Casper sprawls on a couch, and Shaffer clutches his head, looking like she's examining him, which began with a real moment.

"I literally walked into the room, and he was watching TV, and I asked him to do something, and he just didn't hear me," she says. "I was like, 'OK, I'm gonna use this.'"

Though that image came without much fuss, that didn't hold true for the whole series. There were moments of struggle, when he cried and said he didn't want to do it anymore, when Shaffer thought she should abandon it. But then the two came up with the contract, which viewers can check out in the series.

In it, Shaffer agreed to respect his boundaries and pay him an agreed-upon amount. In return, he would give her some of his time without fuss. She says he treats it a bit like a job now.

She's happy with that but hopes that later in life he'll look back at the time and the things produced together. "[I hope he will] see what we made together and see how powerful and significant it was for me to do that with him," she says.

Shaffer hopes those visiting her show take away something similar: the authentic portrayal of mother and child, the playfulness — and that they think a little bit differently.