Muny's 2023 Season Will Feature Beauty and the Beast, West Side Story

The season will also include four Muny premieres 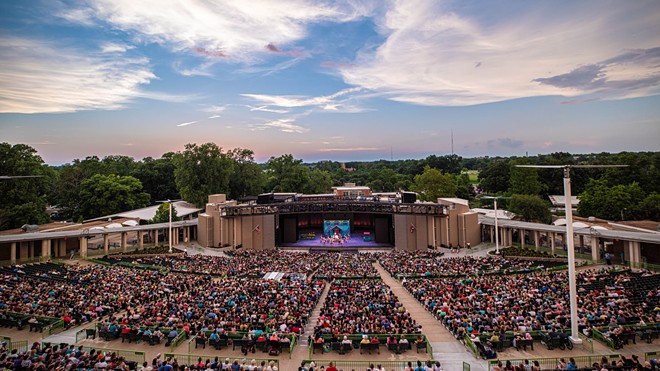 RFT File Photo
The Muny in Forest Park will have seven shows during its 2023 season.

The Muny will return in 2023 with seven shows, the St. Louis theater organization announced on Monday morning.

The 105th season will bring multiple popular theater productions to Forest Park, including Beauty and the Beast, West Side Story and Rent. The season will include four Muny premiers. The shows begin on June 12 and run through August 20. Patrons can buy subscriptions starting on March 20 and single tickets on May 22.

The schedule will take place as follows:

Beautiful: The Carole King Musical, June 12-18
All about the life of successful singer-songwriter Carole King and her complicated marriage. The show will include King's biggest hits including, "(You Make Me Feel Like) a Natural Woman" that was popularized by Aretha Franklin. This will be the first time Beautiful is performed at the Muny.

Chess, July 5-11
The musical Chess, written by Benny Andersson and Björn Ulvaeus of ABBA fame, is about a high-stakes Cold War chess tournament where two grandmasters face off over the game and a woman. The show premiered in London, and when it came to the U.S., it was heavily revised and ultimately didn't catch on. The Muny is using the original script from the London show for this Muny premiere.

West Side Story, July 15-21
This will be the ninth time that the Muny has put on the classic musical based on Romeo and Juliet. The first time the Muny staged the show was in 1963, 60 years ago.

Little Shop of Horrors, July 25-31
Seymour, a nerdy florist, has a secret — the beautiful plant he uses to attract customers to a floral shop eats meat. When the plant, Audrey II, starts demanding that Seymour feed it, things quickly turn murderous.

Rent, August 4-10
The classic musical follows artists and friends in New York as they deal with romantic setbacks (and triumphs), illness, money troubles and more. This will be the first time that Rent is at the Muny.

Sister Act, August 14 - 20
"Who doesn't love a dancing nun?" artistic director Mike Isaacson asked when introducing the show. Adapted from the 1992 film, Sister Act the musical follows night club singer Deloris Van Cartier who witnesses her boyfriend, a gangster, commit a murder. She is placed in a convent for her safety and takes over the terrible choir to make them into the talk of the town. But with the new fame comes more danger for Deloris. 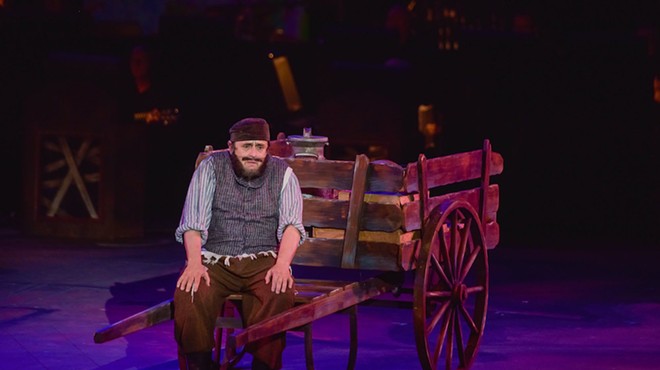 Hey Rude Muny Patrons, Stay and Clap for the Nice People on Stage: Muny patrons, ya'll should not run out to your cars during curtain call