New Display at Lambert Shows Off the Beauty of St. Louis Architecture 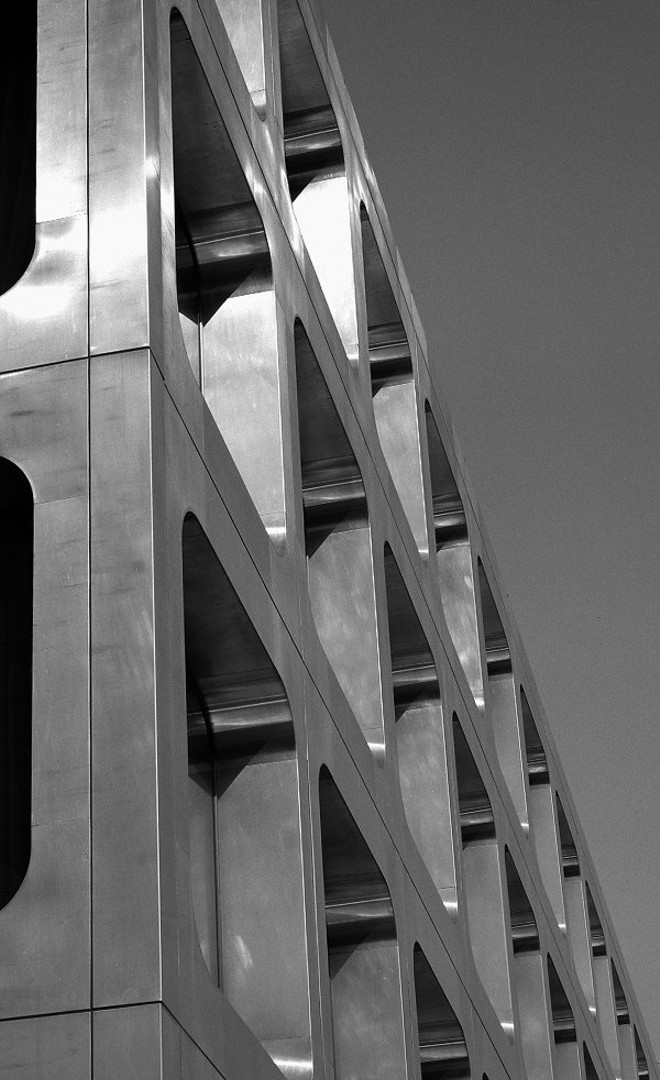 Photo by Ken Konchel
Art museums and galleries aren't your only options for getting your creative fix this summer. You can also go to Lambert-St. Louis International Airport even if you don't have a flight. It's actually an art destination — yes, seriously.

Now until May 2017, you'll see the work of St. Louis photographer Ken Konchel lining the lower-level passageways to and from baggage claim in Terminal 1. The six images depict the unique architecture of a different local landmark, including the West Campus Building of Washington University (previously a Famous-Barr department store), the Donald Danforth Plant Science Center, St. Mark's United Methodist Church, the Priory Chapel, the First Church of Christ, Scientist, and the former American Zinc, Lead and Smelting Company building.

The project isn't just about photographing pretty buildings. Konchel's goal is to increase appreciation and awareness for the city's architecture.

"St. Louis architecture forms the physical environment of our lives.  It connects us to the past, it helps define our relationships to one another, and it gives us a sense of place and identity,” Konchel said in a press release. “Most importantly, St. Louis architecture enhances our creative legacy. Yet something so integral to the sense of who we are — something that contributes immeasurably to our quality of life — is often dismissed as mundane, taken for granted, or at worst ignored.”

Konchel describes his style as "provocative." His black-and-white photos remove context and show minimalist relationships of shape, pattern, detail, line and texture. The collection at the airport features large, backlit display windows for you to study his work in detail.

Thanks to various artists and presenters such as the Contemporary Art Museum, the Missouri History Museum and the St. Louis Art Museum, there are six temporary exhibits in total at the airport this summer — the largest number of temporary art exhibits Lambert has ever had. You can get a first glance at Konchel's exhibit below — then examine the photos up close the next time you're bustling to baggage claim.