Review: A Little Night Music Is a Charming, Romantic Delight 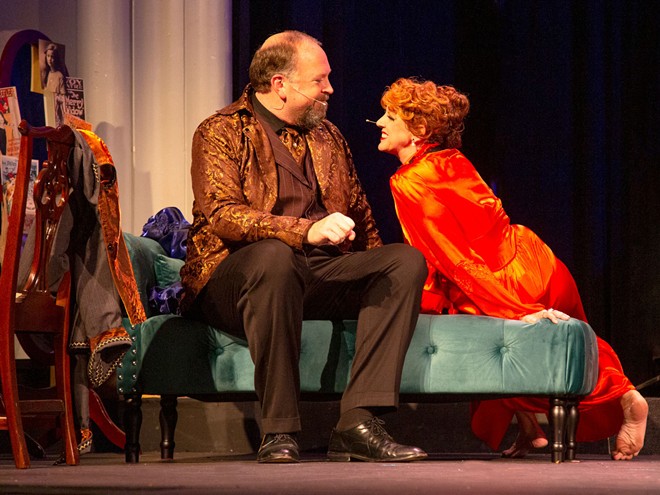 Love and all its vagaries find a musical home in A Little Night Music at Stray Dog Theatre (2348 Tennessee Avenue, 314-865-1995, straydogtheatre.org). Stephen Sondheim’s melodious and humorous look at finding and rediscovering love gets a light and buoyant interpretation in the company’s charming production. Smart casting and well-focused direction ensure the tale of romantic mischief and comeuppance is delightfully bawdy on its way to a happy ending for all.

Fredrick and Anne Egerman have been wed 11 months and still haven’t consummated the marriage. His son has returned from seminary, complicating matters, particularly as Anne teases and flirts with the young man. Then again, so does Petra the maid. Perhaps a trip to the theater will put Anne in a more receptive mood?

Perhaps. Things do get a bit more complicated when leading lady Desirée Armfeldt happens to be Fredrick’s former flame. Then there’s Desirée’s over-the-top jealous and callously privileged paramour Count Carl-Magnus Malcolm and his wife, the neglected and clever Charlotte. A romantically adventurous grandmother and 14-year-old daughter named Fredrika round out the players at the center of this frivolous yet telling romp. 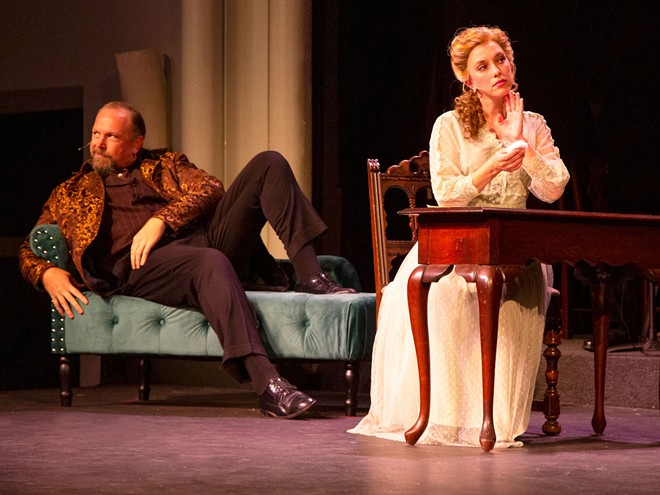 The company emphasizes acting and storytelling in the musical version, so the lyrics are crisper, the notes less rounded and extended than the opera score — and the approach works spectacularly well. Director Justin Been, music director Leah Schultz and choreographer Michael Hodges guide the cast with a light, frothy touch that enhances the dialog, tone and swing of the engaging show. 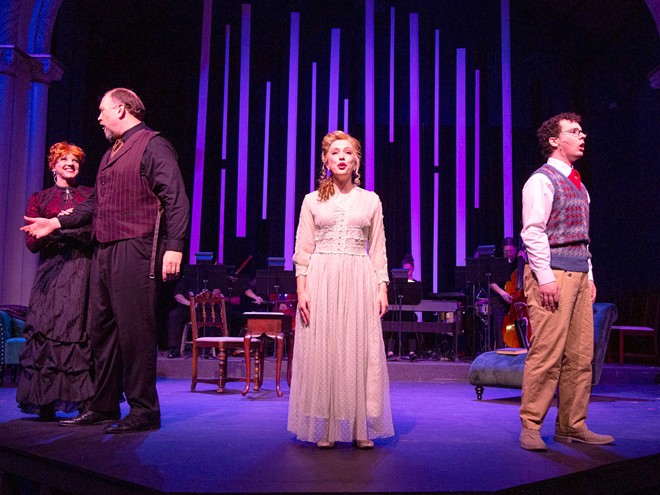 
The stage design is more suggested than built, with set pieces placed or removed by the ensemble as needed for each scene. Tyler Duenow’s lighting design, bouncing off the panels hung behind the orchestra, sets the mood of each scene, effectively saturating the space with colors that compliment the emotional through line and Engel’s flattering costumes. Smart use of color and texture by Engel creates additional visual connection between the characters.

While enjoyable, it is equally important to acknowledge that, however memorable, Sondheim’s music and lyrics and Hugh Wheeler’s book are somewhat dated if not entirely cringe-worthy. Additionally, the subject matter and sexual situations are not for younger audiences. Despite those caveats, A Little Night Music is a captivating and clever choice for light entertainment.

Catch A Little Night Music at Stray Dog Theatre at 8 p.m. Thursdays to Saturdays through Saturday, October 22. There are additional performances at 2 p.m. on Sunday, October 16, and 8 p.m. on Wednesday, October 19. Tickets are $10 to $30.