After months of agonizing, the wait is finally over. We now know where the St. Louis Savage X Fenty store will be located. And the answer is ...

OK, maybe that isn't too much of a surprise. That mall is relatively centrally located, easily accessible via public transportation and is less bougie than some of the regions others (ahem, Plaza Frontenac, we're looking at you). That makes sense as the retailer's mission, so to say, includes "accessible price points" and "disrupting the lingerie industry."

St. Louis became a target for a physical store thanks to a large number of local VIP subscribers, the St. Louis Business Journal reports, and the Galleria should be able to draw those customers.

The St. Louis store will not only carry Rihanna's body-inclusive lingerie, lounge, sports and men's wear, but it will provide "an experiential shopping experience" that could include 3-D body scanners. Though an opening date hasn't been announced yet, it will be sometime next year.

In the fallout from the COVID-19 pandemic, the Galleria reduced its hours and now is open from 10 a.m. to 7 p.m. every day except Sunday, when it is open 11 a.m. to 6 p.m. Still, Erin McCarthy, vice president of national retail development at Brookfield Properties, the mall's owner, told the Biz Journal that foot traffic is up.
Savage X Fenty is a joint venture between Rihanna, the company’s founder and TechStyle Fashion Group. The St. Louis store is among six new locations that were announced earlier this year in a social media post from the brand. 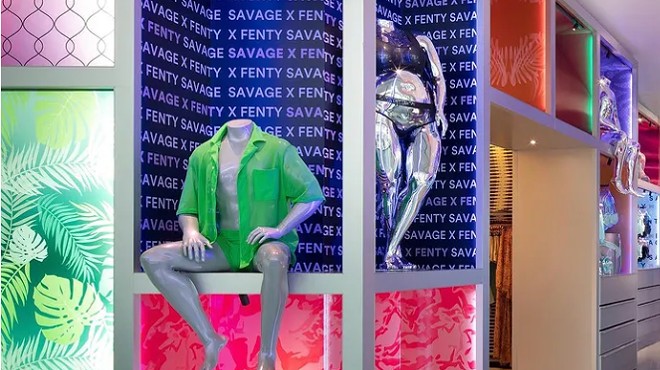