Schooled: On the short list of the best theater productions of 2012, No Child... pulls ahead 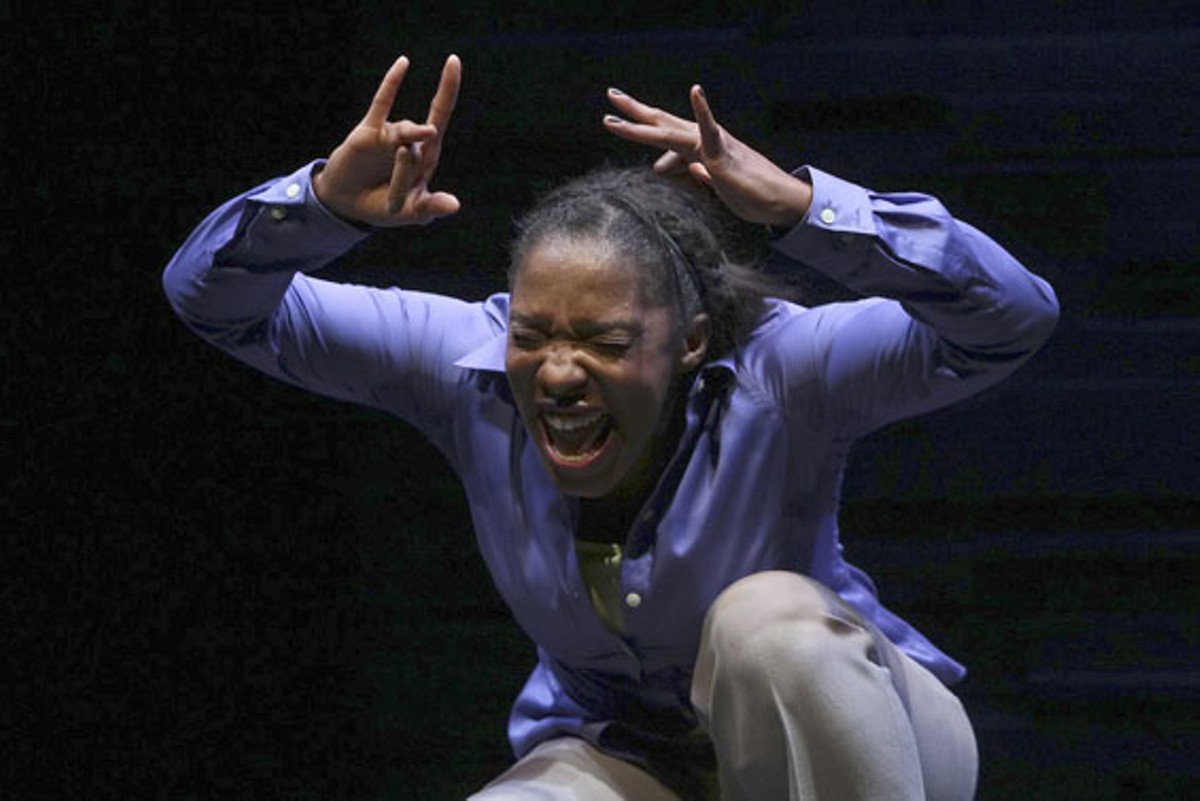 Schooled: On the short list of the best theater productions of 2012, No Child... pulls ahead

Take this as a personal confession. I've been tiring of one-person plays of late, especially one-person plays where a single actor performs multiple roles. So despite its high pedigree (thoughtfully rave reviews from around the world ever since it debuted in 2006), I approached Nilaja Sun's No Child... warily. But when the current Black Rep production began and young, vital Patrese D. McClain appeared onstage as a decrepit high school janitor, it took maybe a minute to dash that wariness to smithereens. This emotionally involving account of an inexperienced teacher staging a theater production with a cast of student misfits contains everything we hope for when we go to the theater. It is substantive, thoughtful, hilarious. It is meat and potatoes and dessert all rolled into one tidy serving. The Black Rep has produced a winner; now they deserve a hit.

No Child... falls into the "dedicated teacher vs. troubled kids" genre that includes such movies as To Sir with Love and Up the Down Staircase, with this difference: Those films weren't one-person plays. The Black Rep is giving us pure theater, whose alchemy is derived by a heady blend of content and form. The content concerns the profound problems that have crippled our city schools. This story is set at the fictional Malcolm X High in the Bronx, but couldn't it just as easily be a St. Louis public school? Malcolm X has invested $100,000 in security equipment. "We're treated like convicts every day," one student complains. Later in the lickety-split evening we're told that these kids "need a miracle every single day" if they are to survive the ravages of high school.

Instead they get Ms. Sun, who can't pay her own rent but idealistically thinks she can direct a student production of Our Country's Good, Timberlake Wertenbaker's 1988 drama about soldiers and convicts in New South Wales who stage The Recruiting Officer. That is one ambitious script even for seasoned professionals, but for kids who have never acted before, the very notion of staging Our Country's Good is ludicrous.

To describe the plot of No Child... in any greater detail is to diminish it, because nothing happens here that you haven't seen before. That's where form takes center stage — because you haven't seen it like this. You haven't seen it with one versatile actress playing four teachers, eight students, a school janitor and a security guard. The marvel of McClain's performance is not her versatility, nor her ability to so deftly portray male and female, young and old. It is her gift for inclusion, her ability to draw her audience into the action, to make us feel as if we're invested. She sucks us into her world. No Child... is not about McClain's pyrotechnics; it's about our future.

The actress has been steered through this 85-minute gauntlet by savvy director Joe Hanrahan, who knows more about one-person plays than anyone in town. The evening is also helped by clarifying screen projections from lighting designer Sean Savoie.

As the show nears its end, there comes a point when the audience wants it to be over — not because it has outstayed its welcome, but simply because the audience is so eager to reward it with applause. But be patient. Playwright Sun, who wrote this script based on her own experiences as a teacher, delivers an ending that is as exhilarating as everything that has come before. From intriguing start to indelible finish, No Child... makes theater a joyous experience.