SIX Opens at the St. Louis Fox Theatre on Tuesday

SIX is one of the most popular shows on Broadway 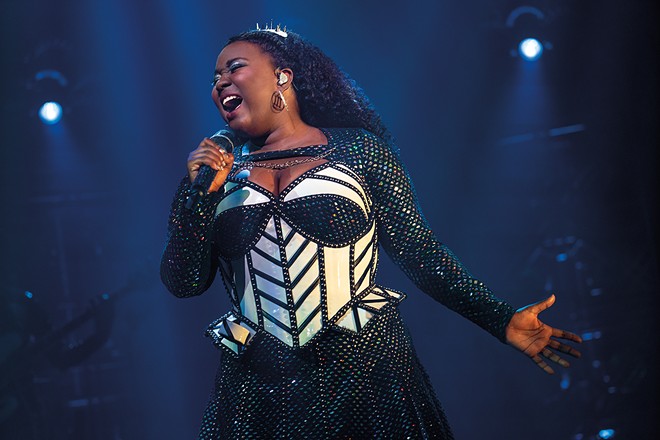 Tuesday will bring the talk of the Broadway world to Fox Theatre (527 North Grand Boulevard, 314-534-1111, fabulousfox.com) with the musical SIX. One of the most popular shows on Broadway, SIX follows the six wives of Henry VIII. The Fabulous Fox describes the show as an effort to "remix five hundred years of historical heartbreak into a Euphoric Celebration of 21st century girl power!"

Last year, SIX won 23 awards, while the soundtrack received 6 million streams in the first month, en route to a No. 1 spot on the Billboard charts. The show runs from Tuesday, January 24, to Sunday, February 5, for a total of 16 performances, with tickets ranging from $35 to $150. Showtimes vary by date.