It took creativity, hustle and PPP funds, but some arts organizations emerged from the pandemic stronger than ever 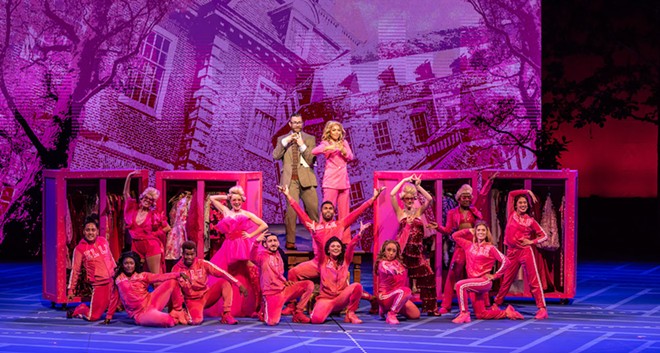 PHILLIP HAMER PHOTOGRAPHY
Many arts organizations found a recipe for success and have come back in 2022 ready to kick ass and take names. This is from the Muny's Legally Blonde.

In the midst of the pandemic, the Sheldon Concert Hall and Art Galleries held one of its biggest concerts ever. Over 14,000 people tuned in to stream a concert from singer-songwriter Sarah Jarosz — a number made more impressive when compared to the concert hall's 700-seat capacity.

"It was very powerful," Director of Advancement Chris Peimann says. "Even though we had fewer events, we had thousands more audience members taking in what we were doing."

Live-streamed performances helped the arts nonprofit become a pandemic success story. At the beginning of 2020, with more than 350 events on the schedule, the Sheldon had been at a high point before being forced to shut its doors.

When COVID-19 hit, the staff quickly pivoted to virtual programming and approached the board about funds to purchase the proper equipment. As weeks turned to more than a year, the Sheldon continued to innovate with virtual education programs, outdoor concerts and more.

So many businesses failed during the pandemic. Arts organizations, dubbed "nonessential" by local governments, seemed especially vulnerable. Yet many, like the Sheldon, flourished.

Among those that did well, a pattern of actions and characteristics has emerged. Agility in programming was a big one.

Stray Dog Theatre, like the Sheldon, changed course quickly. Artistic Director Gary F. Bell had the idea to create individual, physical boxes for the artists to perform in. They rehearsed and then released recorded performances.

The theater also produced a radio play of Edgar Allan Poe poetry in October, a virtual soiree in December and then a Christmas-song performance utilizing the boxes in December. It built an outdoor stage and added in reduced-admission shows.

"My instinct was just to keep going," Bell says, "make sure that you're keeping yourself in the eye of your subscribers."

Bell also called all of the theater's subscribers, and most donated their subscription costs, which speaks to another commonality of success stories: Organizations with strong audience and donor relationships did well.

Donors kept the Sheldon from having to think about layoffs. Strong audience demand kept the creative nonprofit Perennial innovating. The organization teaches creative skills, ranging from book binding to using tools like lathes. Executive Director Katie Carpenter recalls how demand for its clothing swap made the organization figure out how to offer what had been an in-person event safely through solo appointments. 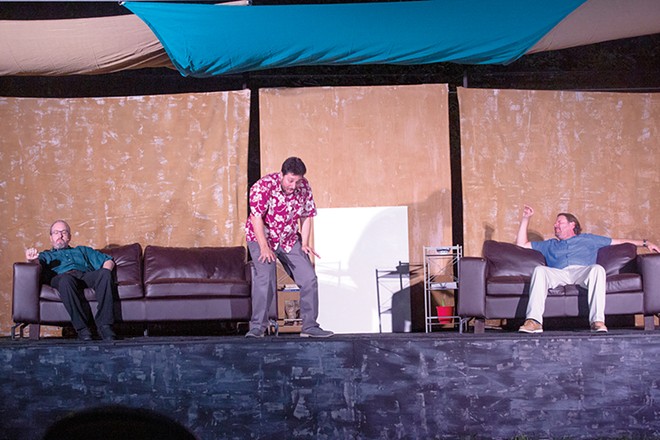 COURTESY STRAY DOG THEATRE
Stray Dog Theatre moved some shows outside during the height of the pandemic.

"Our community decided they wanted Perennial to make it through the pandemic," she says, noting that many kept memberships despite fewer or delayed benefits. "[That] was not only crucial from that financial perspective but from a momentum perspective. I don't think the team could have put in the hard work they put in if we didn't know people were benefiting from it [and] rooting for us."

Another thing that kept Perennial from having to make hard decisions was external funds, such as those from the Paycheck Protection Program. All the organizations in this article, and many more in St. Louis, received PPP funds on top of any annual grants — though some grantors had reduced resources to distribute.

"That filled in all the holes we would have had," then-Executive Director Cliff Froehlich says, adding that he and other staff had worried about draining the organization's operating reserve.

Froehlich never had to tap into that reserve. But organizations that had reserves or endowments were able to game out different scenarios.

"We tried to come up with as many different scenarios as possible to see how things would go," Froehlich says. "We developed what our burn rate would be if we were actually having to deficit spend through this to see if we were going to be OK."

Even with an increase in external funding, most organizations saw reduced earned revenue during the pandemic. But almost all had reduced expenses as well.

Cinema St. Louis didn't have to rent venues, hire drivers or book hotels, leaving its budget ratio similar to non-pandemic years. Stray Dog got crafty about its sets, swapping out increasingly expensive wood for other materials.

"You want to make sure you're not overspending," Bell says.

The final thing that these still-thriving arts organizations have in common is St. Louis itself. The community's appetite for the arts remained steady throughout the pandemic.

It turns out that art, Peimann says, is essential.

"The opera, the art museum, all of our institutions, are part of St. Louis culture. It's part of who we are," Peimann says. "Once we got past that first part of 'we need food, we need shelter, we need basic services,' everyone started realizing music and art are essential — and something that makes life worthwhile." .