St. Louis Family Video Locations Plan to Use CBD to Trick You Into Renting Movies 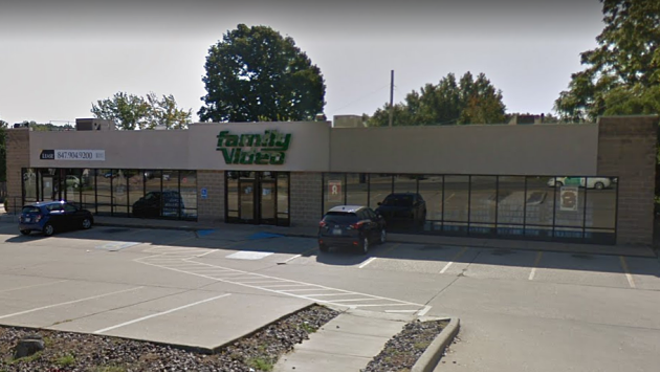 In an apparent bid to coerce you into stepping into an actual brick-and-mortar store to rent actual physical media in 2019 (how quaint!), the Glenview, Illinois-based video rental chain has begun selling the popular cannabis-based product in its Illinois stores, with plans to roll it out in Missouri by June 1.

KMOV reports that that the chain is selling a variety of CBD-based sprays, balms, gummies and chapsticks, with its Waterloo location doing big sales. According to Ganjapreneur, the company intends to sell CBD in all of its 250-plus U.S. locations before the end of the year.

"It's taken off like wildfire," Tim O'Toole, a regional manager of Family Video who oversees 22 area stores, tells KMOV.

The idea was sparked when Keith Hoogland, owner of the chain, tried out a CBD ointment to treat an elbow injury.

"He could not believe the relief he saw from the balm," O'Toole tells KMOV.

According to O'Toole, the stores that currently sell CBD have seen some customers who come in for DVDs decide to pick up herbal product while they're at it — and some who come looking for CBD end up grabbing a DVD.

The success of the rollout has been so great that O'Toole says the stores might begin to sell more cannabis-based products. In other words, don't be surprised if Family Videos everywhere slowly morph into full-on head shops.

"I think CBD is kind of a tiptoe to see how it would be received," O'Toole says.

Who would have thought that movies and cannabis products would go hand in hand? Next thing you know they'll start selling popcorn and soda too.

Daniel Hill is editor at large for the Riverfront Times and he demands to be taken seriously, despite all evidence to the contrary. Follow him on Twitter at @rftmusic.
Scroll to read more Arts Stories & Interviews articles (1)