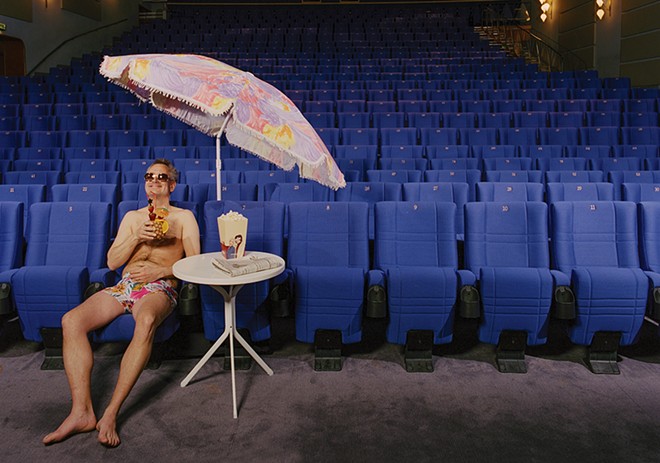 Courtesy St. Lou Fringe
More than 50 acts and 150 performances take place this week over six days as part of Fringe.

St. Louis' most boundary-busting, off-kilter and entertaining festival gets its own holiday


After 10 years and countless performances, the organizers of St. Louis' Fringe Fest have damn near seen it all.

As the city's premier purveyor of out-of-the-box, boundary-busting theater and off-kilter art, the annual affair reliably sees its performers swinging for the fences, working outside the confines of the conventional and taking all manner of risk in the name of showing audiences what art can be when the guardrails are removed. It's been weird, it's been exhilarating and it's been one of the most consistently entertaining festivals in St. Louis' arts world.

But in its 11th year, Fringe Fest gets to see itself as something new: an official St. Louis city holiday. That's thanks to a proclamation issued to the festival by Mayor Tishaura Jones, recognizing August 21, as St. Lou Fringe Day.

"St. Lou Fringe shows that the arts help to foster discipline, creativity, imagination, self-expression and problem-solving skills, also helping to develop a heightened appreciation of beauty and cross-cultural understanding," the proclamation reads in part. "The art-making at St. Louis Fringe plays a unique and intrinsically valuable role in the lives of our families, our communities and our city."

For Matthew Kerns, who has served as president and artistic director for St. Lou Fringe for the past seven years, the nod from the city serves as a crowning achievement in recognizing the organization's vital role in the St. Louis arts community.

"We are 11 years old this year. We've never stopped producing; we continued to produce digitally in the pandemic," Kerns tells the RFT. "We've been consistent with our festival and other programming for 11 years, and the mayor's office wanted to recognize our contributions to the community, our love and appreciation of our independent artists, our love and appreciation for our local art makers [for whom] we are their only place to get their work on stages."

When the whole world got turned on its head due to the COVID-19 pandemic, Fringe Fest moved quickly, turning its entire slate of programming into a digital-only streaming affair and making it one of the only entities in town able to provide space for performers to work and for audiences to see shows. Kerns sees the organization's work during that time as having been critical to raising its profile in the city and region.

"We just [stepped into that] leadership role and went, 'We have to do this, not just for the artists ... but also for the patrons who are now sheltering in place, who need the cultural fabric of their lives woven together,'" he says.

After switching to a hybrid format of digital and live performance in 2021, this year sees Fringe Fest returning to its roots as a largely in-person affair, with more than 40 acts putting on approximately 150 performances over six days. The shows will take place at the .ZACK Theatre, Marcelle Theater, Schlafly Tap Room and the High Low and will be accompanied by a street fair and a brewery takeover at Urban Chestnut Midtown.

Noteworthy performances in 2022 include a headlining show by longtime burlesque organizer and performer Lola van Ella, who will be bringing her Van Ella Bordella to perform a new show called Storyville Burlesque. Another headliner will be the St. Louis premiere of the 24 Hour Play Project; a New York-based theater company will send its team members to work with St. Louis groups including the Cherokee Street Theater Company and the Uppity Theater Company on a characteristically off-kilter piece for which they'll only have one day to prepare.

"They'll meet them on Friday night for a workshop," Kerns says. "They'll walk away with a prompt, and they will write, produce, costume, build the scenes for, direct, rehearse and be ready to perform the scene when it's shown just 24 hours later."

In addition to the headlining events, St. Lou Fringe is coordinating with the Tennessee Williams Festival for something of a crossover event in their shared programming. Veteran St. Louis performer Terry Meadows will play Williams in a one-man show. He'll talk directly to the audience and share his life story with a script that was created for St. Lou Fringe using interviews from Williams' life. That show, Confessions of a Nightingale, will be timed to the Tennessee Williams Festival's showings of Rose Tattoo at the Big Top, allowing showgoers to bounce from one immediately to the other for an immersive experience in the life and work of the legendary playwright.

It's the kind of thoughtful programming that's become Fringe Fest's calling card, and that has led to the type of recognition that gets handed down from on high by local government. Importantly, it's also the level of quality that keeps the flame alive for the performers and artists involved, as well as the throngs of showgoers that will fill Grand Center this week.

"I'm very proud of us as an organization," Kerns says. "We do the heavy lifting in ways that are equitable and really bring diversity to the table, not just in humans, but also in stories and creativity and discipline. And every year we just get stronger and better at it."