St. Louis Is a Top-20 City for Creatives 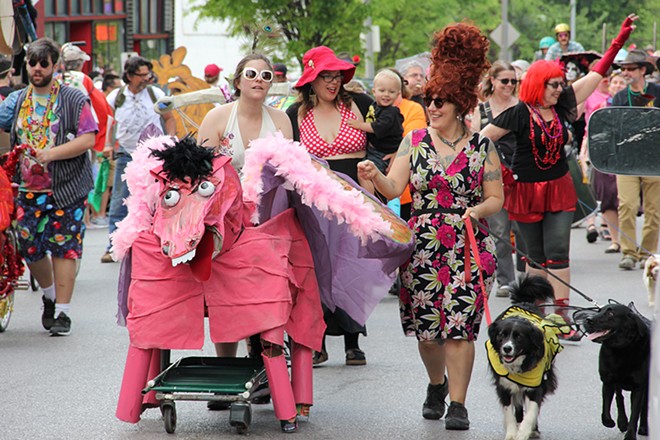 DANNY WICENTOWSKI
With a low cost of living and a high percentage of workers making their living in artistic fields, St. Louis can't be beat for creatives.

That's according to a new study from SmartAsset.com, which found we rank in the top 20 nationwide on just that metric. In fact, at No. 14, we came within one point of making the top ten. So close!

And this isn't one of those studies that purport to capture the zeitgeist based on polling a handful of people in every state or counting the number of playgrounds per capita. (Yes, those studies exist and yes, other media outlets keep lapping them up; le sigh.)

Instead, the authors here looked at the cost of living indexed to the national average and then used 2017 Bureau of Labor Statistics to tally the people working in 28 different jobs as a percentage of total metro-area population.*** St. Louis, which has 69.8 people working in creative fields per every 10,000 people, did significantly better than the national average.

So who cares if we can't get the trash picked up and our weather is about as crazy as a cyclone in a hamster farm? We're a good place to pursue your dreams and not starve to death. Doesn't that count for something major?