St. Louis Theater Is Back on Stage 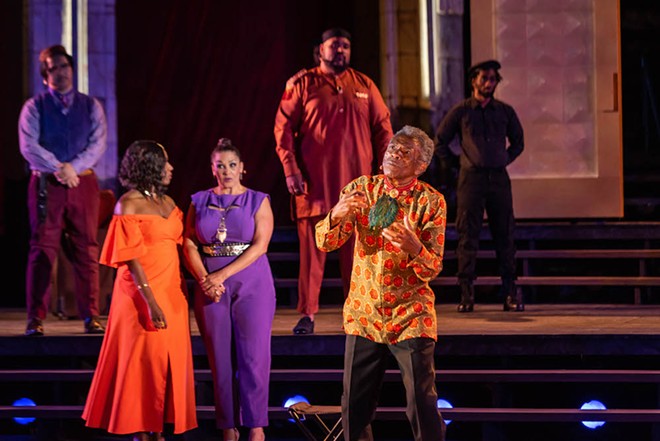 In 2019, Carl Overly Jr., a local actor, decided to quit his day job and devote himself to acting and theater. The plan worked, at first. "Two thousand nineteen was amazing," he says. "The beginning of 2020 was amazing. Then it was like, womp womp."

Overly remembers the moment he learned the pandemic would shut down theaters. He was assistant directing a show for New Jewish Theatre, We Are the Levinsons, and he and the director went out for a drink after a long day of tech. Not long after they sat down, the bartender approached them and said that the city and county were mandating that the bar close at midnight.

"We were like, 'Guess there's not going to be a show,'" Overly says. Then they did shots of tequila.

Soon, gathering in person to enjoy the arts was deemed too risky. Theaters were in a bind.

Sharon Hunter, the producing artistic director of Moonstone Theatre Company, was launching her company when the pandemic hit.

"I thought we'd be back in a couple of weeks, but by the time early April came around, people were like, 'This is going to be a lot longer than we thought,'" she recalls. So she started the St. Louis Theatre Community Task Force, inviting artistic directors from around St. Louis and further afield, as well as the heads of theater programs at the local colleges, to attend Zoom sessions to share ideas and info.

"The last thing I wanted was for theater to die away," Hunter says. "Thank goodness it hasn't."

Theater companies responded to the crisis differently. Many did not want to go online. "I was adamantly against streaming plays," says Ron Himes, artistic director for the Black Rep. "I felt it was totally against trying to develop live audiences."

When he realized that the pandemic would be around for a while, he agreed to start streaming programs. The Black Rep is housed at Washington University, so staff there helped with the technology, and the Black Rep partnered with the Nebraska Repertory Theatre to give both theaters access to new audiences.

"It was great," Himes recalls. "It gave us a way to stay engaged with our audiences, and it actually expanded our audiences."

St. Louis Shakespeare Festival worked hard to find ways to continue to create theater. In March 2020, the company was working on its touring production of Cymbeline.

"We rushed the actors into a studio and were able to get a recording of the production," says Adam Flores, community engagement and education manager. The organization also started Shakespeare TV. Done over Zoom, it included play readings, play contests and even tutorials.

In the summer of 2020, the festival produced A Late Summer Night's Stroll. Masked audience members walked a path in Forest Park to see scenes from A Midsummer Night's Dream. 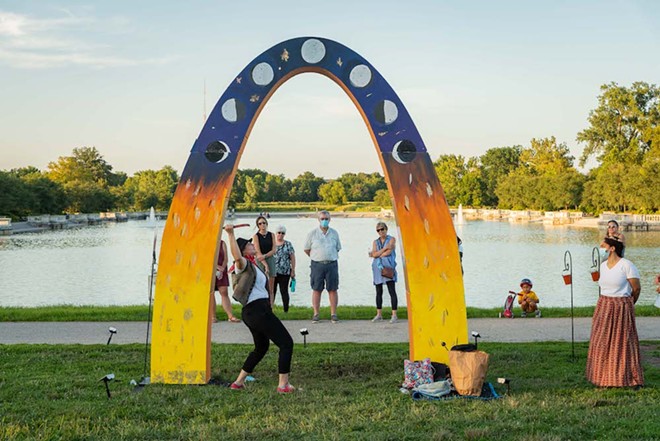 Shakespeare Festival also produced last summer's King Lear, starring Tony and Emmy award–winning actor André De Shields in the titular role. "It was crazy," says Overly, who played Cornwall. "They built us a tent next to Steinberg ice rink, and we had to rehearse outside. We got tested every week, but no one got COVID."

Opera Theatre of Saint Louis did an entirely outdoor festival in 2021. The Tennessee Williams Festival made its shows into a radio program.

The pandemic was tough, though. "At one point, I was like, 'If I have to do one more Zoom play, I'm going to lose my mind,'" Overly says. But he felt bad for the behind-the-scenes folks, like set and lighting designers, who were often largely removed from the process.

Most theater companies made it through and are back staging shows — though some aren't staging as many as they were pre-pandemic. At first, all actors were required to be vaccinated and to get tested for rehearsals or performances, and audience members were asked to show proof of vaccination and wear a mask. Now, even though many of those requirements are being waived, audiences are still lighter than they were pre-pandemic.

"Theatergoing audiences skewed a little bit older," Boehm says. "In that demographic there may be more hesitation because of the virus and also less ability or willingness to return to a previous lifestyle where they're going out to a show once a month." He adds that he's read that working from home also keeps people from going out as much.

When Overly thinks about what makes the theater scene in St. Louis so resilient, he has a good answer: "Everyone is so passionate about the work that they do," he says. "I'm impressed with how they came together."