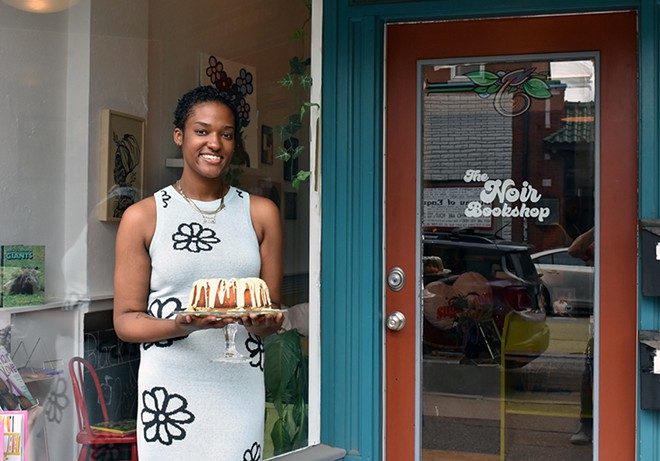 Ryan Krull
Ymani Wince opened the the Noir Bookstore on Cherokee Street. It's a concept store dedicated to the Black experience.

It’s hard to pinpoint the precipitating event that led Ymani Wince to open a bookstore.

Maybe everything started while learning to read from her grandmother’s flashcards or all those times her father refused to define words for her, encouraging Wince to read with a dictionary at her side. Maybe it began every time he said yes to another book at a library or at a store. Or maybe the bookshop was born as she stood in the St. Louis Post-Dispatch newsroom as word of the killing of Michael Brown came in.

Suddenly, Wince, then a journalism student (who has also written for the RFT), realized her ideas about journalism and her desire to write straight news had been upended.

“[I was seeing the news] across the country and seeing how the narrative shifted,” Wince says. “I didn’t want to be part of it. But, also, that was the first time I really realized I am part of the story because I’m a Black woman, and this is happening 10 minutes away from where I live.”

Wince, 28, conceived of the Noir Bookshop as a result of all of those experiences and more. The Cherokee Street shop — which held its soft opening Saturday, April 30 — is a concept store dedicated to the Black experience and sells new and vintage Black and POC literature, as well as goods from local creators of color.

The bookstore’s name, Noir, means black in French, and Wince feels it has the potential to pique customers’ interest. It also reflects the nature of what the store will stock.

“My store is kind of a black hole, literally and figuratively,” Wince says. “You come in the store, and you never know what's going to be in here… [It’s] whatever you want it to be.” 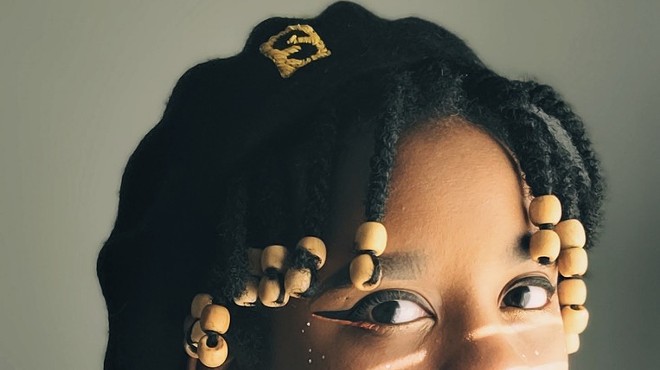 
She funded the store — the only bookstore on Cherokee and one of the only Black-owned bookstore in St. Louis — with a GoFundMe campaign. She has less than $6,000 left to an $18,000 goal.

In addition to the retail side of operations, Wince plans for the Noir Bookshop to host author signings, lectures, a library space and free meals as well as generally be a gathering space for the community. She modeled many of the Noir Bookshop’s future services around the Black Panthers’ social programs.

Wince hopes the variety of services will mean that the shop will fulfill a different need for each person who walks through the door.

“That’s why I call it a concept bookstore,” she says. “I want [it] to feel like your grandmother's house, whatever that looks like… warm and safe and kind of old-fashioned.”

To that end, Wince says her unofficial mascot for the Noir Bookshop is a pound cake, in honor of her grandmother’s baking. She plans on always having a sweet treat for customers, which she says reflects the curated Noir Bookshop experience.

Wince grew up a “hungry, voracious reader” in Florissant, Missouri. She consumed everything including the Boxcar Children, Judy Blume and Gossip Girl but says she wasn’t exposed to Black literature through her education until the year she graduated from college.

She happened to pick up Sula by Toni Morrison and realized what she’d been missing.

“It just got me interested in the next thing,” Wince says. “[I was] reading Malcolm X and sort of having this renaissance or awakening of Black literature that I've never been exposed to. By the time I got to James Baldwin, I was just like, ‘Wow, what else is out there?’” 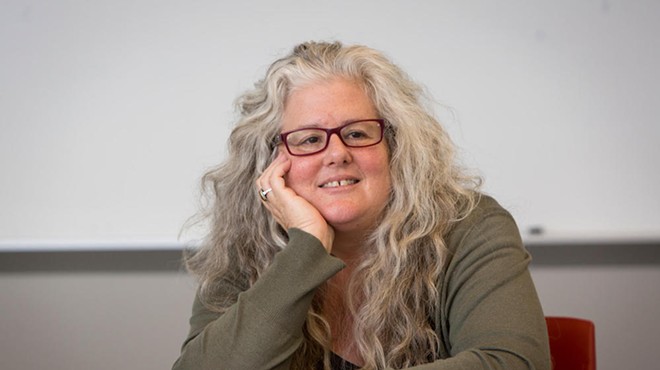 
During the pandemic, she started collecting vintage books by Black authors and created her Instagram account. She also began reselling her finds and became aware of Reparations Club, a woman-owned concept bookshop in Los Angeles.

That took Wince down a rabbit hole of research into similar stores, and pretty soon she started thinking about how she’d always wanted her own store.

“This could work in St. Louis,” Wince recalls thinking. “I love the people here, and I feel very in tune with the community. And I was always thinking that there's not a bookstore on the south side, so it inspired me to just go for it.”