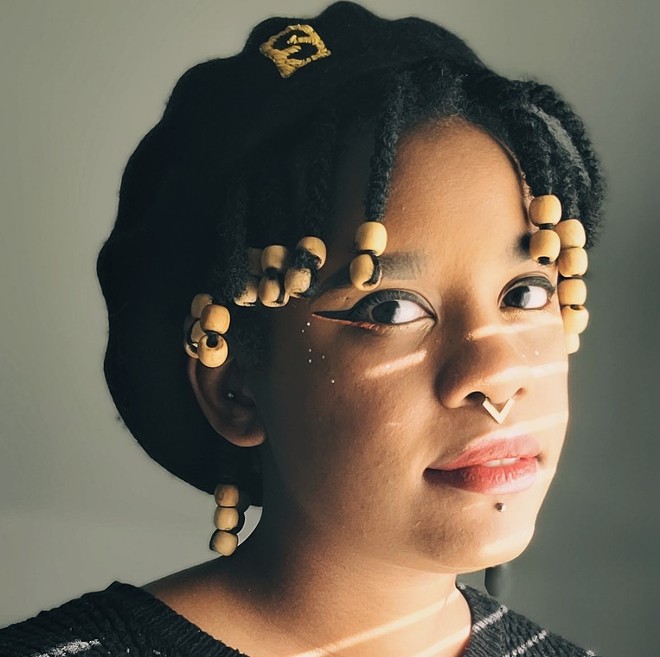 These ideas show up in the comic strip, which has now been compiled into a book: Heart Takes the Stage, out on May 3.

“Heart Takes The Stage is really cute,” Stewart says. “I really enjoyed starting my journey into syndicated comics. So I'm mostly excited to see what other people think. ... There’s not exactly a comment section in the St. Louis Post [comics section], you know. It's gonna be really interesting to see what people think of it when it's out in the wild and collected into one book.”

For 20 years, Mark Tatulli helmed Heart of the City before Stewart took over in April of 2020. The two years have flown by for the artist, who credits their time management skills in helping with the transition from freelance artist to one of national acclaim — Stewart is one of a few Black cartoonists to helm a nationally syndicated comic strip.

How Stewart got to this point was a whirlwind path: They began making their own comics while working in comic shops, then eventually partnered up with fellow artist Ivy Noelle Weir to create their first book, Archival Quality. The graphic novel originally began as a web comic, but pitching it to publishers opened the doors for Stewart to, in time, end up the successor to the Heart comics.

Stewart put a lot of effort into becoming Heart’s steward: They spent hours researching the core of the character’s stories, what things they wanted to keep and what things they saw needed a change, and after a four-week audition process they describe as grueling, the job was theirs. 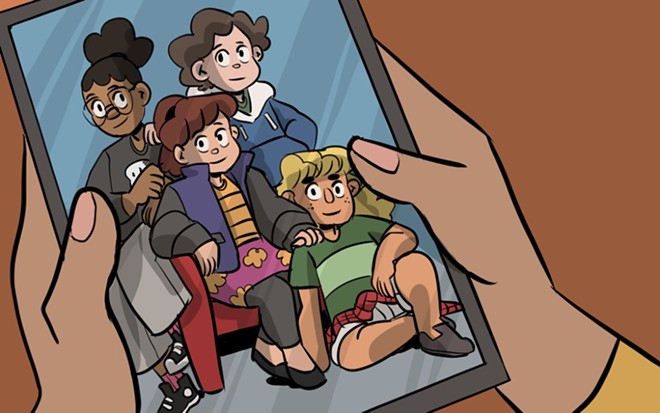 Courtesy Steenz Stewart
One of Stewart's illustrations.
While time has been warped in the pandemic, Stewart describes not really needing to adjust to a work-from-home atmosphere because of their past as a freelancer. Instead, the challenging part of putting together the comics and new book has been one Stewart feels every creative can relate to: The evolution of their work.

“It's hard because I'll look at what Heart looks like from the book that comes out in two weeks and I'm like, ‘My art is already better than what's in this first book,'” Stewart says with a laugh. “It's very hard for me to be like, ‘Yeah, read Heart Takes The Stage because it's good,’ and in the back of my head, I'm like, 'But it gets better. So keep reading it.'”

Heart of The City is so character-focused that Stewart needed time with the characters to get used to their mannerisms, dialogue, how they move on the page and more. But that’s also what excites Stewart — how both the author and characters grow throughout the book and ultimately, throughout the future.

Stewart has since held the book in their hands, through an advanced copy, and says it suddenly felt very real. They had worried about what it would look like in its final form, since usually the comic is printed in the newspaper and put on the web, but they felt thrilled with it. Stewart thinks back to the novels they read as a child and felt inspired by — Goosebumps, Baby-Sitters Club, Fear Street and the comics they read, like Zips and Jumpstart, and hopes people will get that same feeling from Heart.

“It felt like there was always something more for you to go back to,” Stewart explains about the childhood books. “And so it's exciting to be able to continue the story. I'm excited for other people to get that feeling, or I hope other people get that feeling from Heart of the City — the idea of ‘This was a really good first book. I want the next one now.’”

To Stewart, comics are all about storytelling. Stewart advises aspiring artists, if you want to make a comic strip, just start making it — you don't have to feel ready, or good enough, because if you wait for that, it will never happen.

“Everyone is always like, ‘Oh, I can't do X, Y, and Z. I'm not a good artist. I can't even draw stick figures,’ but it's like, that is drawing,” Stewart says. “You don't tell someone that you can't write because you have bad handwriting, you know? I want people to feel like they can take their stick figures and make it into comics. Being a creator and looking back on our old stuff we're always going to think ‘I can do better. Let me get better at X, Y and Z first.’ So I say, don't listen to yourself when you say I need to wait until I'm better at something to begin. Just begin, just start drawing. Because you will get better over time, but you're only gonna get better if you start drawing.”