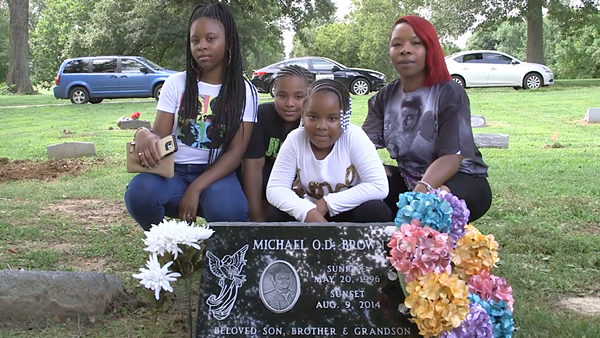 Filmmaker Jason Pollock shines the spotlight onto new evidence with Stranger Fruit, his 2017 documentary on the Michael Brown shooting that aims to “unravel the mystery,” in Pollock's words.

Now that documentary is getting a local screening, complete with an appearance by Brown's mother, Lezley McSpadden.

Pollock has a clear point of the view on Brown's 2014 death, saying “the case should be reopened" and that he hopes the previously unseen evidence in the film will provoke a public outcry. He feels that much of the evidence of the case was not shown to the public, and has spent the last few years investigating.

“Regular media outlets don’t have the time or resources to dedicate this much time to one thing," Pollock says, a former assistant to Michael Moore. (Among other projects, IMDB says he worked as a camera operator on the award-winning — and polarizing — Fahrenheit 9/11.)

Stranger Fruit features Brown’s family prominently, with interviews, audio clips and archival footage taking the viewer through the shooting, as well as the aftermath. Pollock says that he “lost a lot of white friends while making this movie."

Stranger Fruit premiered at Austin's SXSW in 2017 to huge publicity. Much of that rested in the disputed narrative over the preceding events to Brown's death, namely whether Brown traded weed for cigarettes with a clerk at the Ferguson Market the night prior to the shooting, thus rendering the 911 call for "robbery" that kicked off a deadly series of events unneeded.

As the RFT's Danny Wicentowski reported last year, the filmmaker's claim initially drew angry reactions from many progressives — but that was followed by pushback from the market and Prosecuting Attorney Bob McCulloch, who said the footage also showed the clerk rejecting Brown's offering. In a press conference following the film's premiere, McCulloch released the longer footage and blasted Pollock's film as a "pretty pathetic attempt at a video production."

The film screens at the Emerson Performing Arts Center on the Harris-Stowe campus, 3026 Laclede Avenue on Monday, May 21, at 7 p.m. Admission is free. Brown’s mother McSpadden will participate in a panel discussion with Pollock afterwards.