The 7 Best Things To Do in St. Louis This Weekend April 22 to April 24 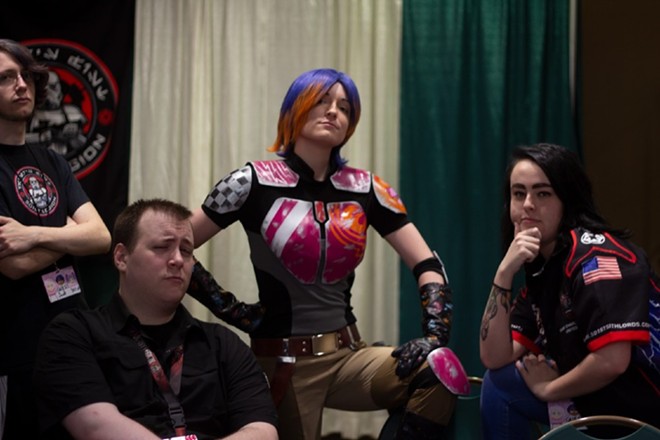 The weekend is upon us and there is a lot to do this weekend, St. Louis. Something for everyone hits the streets of the city, whether it's for music lovers, Anime enthusiasts or those who want to make the Earth a better place. Here are our top picks for the weekend — and don't miss our picks for the rest of the week. This week, "St. Louis's Biggest Anime Convention" will fill St. Charles with people decked out in fan gear for their favorite anime, along with folks in full-on cosplay. The 17th Annual Anime St. Louis will include voice actors from series such as Sailor Moon, One-Punch Man, Cells at Work!, JoJo's Bizarre Adventure, Attack on Titan and more. The convention will also offer an Artist Alley, where you can buy hand-crafted artwork related to your favorite shows; a photo booth; and Sleeping Samurai Foam Weapon Fighting. The St. Charles Convention Center (1 Convention Center Plaza, 636-669-3000, animestl.net) will be hosting the 17th Annual Anime St. Louis from Friday, April 22, through Sunday, April 24. The event runs from noon to 10 p.m. on Friday, 9 a.m. to 10 p.m. on Saturday and 10 a.m. to 5 p.m. on Sunday. Tickets range from $35 to $55. —Cassidy Waigand 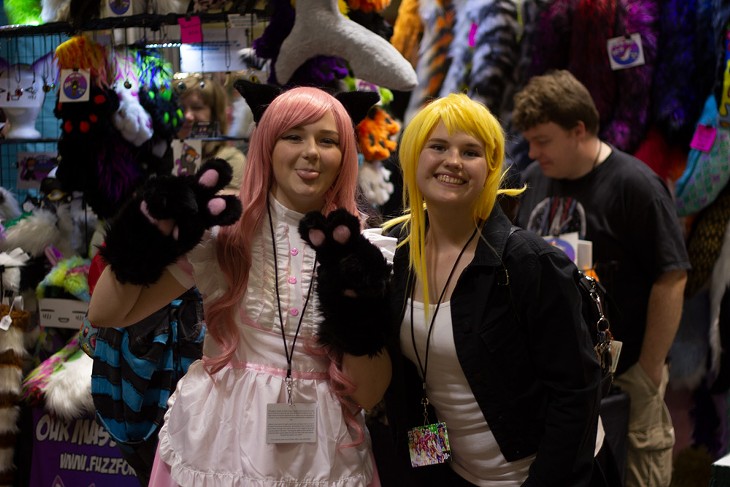 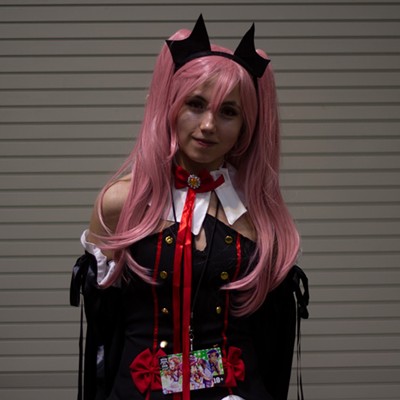 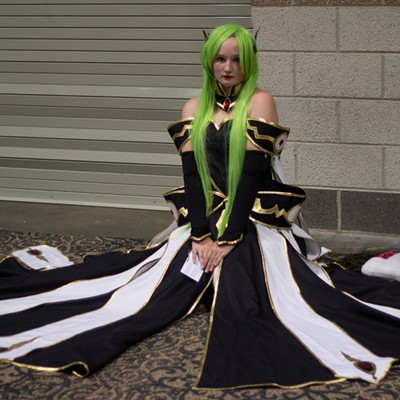 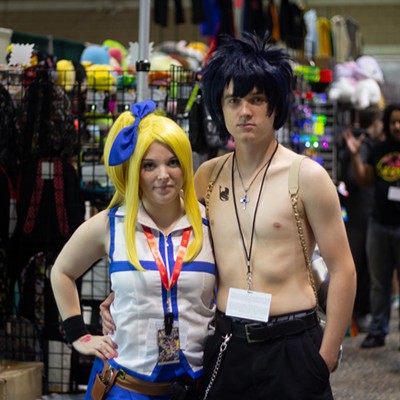 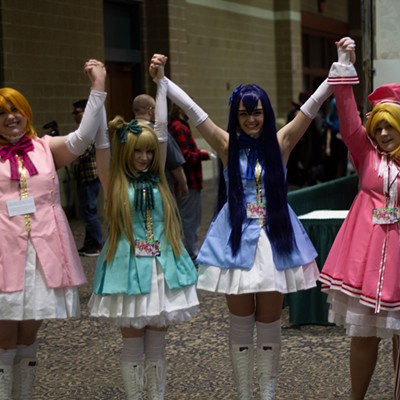 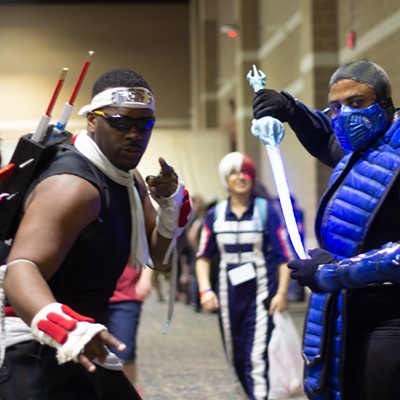 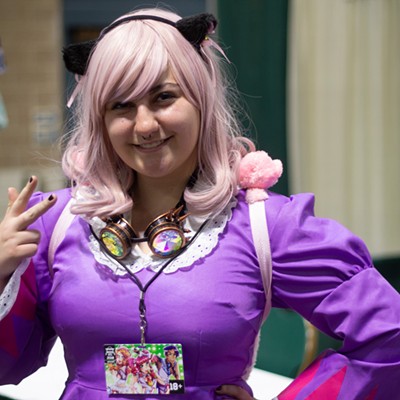 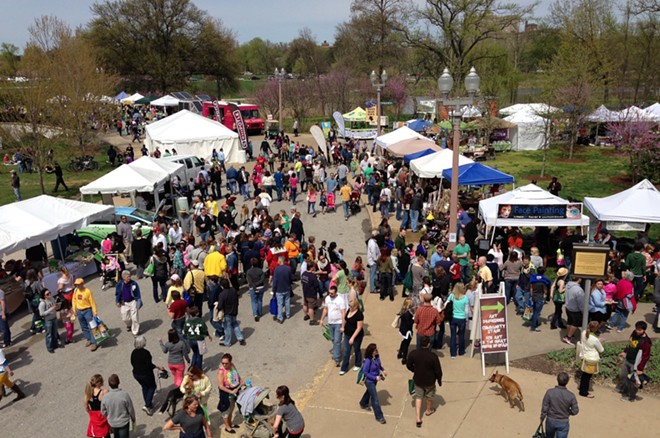 Courtesy St. Louis Earth Day Festival
The festival returns to the Muny Grounds in Forest Park on April 23 and April 24 from 11 a.m. until 5 p.m.
Mother Nature's Back

After the COVID-19 pandemic brought about a hiatus, the Earth Day Festival is back on the Muny Grounds. Read more here.

If you're looking for a weekend adventure, the Riverside Flea Market might be it. Located in Grafton, the flea market is roughly an hour's drive from St. Louis, making it a day trip and treasure hunt all in one. Described as "one of the largest flea markets in the region," visitors can find jewelry, antiques, furniture, candles and more from over 60 different vendors. The Riverside Flea Market will take place from 9 a.m. to 5 p.m. on Saturday, April 23, and Sunday, April 24, at the Loading Dock (400 Front Street, 618-556-7951, graftonloadingdock.com/flea-market). —Cassidy Waigand

Dancing in the Streets 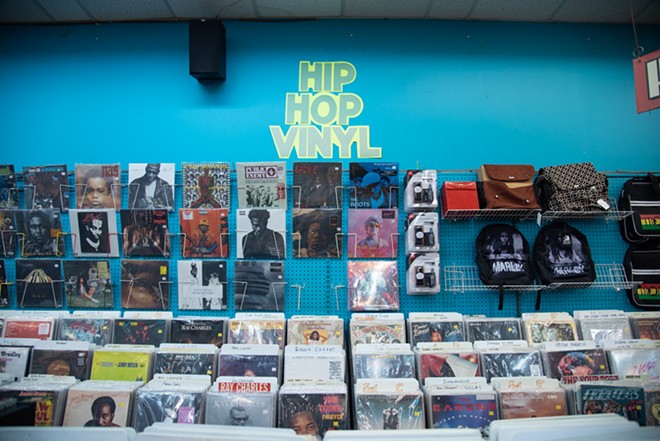 ERIN MCAFEE
The parties are back.
Record Store Day returns this year after the COVID-19 pandemic forced most stores to ixnay the party and focus more on the music the last two years. Unfortunately, Record Store Day itself has encountered some controversy due to supply-chain issues and smaller bands not getting their records pressed. But we can still party while the music industry sorts itself out. A good place to start is Euclid Records (19 N Gore Avenue, 314-961-8978, euclidrecords.com), which has a party planned on Saturday, April 23, featuring food from Layla and complimentary beer from 4 Hands Brewing Company, Logboat Brewing Company and Urban Chestnut Brewing Co., as well as live music returning throughout the day from 12:30 to 4:30 p.m. Other record stores are also planning to participate. Check out Record Store Day's website (recordstoreday.com) for more details.

Tacos and tequila will be flowing on the streets of Soulard as the third annual Taco and Tequila Crawl, organized by Bar Crawl USA, takes over. Boasting over 10 neighborhood bars, the crawl will have four signature tacos; discounted drink specials for margaritas, beer and tequila drinks; DJs at multiple stops; and a photo booth on deck. The Taco and Tequila Crawl (eventvesta.com/events/14481-taco-tequila-crawl-soulard-st-louis) kicks off on Saturday, April 23. A map will be provided so guests can stop where they like. Participating bars and restaurants include Great Grizzly Bear (1027 Geyer Avenue, 314-256-1457), Molly's (816 Geyer Avenue, 314-241-6200) and more, but the organization says these can be subject to change. Tickets start at $22.50. 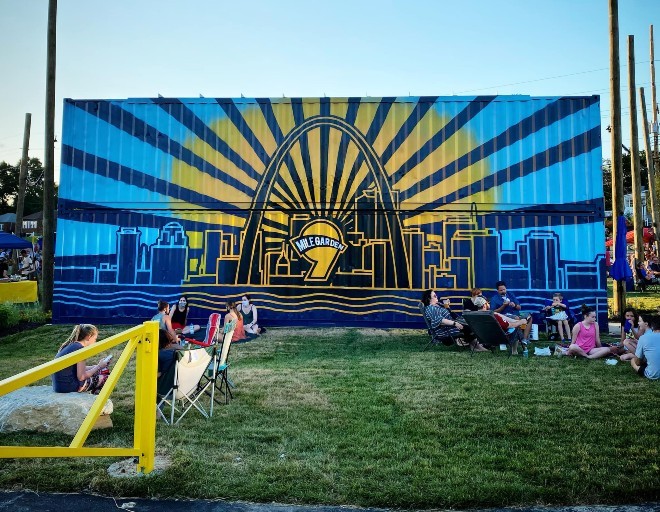 COURTESY OF 9 MILE GARDEN
9 Mile Garden is one host of the markets.
Market Madness
There's an old saying that "two is better than one." And St. Louis is proving that true with two pop-up markets over the weekend. The City Foundry is hosting their Procure Market, which features women-owned businesses. Over 40 local vendors are expected. And if you miss it this weekend, it happens the last Sunday of every month. Meanwhile, 9 Mile Garden's Mother's Day Market, in partnership with Pop Up STL, will also be underway. Shop more than 20 vendors to find a present for Mom and enjoy a sampling of food trucks. Prints, jewelry, candles and other gifts await; the event is dog friendly, in case you can't leave the pup behind. Admission is free for both events. They are on Sunday, April 24. The Mother's Day Market at 9 Mile Garden (9375 Gravois Road, 314-390-2806, 9milegarden.com) runs from 11 a.m. to 3 p.m. Procure Market at the City Foundry (3730 Foundry Way, cityfoundrystl.com) starts at noon and runs until 4 p.m.