The Best Things To Do in St. Louis During the Weekend, November 10 to November 16 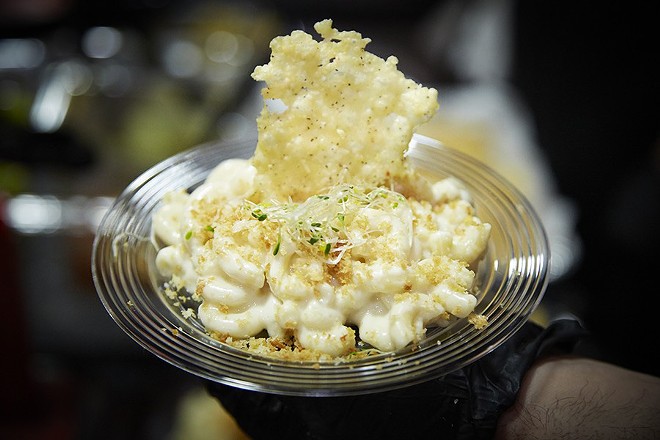 It's a bird! It's a plane! It's ... the Flyover Comedy Festival? St. Louis' annual comedy "invasion" is back for a fifth year of standup comedy showcases; improv workshops; performances, sketch and storytelling shows, and more. The festival is an opportunity for local and national comedians to showcase their talents in the city of St. Louis. It will run from Thursday, November 10, to Saturday, November 12, at venues across the Grove, such as the Improv Shop and Urban Chestnut, as well as at the Stifel Theatre (1400 Market Street). The headliner, two-time Emmy Award-winning comedian, actress and writer Sarah Silverman, will take the stage at the Stifel on Friday, November 11. Most events are 18+. For more information and tickets, visit flyovercomedyfest.com.

Stop us if you've heard this one before. A literary reading, a comedy act and a game show walk into the High Low (3301 Washington Ave). The resulting event will be the first time that the internationally renowned Literary Death Match comes to St. Louis. If you're a literary type who loves a compelling, deeply human story filled with truth and beauty but wishes sometimes one of those truth-filled beautiful stories could fight another such deeply felt tale to the death — then Thursday's happening is for you. Combatants include local literary heavyweights Gabe Montesanti v. Ron Austin and Deborah Taffa v. Angela Hamilton. The show starts at 7:30 p.m., and tickets are $10 preorder, $15 at the door.

Who says only men get to enjoy the less classy things in life? In The Full Monty, a gaggle of ladies hit the town for a night out and decide to catch a Chippendales-style show of male strippers. Little do they know that their menfolk are spying on them. Jealous and broke, those guys decide that not only can they do better than those strippers but that it might just be a great way to fill their pockets. Based on the comedy movie of the same name, The Full Monty is a 10-time Tony Award nominee that's being put on locally by Act Two Theatre inside of the St. Peters Cultural Arts Centre (1 St. Peters Centre Boulevard, acttwotheatre.com). The show starts at 7:30 p.m. with a 2 p.m. Sunday matinee and runs through Sunday, November 13. Tickets are $25.

You'll hear a different sound each night at Club Viva (408 North Euclid Avenue, 314-361-0322, clubvivastl.com). Wednesdays are reggae night. Thursdays and Saturdays are Latin nights. And at the end of the week are Afrobeat Fridays. The night club, located in the Central West End, scrunched in an alleyway between two buildings on Euclid Avenue, is self-described as "your global connection." And Club Viva is designed for dancing — with plenty of space for people to twirl to the music on the basement level. But it doesn't only offer music. On evenings with reggae and Afrobeats, visitors can enjoy curry and jerk chicken by Teranga Grill, along with $3.50 Red Stripe beer and $9 Patron tequila. The club is open from 8 p.m. to 1:30 a.m., and cover is $10 at the door. 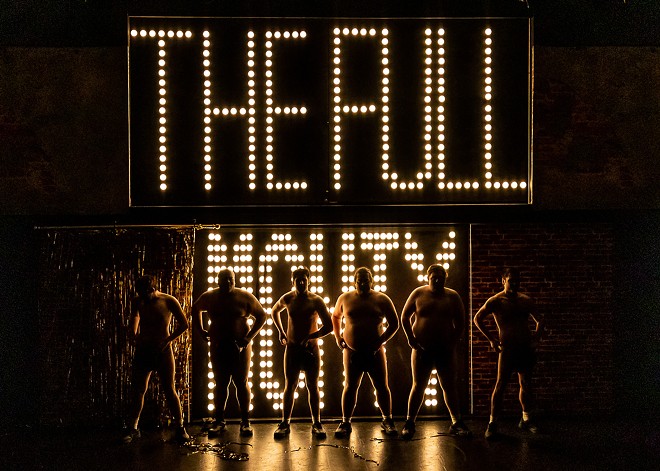 This weekend, local area restaurants will duke it out for the best mac and cheese in St. Louis. The fifth annual RFT Mac & Cheese Throwdown returns to the Moto Museum, with more than 10 popular St. Louis restaurants, including Salt + Smoke, The Gramophone and the Blue Duck competing. Visitors won't just have unlimited mac and cheese from a buffet. They can also vote for the best mac and cheese. With an open bar available to guests, the event is reserved for people 21 and over. The event lasts from 11 a.m. to 2:30 p.m. on Saturday. Tickets cost $45. Part of the proceeds will go toward the River City Journalism Fund. For more information, visit rftmacncheese.com.

One of the most famous illustrators and authors in the world is having an exhibition at Green Door Art Gallery (21 North Gore Avenue) in Webster Groves. St. Louis' own Mary Engelbreit will be displaying some new work based off of the books and stories that were important to her as a child. In addition to being a celebrated artist for decades now, Engelbreit has spent recent years as a loud and proud activist, lending her illustration skills to messages in support of liberal causes and in defense of the safety of children. Engelbreit's newest work is designed to recreate the cozy, safe feelings she felt when she was growing up. Also on display will be the original illustrations from her new book, The Littlest Night Before Christmas. Engelbreit's artwork will be on display and for sale through the end of the year. The exhibition runs from noon to 5 p.m., and admission is free.

More Than a Phase

These days, we look back at our early 2000s Myspace pages and cringe at the angsty posts where we brooded about trivial issues that at the time felt so monumental and the tongue-out selfies. How did we think the shaggy, emo bob hairstyle looked good? But whether you like it or not, you know that little emo version of yourself still lives inside you. And now it's time to let it out. On Sunday, join a new venue, the Hawthorn, at 8 p.m. for its Emo Night Tour dance party. Jam to some of your former (or current) emo favorites: Taking Back Sunday, Fall Out Boy, My Chemical Romance, Panic! At the Disco and more. The Hawthorn (2231 Washington Avenue, 314-887-0877) hosted its grand opening on November 3, so this event is one of the first to be held in the newly renovated space on Washington Avenue. Tickets are available online and cost $15. Attendees must be 21 or older (black nails not required).

Even before Halloween had graced our streets with a horde of sugar-powered ghouls, retailers had begun to set out holiday goods. We're happy to skip the big-box shops for now but might be willing to step into a cool local one for some early season consumerism for Craft Alliance's Holiday Shop Opening Weekend. The event, which runs throughout this weekend, offers a curated selection of artist-made work. Items include everything from plant embroidery to a ceramic bowl featuring a pattern of birds in flight to chunky, acetate jewelry. No matter who is on your shopping list, Craft Alliance has an item for them. The shop is open from 11 a.m. to 5 p.m. Prices range from affordable to indulgent.