The Best Things To Do in St. Louis During the Weekend, October 20 to October 23

How closely do writers' works cleave to reality? That question is at the heart of St. Louis Actors' Studio's Fiction. In the Steven Dietz play, two successful fiction writers are happily married until the wife, Linda, is diagnosed with cancer and reads her husband Michael's diaries. Within them, she finds writing about a secret affair. Is it real, or are the entries works of fiction? Then the tables are turned when Michael reads Linda's diaries. Find out what happens at 8 p.m. at the Gaslight Theater (358 North Boyle Avenue, stlas.org, 314-458-2978). The show runs through Sunday, October 23, and tickets are $35 to $40. 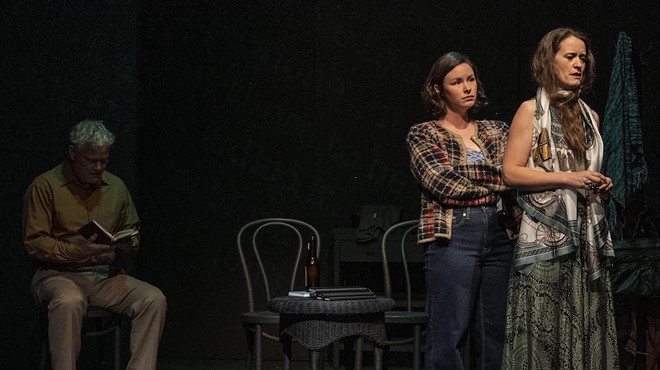 Bourbon, Whiskey and Rye, Oh My!

Don't worry, the St. Louis Bourbon Festival is called that for the sake of brevity. It covers the waterfront, offering more than 450 scotches, bourbons and whiskeys from around the world. The event will feature cocktails, bourbon celebrity meet-and-greets and tastings. If you can tell from taste if you're drinking an American whiskey made from corn and rye or a Scotch whiskey made from malted barley, then this is your event. The St. Louis Bourbon Festival is at the Lemp Grand Hall and Lofts (1817 Cherokee Street, stlouisbourbonfestival.com) from 5 to 9 p.m. Tickets are $90 for drinkers and $45 for designated drivers. You can add on a special "presenter" tasting ticket to sample flights of bourbons with master distillers, brand ambassadors and master bourbon tasters.

Dig out your flannel shirts, scrunchies, bucket hats and Doc Martens, and get back to your baddest '90s self to prepare for an evening of dancing that hasn't been seen since Nirvana's Nevermind first hit shelves. This night of wild throwback nostalgia will hit St. Louis thanks to Fool House: The Ultimate 90s Dance Party at Bally Sports Live. The live DJ'd event promises to pay "homage to the golden era of boy bands, pop stars, hip hop, and pop punk." We're thinking Lauryn Hill, Dr. Dre, Green Day, Alanis Morissette, Nas, C&C Music Factory, Smashing Pumpkins ... too many stars to name here. Get your night of sing-alongs, throwbacks and choreographed dance moves beginning at 9:30 p.m. at Ballpark Village (601 Clark Avenue). The dance party is free to attend.

Celebrate beer and fall at 4 Hands Fall Fest (1220 South Eighth Street). The local brewery has mixed up some magic for this festival, and you'll love all of the ingredients. The party celebrates the release of its Fat Elvis stout (which features flavors such as peanut butter, banana and chocolate), but 4 Hands is offering other adult-drink options, including a fall-inspired cocktail menu. If you get hungry, there will be a variety of foods available, including options from Sugarfire Smoke House, Hi-Pointe Drive-In, Chicken Out and Strange Donuts. Sean Canan's Voodoo Players will be on site to get the party started with live music. Kids are invited, too, for some free activities. Visit 4handsbrewery.com/4-hands-fall-fest for more information.

The West St. Louis County Chamber of Commerce presents Witches of West County at Vlasis Park (300 Park Drive, Ballwin; 636-230-9900, witchesofwestcounty.com). Enjoy dancing, food trucks, drinks, shopping, psychic and tarot readings, a costume contest and more! Dressing up is not required but encouraged. Don't miss the boutique and vendor shopping from 4 to 10 p.m. The band Out By 9 will perform live starting at 6 p.m. This is a 21+ event. Food and drink will be available for purchase. Tickets are $25 in advance, $35 at the door.

Beer is undeniably at the heart of St. Louis, as is Forest Park, one of the largest (and best) urban public parks in the U.S. St. Louisans can combine these two loves this weekend at St. Louis Beer Fest at the Saint Louis Science Center (5050 Oakland Avenue). The after-hours fest takes over the museum and its exhibitions, providing attendees with a beer buffet that includes 120 brews from over 40 breweries, including Logboat, 4 Hands Brewing Co., 2nd Shift, Good News Brewing Company and a whole host of others. The festival runs from 8 to 11 p.m. General admission includes unlimited samples and entry to the exhibits and costs $50. VIP entries are $65 and add an additional hour of drinking time and specialty beers. More information at stlouisbeerfest.com. 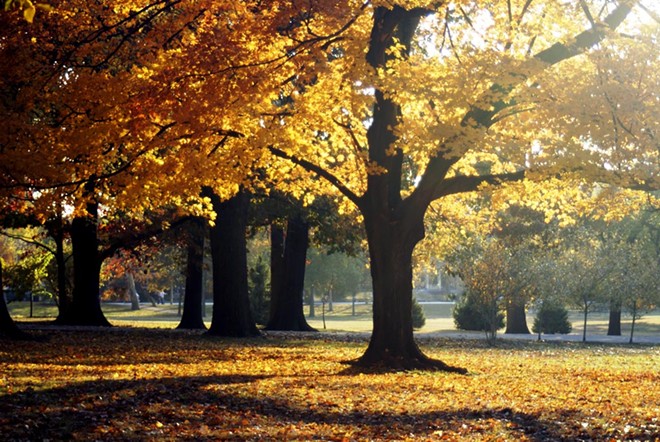 Tower Grove Park must feel like the second-best little sister sometimes. Forest Park is bigger, it houses all the prestigious institutions (you try competing with the zoo and the art museum!) and is the only place in St. Louis that constantly gets compared to Central Park (even if its only St. Louisans doing so). But the analogy is unfair for a host of reasons, and a big one is this: Tower Grove Park is actually the older sibling. Yes, this south-city gem opened to the public in 1872, four whole years before Forest Park's debut. And Tower Grove Park's trailblazing isn't the only reason it deserves celebration as one of the nation's premier public parks. It also provides dazzling four-seasons beauty and plays host to everything from kickball leagues to pickleball to family picnics. So let's celebrate this treasure at its 150th Birthday Bash Sunday from 11 a.m. to 4 p.m. Food Truck Alley will offer 15 food trucks curated by Sauce Magazine, while separate stages host musical performances for kids and adults. We hear Fredbird and Blues mascot Louie will be in attendance. When's the last time Forest Park could say that? Details at towergrovepark.org.

In a matter of days, the knights will hang up their swords, the pirates will pull up anchor, the turkey legs will be all gone, and Wentzville's Rotary Park will return to the 21st century. In other words, this is your last shot to bask in all the glory that the annual St. Louis Renaissance Festival has to offer. Over the years, the event has gone from niche gathering to a wildly popular affair with fun for the entire family, including unicorn and mermaid encounters, aerial acts, jousts, pub crawls and even a Game of Thrones-themed tavern. For the last weekend, the festival is transforming into an Enchanted Halloween, with spooky-season decor and activities. The event runs rain or shine, from 10 a.m. until 6 p.m. For additional information, visit stlrenfest.com. 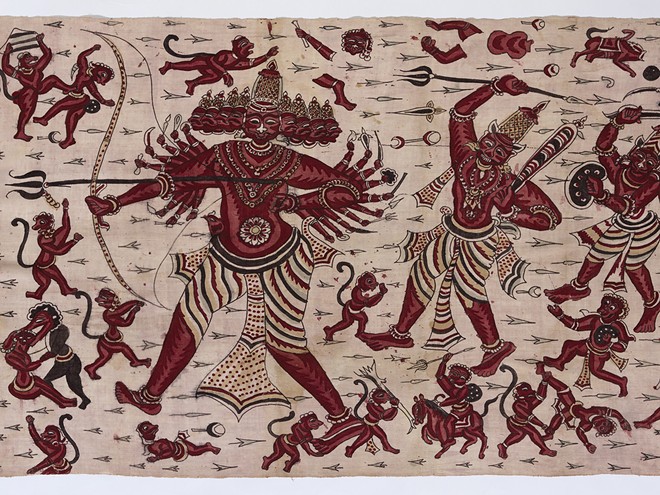 Brian Boyle
“Ceremonial Textile with Battle Scene from the Indian Epic Poem the Ramayana” will be on display as part of the Saint Louis Art Museum's exhibition Global Threads: The Art and Fashion of Indian Chintz.

Nowadays, drip is everything. Fortunately, we have a lot of options to look fly, and that is due at least in part to Indian chintz. It was Indian artists who more than several hundred years created a printed cloth that resisted fading. The fabric became known as chintz and resulted in some beautiful creations. The Saint Louis Art Museum (1 Fine Arts Drive, 314-721-0072, slam.org) is celebrating these breakthroughs with Global Threads: The Art and Fashion of Indian Chintz to show how this textile revolutionized fashion, trade and culture. The exhibition opens Sunday, October 23, and goes through Sunday, January 8. Tickets are $6 to $12. Check website for exhibition times.

Have an event you'd like considered for our calendar? Email c[email protected].