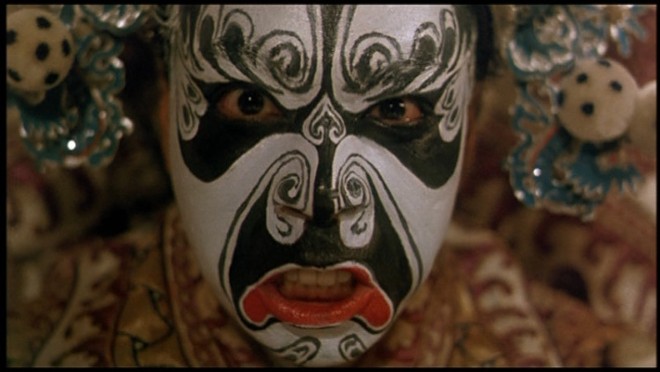 COURTESY OF WEBSTER FILM SERIES
Peking Opera Blues is full of surprises and moments of beauty.

This weekend is officially an indoor weekend, because it's cold and it's Valentine's Day. If you're all alone on the second-worst holiday of the year (Christmas is the all time number one worst holiday in perpetuity), there's always the Purina Pet Parade on Sunday.

1. Hong Kong Beauty
Hark Tsui's martial arts comedy Peking Opera Blues was the first of his films to hit the American arthouse circuit back in the 1980s, but it's not an easy film for a Westerner to follow (unless you're a keen historian of the Chinese Revolution). Still, there's a great deal of visual appeal and action to tide you over. Brigitte Lin, Sally Yeh and Cherie Chung are three strangers thrown together by the rising chaos of 1920s China. Sun Yat-Sen is waging war against the empire in hopes of establishing a new republic, and various warlords are trying to grab as much power as they can. Brigitte Lin plays the cross-dressing Tsao Wan, whose father is a general. Sally Yeh is aspiring opera star Pat Neil, whose ambition is thwarted by the long-standing tradition of men playing women's roles on stage, while Cherie Chung is a petty thief. Together they run from the palace to Beijing Theater, trying to do what they think is best. There's much footage of the flamboyant Chinese Opera, as well as rooftop fights, narrow escapes and some slapstick comedy. It's a visual feast. Peking Opera Blues is shown by the Webster Film Series at 7 p.m. Thursday, February 13, at Webster University's Moore Auditorium (470 East Lockwood Avenue; www.webster.edu/film-series). Tickets are $5 to $7.

2. Love in Motion
If you're tired of the dinner-and-a-movie route for Valentine's Day, maybe it's time to step up to dinner and a ballet. The Saint Louis Ballet joins forces with the Arianna String Quartet to present a romantic evening titled "Could This Be Love?" The centerpiece is the ballet The American, which was choreographed by Christopher Wheeldon for the Broadway musical An American in Paris. The piece is set to Dvorak's String Quartet No. 12 in F Major, which is set to the climactic ballet performance at the end of the musical. It should set an appropriately romantic mood. Also on the program are new ballets by company artistic director Gen Horiuchi and Emery LeCrone. "Could This Be Love?" is performed at 8 p.m. Friday and Saturday and 2:30 p.m. Sunday (February 14 to 16) at the Touhill Performing Arts Center on the University of Missouri-St. Louis campus (1 University Drive at Natural Bridge Road; www.stlouisballet.org). Tickets are $34 to $59.

3. Peaks and Valleys
Ulysses is dying in a squalid cabin, with the Rocky Mountains his only witnesses — until his one-time wife Emma shows up. Once he was a poet and college professor with a wife and a son, but now he has only his oxygen tank and his filth. Reunited after two decades apart, Emma and Ulysses rehash their broken past and why she ultimately abandoned him in the middle of the night, taking their son with her. Sharr White's drama Annapurna charts a course into the unsteady territory of love and loss, and what's on the other side of both. St. Louis Actors' Studio presents Annapurna at 8 p.m. Thursday through Saturday and 3 p.m. Sunday (February 14 to March 1) at the Gaslight Theatre (358 North Boyle Avenue; www.stlas.org). Tickets are $30 to $35.

4. Valentine's Fright
If you forgot to book a restaurant for Valentine's Day and you're worried it's too late to have a special evening with that special someone, fear not. The Darkness (1525 South Eighth Street; www.scarefest.com) is once again celebrating the holiday of love with My Bloody Valentine. The legendary haunted house will be open for business from 7 to 10 p.m. Saturday, February 15, with gruesome grooms and blood-spattered lurking throughout. The entirety of the Darkness has been re-themed for Valentine's Day, with a lovelorn soul named Vicky at the center of it. Vicky never had a date, and now she's coming back with demons in tow to seek her revenge on the male gender. If you really want to test yourself, there's a new coffin-escape challenge, during which you have five minutes to get out of a coffin. Tickets for My Bloody Valentine are $25, and only 1,000 will be released, so don't dawdle.

5. A Mystery Is Afoot
Irma Vep is the new bride of Lord Edgar Hillcrest, who may not be entirely over the mysterious death of his first wife, Lady Enid. Irma attempts to settle in to the stately Mandacrest estate, but both the housekeeper, Jane, and the houseboy, Nicodemus, mourn their former mistress too much for Irma to be comfortable. By the time the werewolves are howling on the moor and the portrait of Lady Enid is spewing fog, even Lord Edgar feels he has to investigate. So off he pops to Egypt to resume his work in ancient tombs, and then things at home really go pear-shaped. Charles Ludlam's Victorian-horror-comedy spoof The Mystery of Irma Vep creates supernatural amounts of laughter from nothing more than two actors and a sharp eye for the cliches and coincidences of B-movies. The Repertory Theatre St. Louis presents The Mystery of Irma Vep Tuesday through Sunday (February 14 to March 8) at the Loretto-Hilton Center (130 Edgar Road; www.repstl.org). Tickets are $20 to $94.50.

6. Dog Dash
The costume traditions of Mardi Gras are not just for humans, and the Purina Pet Parade is the proof. On Sunday, February 16, beloved dogs who are comfortable wearing clothes, costumes or exotic outfits gather with their people at South 12th Street and Allen Avenue (www.stlmardigras.org) for the 1 p.m. parade of pooches. It's free to watch, and if you believe your dog has the charisma and "wow" factor to be named one of the best-dressed pets in the parade, it's only $10 to register a single canine; the judges will select the most gloriously attired pups for the Court of the Mystical Krewe of Barkus at the Coronation Pageant, where the King and Queen of Barkus will be anointed with their crowns. Registration fees help the Open Door Animal Sanctuary. And don't forget the wiener dogs: Starting at 2 p.m. at Soulard Market Park (Lafayette Avenue and South Eighth Street), those dashing dachshunds will be separated into four categories and then race in six-dog heats to determine who is the fastest frank-shaped dog during Tito's Wiener Dog Derby. It costs $10 to enter your dog in the race, and admission is free for spectators, although VIP watching options are available. 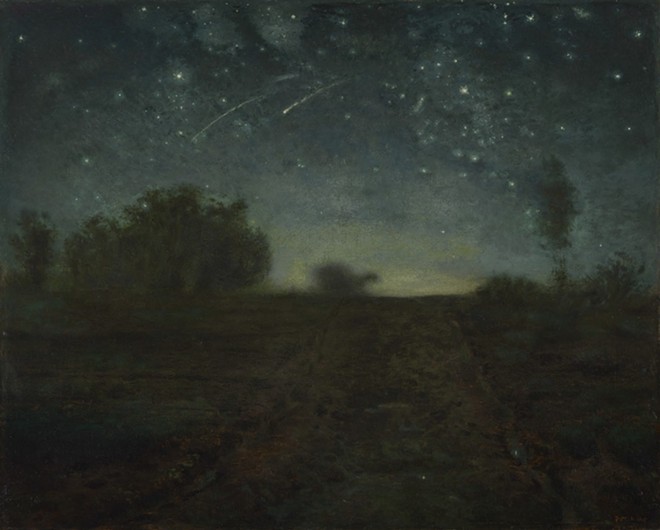 7. Father of Modern Art
Jean-François Millet's fingerprints are all over the works of Van Gogh, Monet, Camille Pissarro and Munch, but his influence on modern painting is not well known. By the time of his death in 1875 he was one of the best-known modern painters, revered both for his skill and his pioneering subject matter. Millet was at the forefront of using rural laborers, landscapes and nudes as his subjects, and indeed many of his individual paintings were later recreated or at least reimagined by his successors. Van Gogh's famous Starry Night over the Rhone River bears more than a passing resemblance to Millet's earlier Starry Night, which depicts a night sky over the countryside. (Van Gogh's devotion to Millet was complete, calling the elder painter "Father Millet.") Millet and Modern Art: From Van Gogh to Dali, the new exhibition at the Saint Louis Art Museum (1 Fine Arts Drive; www.slam.org), features an astonishing number of Millet's paintings paired with those of the artists he influenced. The exhibition resets Jean-François Millet at the forefront of modern art as an innovator and radical who pushed painting into a new era. Millet and Modern Art is on display from Sunday, February 16, to Sunday, May 17. The gallery is open Tuesday through Sunday, and admission is $6 to $15 (but free on Friday).