The Best Things to Do in St. Louis This Week, July 4 to 9 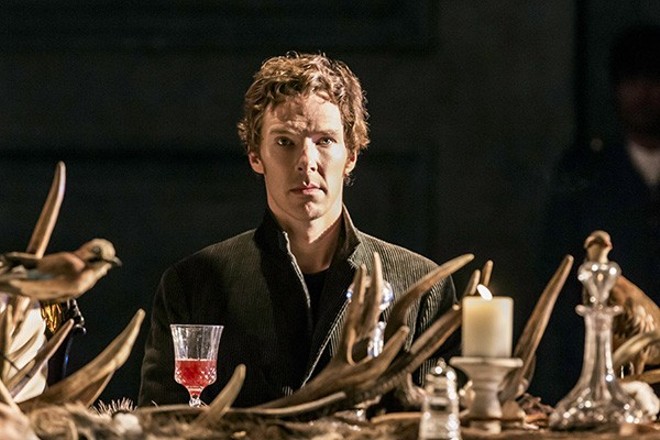 For many of you, it's going to be sweet four-day weekend spent celebrating the Fourth of July. After that, what do you do? Read on to see what non-fireworks things are happening this weekend.

1. America's Birthday
It's Independence Day and Fair St. Louis is under the Arch once again — what could be better? This year's Fair St. Louis takes place from 9:30 a.m. to 10 p.m. Thursday, 4 to 10 p.m. Friday and noon to 10 p.m. Saturday (July 4 to 6) at the Arch Grounds (200 Washington Avenue; www.fairstlouis.org), and admission is still free. All three days are action-packed, with the Boeing Air Show featuring the U.S. Army Golden Knights parachute demonstration team, the VP Parade at 9:30 a.m. Thursday, a "salute to the troops" on Saturday, an interactive STEAM zone and live music by Johnny Gill, Keith Sweat, the Flaming Lips, Randy Houser and Brett Young. As is tradition, the sensational Edward Jones Fireworks Show closes out all three nights of the party.

2. Freedom Party
Prepare for a world of fun as the O'Fallon Heritage and Freedom Fest returns to the Ozzie Smith Sports Complex (900 T.R. Hughes Boulevard, O'Fallon; www.heritageandfreedomfest.com) Tuesday through Thursday (July 2 to 4). There will be a carnival and midway, performances by the Street Drum Corps, a kids zone and Arch City Adventures bubble soccer on all three days. Musical performances by Noah Guthrie and Walker Hayes (Wednesday) and Gabby Barrett and Pat Benatar & Neil Giraldo (Thursday) are followed by a 9:30 p.m. fireworks display. The festival opens at 4 p.m. Tuesday and Wednesday and 9:30 a.m. Thursday, and admission is free. Some activities (the carnival, bubble soccer) require a fee.
—Joshua Phelps

3. The Plays Are the Thing
The seventh edition of the LaBute New Theater Festival returns for a four-week run, courtesy of St. Louis Actors' Studio. The celebration of new, short theatrical works is one of the more popular tickets in town, as it presents challenging, thoughtful plays to a discerning audience. As always, the eponymous playwright contributes a new piece ("Great Negro Works of Art"), which will be performed at every show. This year's six other finalists are performed in two batches, with three presented the first two weeks of the run and the other three closing out the festival's final two weeks. Performances are at 8 p.m. Thursday through Saturday and 3 p.m. Sunday (July 5 to 28) at the Gaslight Theater (358 North Boyle Avenue; www.stlas.org). Tickets are $30 to $35.

4. Poor Bastard
Leonard Bernstein's operetta Candide wasn't well received upon its debut, but after several reworkings it has become beloved at last. Based on the novella by Voltaire, it's the story of Candide, the illegitimate relative of a fiery baron. When Candide falls in love with the baron's daughter, Cunegonde, he sets off a series of calamities, degradations and unlikely resurrections. Throughout his travels and travails, Candide keeps finding Cunegonde and her vengeful brother Maximillian, despite Fate's best efforts. Union Avenue Opera opens its 25th season with Candide. Performances are at 8 p.m. Friday and Saturday (July 5 to 13) at the Union Avenue Christian Church (733 North Union Boulevard; www.unionavenueopara.org). Tickets are $35 to $55.

5. Night Lights
If you don't live in an air-conditioned place, the Missouri Botanical Garden (4434 Shaw Boulevard; www.mobot.org) is one of the coolest places to be when the summer sun goes down, thanks to its multitudes of flora. Fortunately, the garden will be open late once again on select nights during Garden Party Lights, a massive installation of multimedia light projections designed by AVI Systems and Theatrical Concepts. Doors open at 6 p.m. Thursday through Sunday (July 6 to October 19), with the light show starting once it's dark. There will be food and beverage sales at both the covered Biergarten and the Cohen Cantina. Tickets are $10 to $20, and Thursdays and Sundays are family nights, with $3 tickets for kids younger than twelve.

6. Last of the Blowouts
Pets, music, food and fun: Webster Groves has it all during its Community Days Independence Day Festival, which takes place Wednesday through Saturday (July 3 to 6) at 40 Acres (Elm and Glendale avenues; www.webstergroves.org/communitydays.org). The Webster Groves Lions will handle the barbecue duties, and they've also arranged for carnival rides and the midway booths. Local bands including Brawsh, Cortez the Killer and Dang will perform during the evenings, with fireworks spectaculars scheduled for 9:30 p.m. Thursday and Saturday. Admission to Community Days is free.
—Joshua Phelps

6. Danish Encore
The role of Hamlet provides a formidable challenge for any actor, and only the greats can capture the Danish prince in all of his keening sorrow and white-hot rage. A decade ago, Benedict Cumberbatch played the role in a memorable production at the National Theatre, with the excellent Ciaran Hinds (Game of Thrones, Harry Potter) as the murderous Claudius. Fathom Events marks the tenth anniversary of this remarkable production with a nationwide rebroadcast. National Theatre: Hamlet is shown at 7 p.m. Monday, July 8, at the Marcus Ronnies Cine (5320 Lindbergh Boulevard; www.fathomevents.com). Tickets are $19.39.

7. For Love and Country
Rogers & Hammerstein's Cinderella is a beloved family favorite, although the 2013 Broadway revival updated the show slightly. In this version, Cinderella makes her handsome Prince aware of his kingdom's horrible oppression of its most vulnerable subjects, which stems from the cruelty of the Prince's chief minister. What's more, Cinderella's stepsister Gabrielle is in love with the crusading Jean-Michel, who's actively fighting the minister's legislation. The Muny presents this new Cinderella at 8:15 p.m. Monday through Tuesday (July 8 to 16) at the Muny in Forest Park (www.muny.org). Tickets are $15 to $105.