The Best Things to Do in St. Louis This Week, September 12 to 16 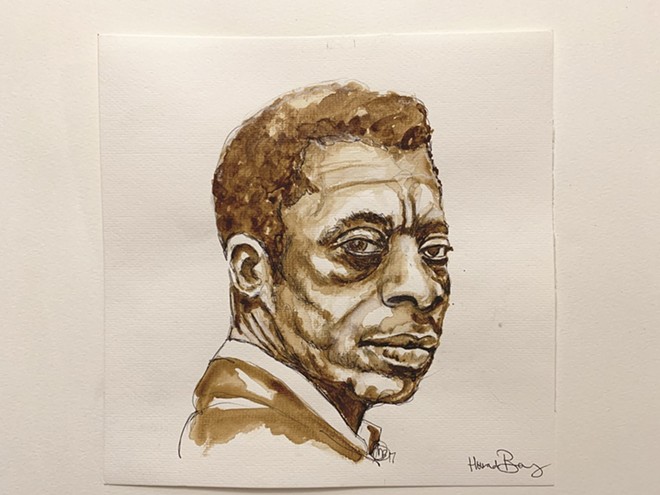 Aw, it's a big week, kids. The St. Louis Symphony fires up the engines on Thursday night, and it goes full-pelt from there. Art shows, new plays, beer fests and Rob Zombie all play their parts in making this a weekend to remember.

1. Night Music
The St. Louis Symphony Orchestra performs its only al fresco performance of the season on Thursday, September 12, at 7 p.m. in Forest Park. Stéphane Denève leads the orchestra through a program of popular classical pieces (selections from Bizet's Carmen and Berlioz's Damnation of Faust) and classic pop songs ("Meet Me in St. Louis," W.C. Handy's "St. Louis Blues March" and John Williams' main theme for Star Wars) from the foot of Art Hill. Admission is free and picnicking is encouraged, so bring the kids. A fireworks display will follow the concert. For more information, visit www.slso.org. 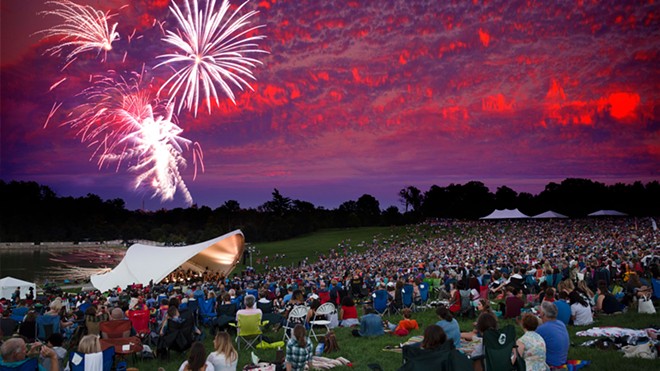 COURTESY OF ST. LOUIS SYMPHONY
The St. Louis Symphony starts its new season with a free concert on Art Hill.

2. Men's Work
The everyday black household is foreign territory to most of America. There have been a few TV shows (The Jeffersons at the richer end of the spectrum, Good Times at the more financially tenuous) that depicted fictionalized domestic situations, but even those can be considered non-standard families. They certainly weren't entirely relatable to Katherine Simóne Reynolds' own upbringing. Inspired by this dearth of representation, Reynolds asked black male artists to address the idea of black home life from a male perspective. The exhibition Soft Scrub challenges stereotypes and reveals lessons learned about cleanliness, division of labor and social expectations. Soft Scrub opens with a free reception from 7 to 10 p.m. Friday, September 13, at the Luminary (2701 Cherokee Street; www.theluminaryarts.com). Participating artists include Vaughn Davis Jr., Mitchell Squire, Cameron Granger and Keyon Gaskin. The exhibit remains up through October 26.

3. Love on the Run
This year's Shakespeare in the Streets performance takes place in two different states, which has to be a first. Love at the River's Edge is inspired by and lightly adapted from Shakespeare's As You Like It, which is set in a duke's court and a more bucolic forest. When a young woman is forced to flee her home because of government-sanctioned abuse, she finds love and a new commitment to fighting for her rights in the woods. Act one of Love at the River's Edge starts on Friday, September 13, and Saturday, September 14, at 7 p.m. at the corner of Page and Ferguson avenues in Pagedale (www.sfstl.com). The audience will then be transported by bus to the east side of the Mississippi River near the Golden Eagle Ferry in Calhoun County. At the play's completion, the audience will travel by bus back to Pagedale. Admission is free but reservations are recommended.

4. Going to the Chapel
While recovering from cancer surgery, French artist Henri Matisse hired a night nurse who shaped the course of his remaining years. Monique, the young woman who got the job, was an amateur artist who befriended the old man and sat for several paintings. Their friendship remained close even after she took her vows as a Dominican nun. Monique, now Sister Jacques-Marie, asked Matisse if he would design the new chapel for the small French city of Vence, a challenge that the now 77-year-old artist spent four years pursuing. The story of Matisse and Sister Jacques-Marie's friendship and the creation of Matisse's masterpiece was told in Barbara F. Freed's documentary A Model for Matisse, which so inspired local actor and writer Joe Hanrahan that he adapted it for the stage with Freed's help. The play A Model for Matisse makes its world premiere at 8 p.m. Wednesday through Saturday (September 13 to 21) at the .Zack (3224 Locust Street; www.midnightcompany.com). There are additional performances at 2 and 7 p.m. Sunday, September 15, and tickets are $20.

5. The Art of Forward Motion
Local artist Howard Barry has gained significant attention for his illustrations inspired by the Ferguson protests, but he's not just an activist artist. Barry's drawings are a form of physical and mental therapy. He creates to relieve his frustration with the world and his own pain. Using ink, coffee and various computer programs for effects, Barry creates images of artists, musicians, civil rights pioneers and modern-day protesters, all with an eye for gesture and a gift for imbuing something of his subject's character. James Baldwin's luminous eyes reveal his hurt and anger with the country that rejected him for his blackness and homosexuality, while a barefoot child pushing his way through cotton emerges from a page of sheet music for Billie Holiday's "God Bless the Child." Inertia, an exhibition of Barry's artwork, opens with a free reception from 4 to 7 p.m. Saturday, September 14, at Gallery 210 on the University of Missouri-St. Louis campus (1 University Drive at Natural Bridge Road; www. gallery210.umsl.edu). The show remains on display through December 9.

6. Bigger, Better Hop
There have been twenty previous editions of Schlafly's Hop in the City, so you know the deal. You buy a tasting ticket, you get to sample more than 40 beers, plus four specially brewed beers, and there will be food and a couple bands. For year 21, there have been some important changes to the tried-and-true method. Tasting tickets are limited this time around, to keep the festival grounds from being overcrowded. The layout has also been reimagined so the lines should be more manageable, with more shade and seating available and greater quantities of each beer to safeguard against running out. Hop in the City takes place from 11 a.m. to 4 p.m., with tasting time starting at noon on Saturday, September 14, at the Schlafly Tap Room (2100 Locust Street; www.schlafly.com). Tickets are $35 to $40, and if you're not into samples, you can buy singletons from Schlafly's regular beer menu.

7. The Zombie Oeuvre
Rob Zombie's deranged Firefly family returns to the big screen with more blood 'n' guts in the highly anticipated 3 From Hell. Otis, Baby and Captain Spaulding are back in action, but doing what is unknown at this point. You may recall that the family was caught in a withering hail of gunfire at the end of The Devil's Rejects, so perhaps Hell really did reject them and they're alive and ready to get even with all their many enemies. 3 From Hell debuts with a nationwide three-night screening of the unrated version of the movie, courtesy of Fathom Events. You can see it locally Monday through Wednesday (September 16 to 18) at 7 p.m. at the Marcus Ronnies 20 Cine (5320 South Lindbergh Boulevard; www.fathomevents.com). The Monday showing includes an introduction from Rob Zombie and a limited-edition poster while supplies last. Tuesday night audiences get a bumper sticker designed by Rob Zombie, and Wednesday night's crowd is treated to a double feature of The Devil's Rejects and 3 From Hell. Tickets are $16.16.