The Best Things to Do in St. Louis This Weekend, January 6 to January 8 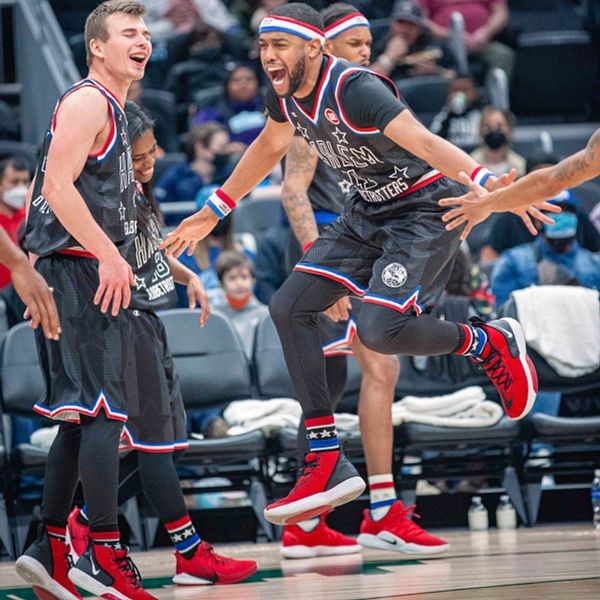 Courtesy Photo
The Harlem Globetrotters take the court on Saturday, January 7, for two shows at the Enterprise Center.

Find the best things to do in St. Louis this weekend:

If you've been on TikTok for any length of time, you've probably come across @stlaintbad, a city booster account that takes you inside the Garden Glow, shows you the Grinch twerking at Fast Eddie's or advises you on which local shops are the coolest. Megan, the woman behind the account, is hosting an anniversary party to celebrate two years on the app and more than 50,000 followers. The STL Ain't Bad Anniversary Party will be at the Garage (750 South Fourth Street). The event kicks off at 6 p.m., and those who arrive before 8 p.m. will receive a complimentary cocktail. Live music starts at 8, and the whole shindig is free.

If you've ever wanted to try to hike at night but have been afraid of, you know, getting lost and dying, this is your chance to test it out. The Moonlight Hike is a monthly event that includes a guide and group of like-minded hikers who don't want to let a lack of daylight keep them from wandering in the woods. It's recommended that hikers wear weather-appropriate clothing and bring a water bottle. Flashlights are discouraged on the trail, but you can bring one to turn on for any tricky parts. The Nature Institute (2213 South Levis Lane, Godfrey, Illinois; 618-466-9930, thenatureinstitute.org) hosts the hike, which is $5 for nonmembers and free for members. It starts at 7:30 p.m.

Outfit of the Day

The Saint Louis Art Museum is on a theme. If you loved Global Threads: The Art and Fashion of Indian Chintz, (which is open just a bit longer if you haven't seen it yet), then you can get a sequel with the newest exhibit Fabricating Empire: Folk Textiles and the Making of Early 20th-Century Austrian Design. The focus here is similarly on textiles but more particularly on how Central European folk costumes influenced modern design. The exhibit opens Friday, January 6, at 10 a.m. and is free, but if you head over to the art museum at 4 p.m. you can celebrate the exhibit with curator Genevieve Cortinovis and buy some drinks to sip while you check things out.

Local pro-wrestling promoter Glory Pro Wrestling is hosting Wrestlepocalypse at Delmar Hall (6133 Delmar Boulevard, 314-726-6161, thepageant.com). The event will include fan favorites like Curry Man, Camaro Jackson, Warhorse, Kylie Rae and Jake Something. Tickets are $25 to $50, and the show starts at 7 p.m.

If you want to see improv where people had a chance to prepare, then check out Eggheads at the Improv Shop (3690 Chouteau Avenue, theimprovshop.com). The improv scholars will solicit prompts via social media earlier in the week and research the topic all week. So maybe you suggest Basque and one person looks up the women's clothing item, while another person studies the language and region in Spain. Then the scholars come together at 8 p.m. and improvise a two-act show using what they've learned. You might learn something too. Tickets are $10.

Art Saint Louis (1223 Pine Street, 314-241-4810, artstlouis.org) solicited area artists to submit work that focuses on one's "sense of self." The result is Personal History, a new exhibit that has 63 works from 51 artists in Missouri and Illinois. The exhibit includes paper, photography, printmaking, even video submissions that include many takes on traditional portraits, including one of a blurry dancer and another of a woman looking through rose-colored glasses at another person who fits on her fingertip. The exhibit opens today and stays open through Wednesday, February 15. The museum is open from 8 a.m. to 4 p.m. Monday through Friday and from 9 a.m. to 3 p.m. on Saturdays. Admission is free.

One of the worst mistakes we ever made was betting on the Washington Generals. Who are the Generals? They're the unlucky team that is forever having the ball dribbled between their legs and getting pump-faked into oblivion by the world-famous Harlem Globetrotters. The American institution of basketball skill will be bringing their next-level acumen, bottomless bag of tricks and some serious LOLs to the Enterprise Center (1401 Clark Ave) this Saturday. The Globetrotters take the court for two shows, first at 2 p.m., then again at 7 p.m. Tickets start at $24. —Ryan Krull

Swing by Dunaway Books (3111 South Grand Boulevard) to hear some fantastic poets chop it up with three wordsmiths visiting from the East Coast during Indie Poetry. Representing St. Louis will be poets Kristin J. Thompson, Daniel W. Wright, Denmark Laine, Jessie Eikmann and Jared C. Lewis. Joining them will be New Jersey's Damian Rucci along with New York's Nathanael Stolte and Scott Laudati. It's not a competition between the home and away teams — in poetry, teams are definitely not a thing — but that doesn't mean those in the audience can't engage in a little armchair literary criticism and suss out some regional differences between the Lou's poetry and verses coming out of the tri-state area. The event begins at 7 p.m. and is free. —Ryan Krull

Rosalind is the editor-in-chief of the Riverfront Times. She formerly worked for Washington University's alumni magazine and St. Louis Magazine. In 2018, she was selected as a Rising Leader of Color by the Theatre Communications Group. In 2014, she was selected as an Emerging Leader by FOCUS St. Louis. Her work...
Scroll to read more Arts Stories & Interviews articles (1)