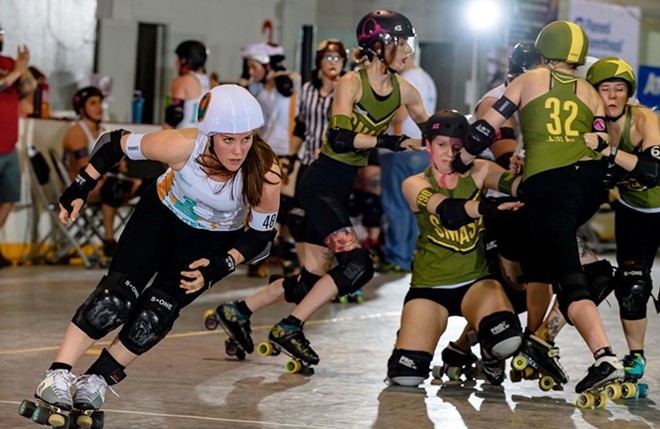 This weekend has something for everyone. Drag aficionados can check out Love and Drag's Old Hollywood Glam show, while dog lovers can head to Forest Park's Cricket Field for Bark in the Park. STL Fest is in Grand Center with an afternoon block party and a concert, and you can finish off the weekend at Benton Park for their free concert series. 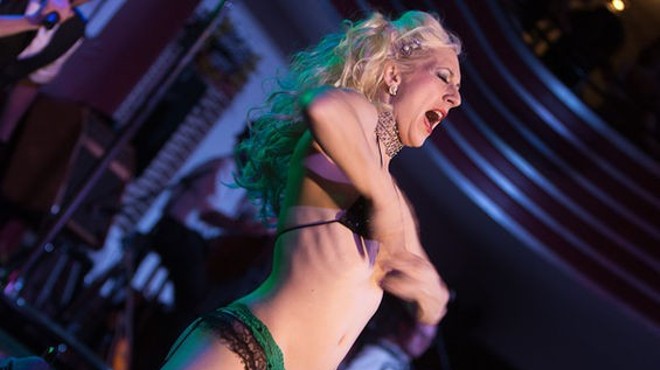 Maplewood Moves
Maplewood, as we noted in our recent incomplete municipalities guide, is one of the "hipper municipalities in St. Louis County" — and it's throwing a weekend bash with its neighbor, Richmond Heights. The Taste of Maplewood features local businesses, boutiques and restaurants. There will be live music, a beer garden next to the stage and games in nearby Sutton Loop Park. The Taste of Maplewood (Sutton Boulevard, just south of Manchester Road; midcountychamber.org/programs-events/tom) is on Saturday, May 21, from noon to 8 p.m. There is a pre-party scheduled for 6 p.m. Friday, May 20, as a "sneak peek" to the main festival.

Getting Frisky
The 27th Annual Bark in the Park is one of the area's most popular pet festivals. Bring your four-legged friend to Forest Park for a day of events including a 5K race, a Purina Incredible Dog Team exhibition, a one-mile walk for animals and a pet contest with categories such as best stunt or trick, shortest legs and best dog-owner lookalike. The event benefits the Humane Society of Missouri. Bark in the Park is on Saturday, May 21, from 8 a.m. to 1 p.m. at Cricket Field in Forest Park (314-647-8800, member.hsmo.org/site/PageNavigator/BarkinthePark2021.html). Tickets are $35 to participate in the 5K run or one-mile fun walk. — Rosalind Early

Gods of the Garden
The Handle Bar (4127 Manchester, 314-652-2212, handlebarstl.com) is turning into Mount Olympus for a night as it hosts the Grecian Garden Toga Party for all the gods and goddesses. Put on your nicest toga because those in costume get into the party free. DJ Ben Stein and Drace keep the party going on the patio, and Umami is performing inside. There will be a costume contest, photo booth, wine fountain and more. The Grecian Garden Toga Party is on Saturday, May 21 from 7 p.m. to 2:30 a.m. The cover is $5 unless you're in costume or arrive before 9 p.m. — Rosalind Early We hope you already got your tickets because STL Fest is already sold out. But even if you can't make it to the concert in the evening featuring some of St. Louis' best musical talents and DJs, you can still check out the family-friendly block party from noon to 5 p.m. It will include a VIP Car Row and special performances from STL Fest Contest winners Supafly Todd, Kia Monger, Lynita Renae and Slow Spread Love. A word for those who have snagged tickets for the main event: Prepare to turn up. STLFest is bigger and better, with Reggie Son, Nando STL, Lydia Caesar and Da Bangaz all expected to perform. STL Fest is Saturday, May 21, at the Big Top (3401 Washington Avenue, stlfest.live).— Rosalind Early

Park Party
One of the first signs of summer, the Benton Park Summer Concert Series is back. Featuring the band The Mighty Pines, this concert will also have pizza from Café Piazza, and the neighborhood association will have drinks and merchandise for sale. Pack a picnic blanket on Sunday, May 22, and head to Benton Park (2700 South Jefferson Avenue, bpnastl.org/upcoming-events) for the Summer Concert Series, which starts at 4 p.m. Admission is free.