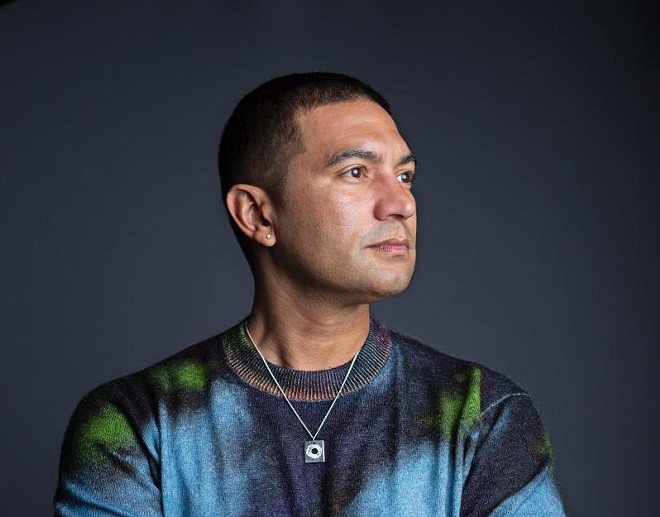 The new editor of Poetry: A Magazine of Verse takes me on a short video-conferencing tour of his place after we talk. The thing to see, actually, is the world outside Adrian Matejka's space: majestic views of downtown Chicago. He points out the Sears Tower.

"It just feels like a whole different thing," he says. "I'm glad I got to show you it today, when it's all blue and fine."

Getting the post-interview tour is a bit unusual. But I know Matejka from before he was the editor (and the first-ever Black editor) of what's arguably the most influential and well-funded literary magazine in the U.S., before he was the poet laureate of Indiana, before his poetry collection The Big Smoke was a finalist for the National Book Award and the Pulitzer Prize.

At the time, he directed the reading series for St. Louis literary magazine River Styx (where I was an intern) and taught at Southern Illinois University Edwardsville. Though his home was in Edwardsville, St. Louis is where Matejka truly lived, often worked and played pickup basketball with a bunch of writers and "old timers."

Has St. Louis Literary Magazine River Styx Reached the End?: Funding cuts and staff shortages have put the future of the magazine in peril


Matejka, 50, who left in 2015 to take a job in his hometown at Indiana University, always imagined returning to St. Louis.

"I miss it," he says. "I miss the literary community so much. I miss how I felt when I drove over 64 across the bridge, almost there. Like I'd always get this feeling of being so excited to be back."

When Poetry first invited Matejka to interview, he wasn't sure he wanted the job.

The appointment makes sense. Matejka constantly draws in people, creates opportunities for others and works to bring attention to new, underrepresented voices in poetry.

That commitment to representation — alongside his many other accomplishments (five books and a graphic novel, teaching and magazine experience, editorial work, accolades and so on) — makes Matejka's appointment unsurprising.

"I get the chance to do this to give back in the ways that I've been given so much," he says.

Getting named editor of Poetry is a big deal because Poetry is a big deal. Since its beginnings in 1912, the magazine has published luminaries (Robert Frost, Sylvia Plath, Raymond Carver) and poems ("The Love Song of J. Alfred Prufrock" by T. S. Eliot) so famous that even an indifferent high schooler might recognize them. It has also published work by unknown writers (see Eliot), helping bring success to many.

It was already one of the most prominent, though sometimes cash poor, publications in 2002 when Ruth Lilly, heir to the Eli Lilly fortune, announced she was bequeathing what turned out to be more than $200 million to the journal. The gift became an endowment that secured the financial future of the magazine and helped establish the Poetry Foundation, a nonprofit working to increase poetry's visibility in contemporary culture.

Founding editor Harriet Monroe hoped Poetry would be open to all. In her opening letter from the editor, Monroe wrote, "May the great poet we are looking for never find it shut, or half-shut, against his ample genius! To this end the editors hope to keep free of entangling alliances with any single class or school. They desire to print the best English verse which is being written today, regardless of where, by whom, or under what theory of art it is written."

"She created this magazine to give space for people who didn't have space before," Matejka says, noting that Monroe had office hours and accepted submissions year-round. "It was a really radical idea." 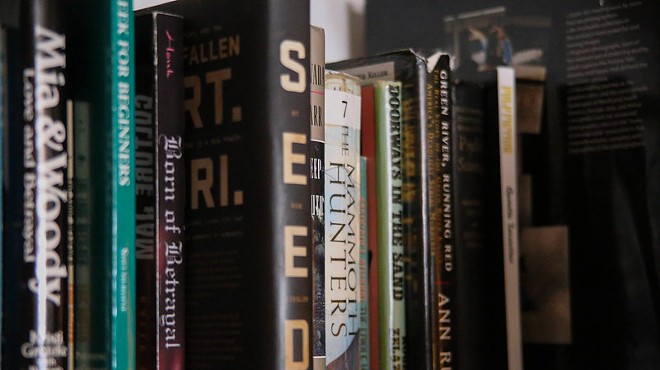 Poetry lived up to Monroe's ideals — except when it didn't.

In 2020, then-Poetry editor Don Share resigned amid backlash over publishing a poem with offensive terminology. A month earlier, the president and board chairman resigned following criticism of how the foundation had failed to support individuals from marginalized communities.

Matejka doesn't talk much about those incidents. But throughout his professional career, Matejka has opened poetry's doors to underrepresented and marginalized voices. He's done so subtly, as a teacher and in booking the reading series. He's also done so more explicitly as Indiana poet laureate from 2018 to 2019.

"Representation, you know, equity, these kinds of things don't just happen on their own," he says. "We have to pay attention to them and manage that and make sure that we're thinking about making space for people. ... That's one of the things that I've been trying to do is figure out ways to invite people."

Matejka says that Poetry, especially under the leadership of interim co-editors Fred Sasaki and Lindsay Garbutt, had already begun doing that important work. He hopes to continue that transformation and plans to demonstrate that commitment in the magazine's pages.

The first issue that he'll have worked on comes out in October. He believes it will demonstrate that Poetry is still all about quality and the history of poetics but also about building community and creating spaces.

Matejka looks forward to that. But he also anticipates the sweet quotidian aspects of the job: walking down Superior Street in downtown Chicago with a cup of coffee and reading poetry all day.

"As challenging as this job is going to continue to be, I just feel so lucky to be able to do this stuff," he says. "Every day I get to, maybe, put somebody in who has not been in the magazine before. I get to send an email or call somebody and say, 'Hey, you know, we really want this work from you.'"