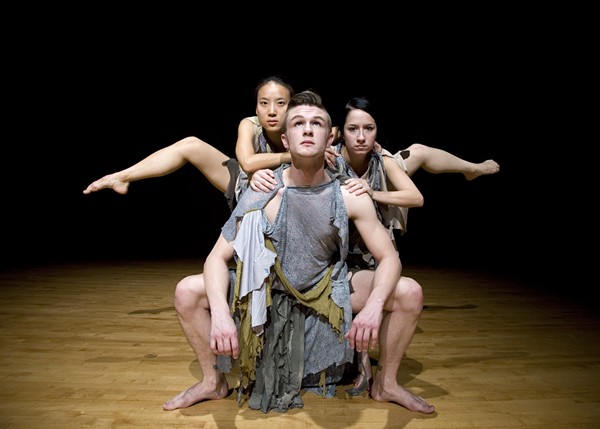 After 10 years of existence, the UMSL dance program has been eliminated and will be phased out by the end of this semester. "The Last Farewell," a dance concert featuring UMSL dance students at the Touhill Performing Arts Center at the end of April, will mark the last performance ever for the UMSL dance department. Low enrollment and a budget crisis at UMSL are largely to blame — and while the dance department was one of the first programs to go, it will definitely not be the last.

Assistant Teaching Professor of Dance and Program Coordinator Ronderrick Mitchell, who moved to St. Louis in July to fill his position, says he was notified right before winter break that the dance program was folding. Other programs will find out their future this month.

Mitchell says that the dance program has struggled with enrollment throughout its ten-year run.

"Unfortunately, I inherited a program that was very very broken. So we didn’t have a very high enrollment," Mitchell says, noting that the school is graduating just one dance major this semester. Most remaining dance students have either changed their major or are finishing a dance minor, while two others have been encouraged to transfer to Lindenwood's dance program after the semester ends.

Mitchell adds that no one even knew who the dance majors were when he arrived.

"They were never listed. The degree was Theater and Dance, so all students in Theater and Dance were listed, but no one knew who the students that were dance-focused," Mitchell explains. "Since my time here from August, I have run into students who have either declared dance as a major who I’ve never even met, or students who were declaring dance as a minor who were all not enrolled in technique classes. So on paper, we just didn’t have the numbers."

Low enrollment isn't unique to the dance department in recent history. Back in November, UMSL told the St. Louis Post-Dispatch that enrollment had decreased by four percent instead of increasing by two percent as anticipated this school year. According to the UMSL website, factors such as building projects and a decrease in state appropriations also played a part in the budget deficit. When the Post-Dispatch followed up with the university in January, UMSL was said to have a $15 million hole in its budget.

Mitchell had hoped to solve the enrollment problem in the dance department, but never got the opportunity. Nor did he get the opportunity to plead for his program. "The Last Farewell" is an attempt to rectify that — it is intended to show the community and university what they will be missing.

The concert will include a variety of dance styles, including ballet, jazz, hip hop, traditional Chinese and Indian dances, and a religious piece. There will also be a politically driven piece focusing on race, as well as a dance choreographed by Mitchell himself. He says it chronicles his experience since coming to UMSL.

With this last performance, Mitchell hopes people will rethink their approach to dance as not just a hobby but as a career. Ultimately, his goal is to open a dialogue.

"That is my biggest hope, that there’s a discussion about us losing the arts," he says. "Whenever there’s a budget crisis, the arts are always the first thing to go."

You can see the "Last Farewell" at the Touhill Performing Arts Center April 28 - 30 at 8 p.m. The concert is free and open to the public.