Uncanny, Now at the Des Lee Gallery, Invites Viewers to Give in to the Slippage 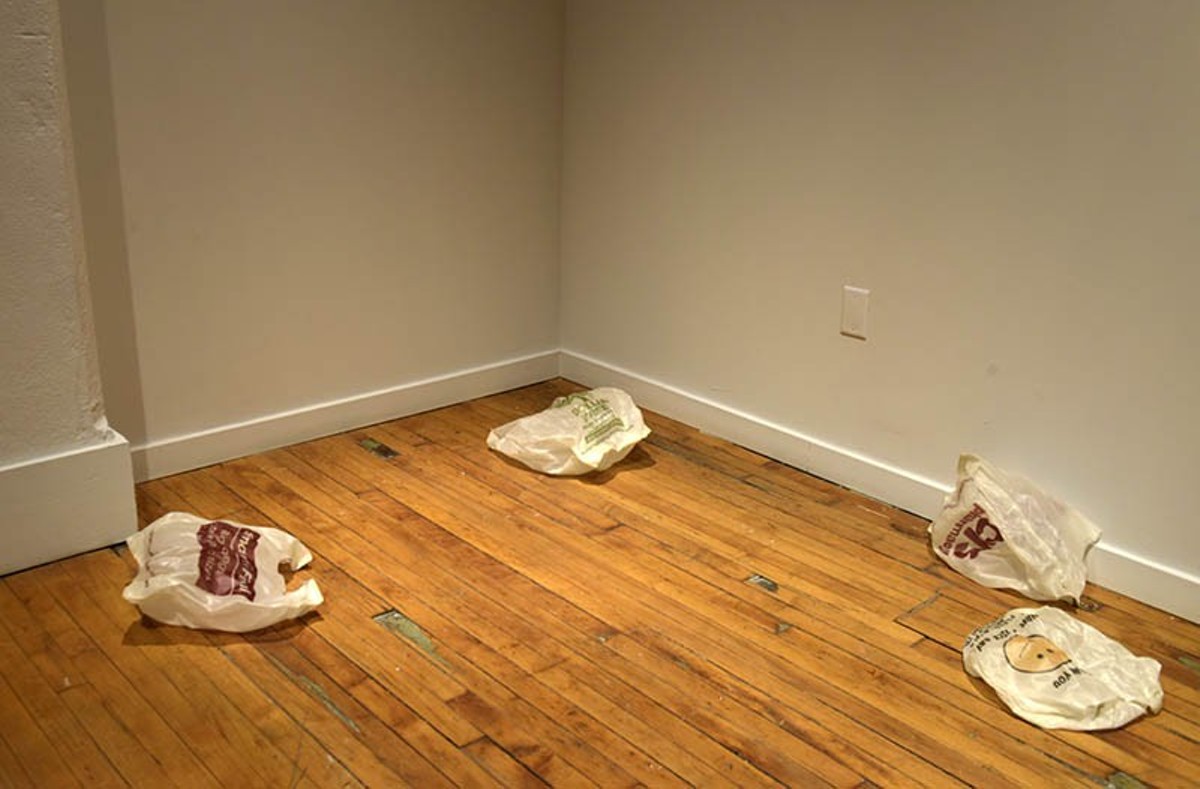 Chris Thorson's Nice Days, made of beeswax and natural dyes on organic silk, 2011-2015

How are you to imagine anything if the images are always provided for you?" The query, voiced by Adrien Brody's character in the independent film Detachment, certainly isn't the first to question our culture-wide obsession with social media feeds and search engines and capturing every moment as it happens. The line still resonates because it links the currency of images to that dark, intractable space behind our eyes — the imagination. Brody's character goes on to suggest we must learn to read to cultivate this space, to "defend, to preserve our own minds."

Take a cue from the question in the film: Put your phone on silent, resist the urge to Google and make your way downtown to the Des Lee Gallery, where the current exhibition, Uncanny, presents the perfect fodder for thought cultivation. Chris Thorson and Michael Powell make work that is challenging and humorous with a slow read; as gallery director Brandon Anschultz explains, both artists explore "what is 'real,' what isn't and that slippery area in between both ideas."

If the Des Lee isn't on your radar, it should be. In 2014, the space underwent a sleek makeover, which decreased its footprint but added a blackout room for video. Under Anschultz's deft direction, the gallery's regular calendar of student exhibitions is augmented by up to three additional yearly shows. 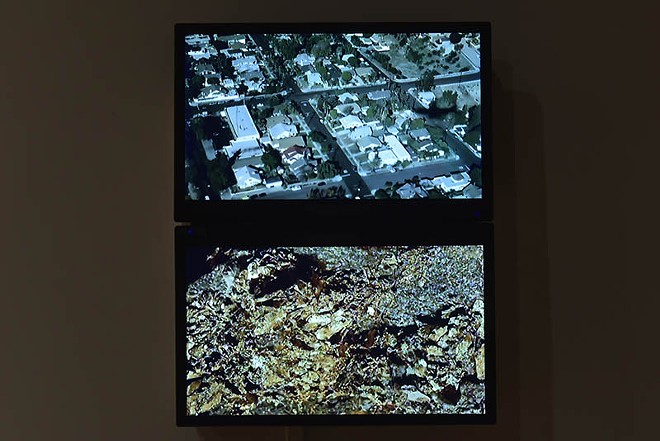 Recently, the space hosted the traveling exhibition Guns in the Hands of Artists, a moving and timely exhibition exploring guns and gun violence. "It's my hope in bringing these artists to St. Louis that we serve our community as well as the broader art scene," says Anschultz. The student exhibitions are also not to be missed. As the formal exhibition space for Washington University's Sam Fox School of Design and Visual Arts, Des Lee mounts shows from the BFA and MFA candidates each spring, providing an interdisciplinary gauntlet where openings happen almost every Friday, a challenge for even the most avid art lover.

In Uncanny, Powell's work is a visual take on the literary device known as a couplet. Powell delivers his pairs in the 35mm film format, mounted on tiny lightboxes under subdued track lighting, with poetic titles suggesting disparity and sameness. Pyrite, Gold is the most forward title among these, while A Copse of Trees, A Copse of Trees seems intentionally confounding, alluding to the show's overarching theme of real/not real. The literary overtone of Powell's work is punctuated by oblique references to suburbia and startling digital videos that refuse to settle on an image. There are parallels to Don DeLillo's 1985 novel White Noise, where he writes, "The world is full of abandoned meanings. In the commonplace I find unexpected themes and intensities."

A scene of the Des Lee Gallery with Uncanny on display.

Thorson also situates herself in the commonplace, but while Powell provides the angular wit of an analyst, Thorson is an enigmatic foil with poignant, handmade renderings of plastic bags, remote controls, a single glove. Nice Days, made from organic silk and treated with dyes grown by the artist, lies despondently next to a recreation of a CVS bag. "Thank you ... have a nice day," it reads, the yellow smiley face contorted into a near frown. These elegant yet honest pieces quietly eviscerate our field of vision, making a tear in perception where viewers can imagine Thorson as gardener and problem solver, pushing the viewer into that slippery area between real and not real.

Abandoned meanings, blurry lines and unexpected couplets — Uncanny is by turns disturbing and familiar and refuses to short change our brains by providing all the answers. If something seems off, it most likely is — give in to the uncertainty and set your imagination free.