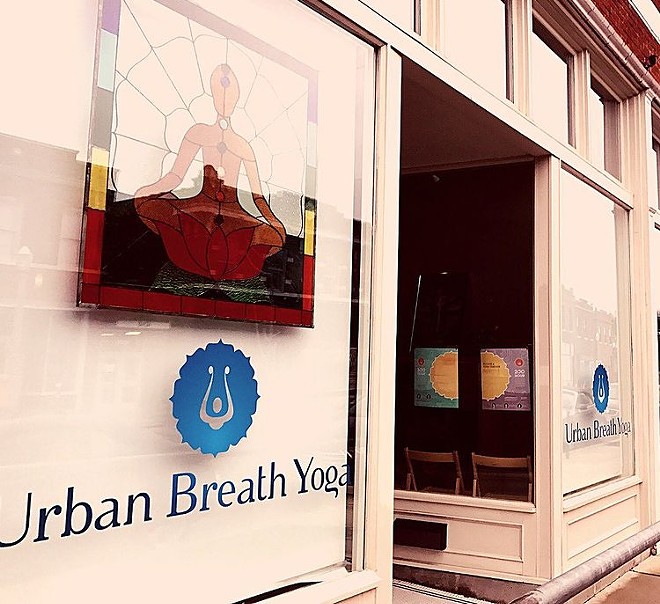 The studio has been a fixture of the Grove since Williams opened it in 2012.

"It's been a great 10 years," she says, noting that she founded the practice on Washington Avenue in 2005. She opened the Maplewood location in 2015.

The roots of Urban Breath's troubles with the Grove location came during the pandemic. Like so many other small businesses, the yoga studio closed its doors temporarily (though the Maplewood location stayed open and provided virtual classes). In 2021, Williams reopened the Grove location expecting business to rebound.

Except it never got the same volume of traffic as it did pre-pandemic.

"Two locations are just too much right now," Williams says. "The Maplewood location is larger, and it just makes business sense. I just have to pull back."

"They're doing great things, and they're looking forward to their futures, but a lot of really important people have shifted to other things," she says, emotion in her voice. "I support them, but it's been hard."

But it's not all sad news for Urban Breath. Williams says she and her team have renovated the Maplewood location and that they have some exciting plans for the future. Those include regular silent retreats, lover's yoga, workshops, teacher trainings and international retreats; the next will take place in Costa Rica next March.

"We're trying to build back to that space we were in before the pandemic," she says.

Those interested in grabbing one last class at Urban Breath Yoga in the Grove (4237 Manchester Avenue, 314-421-9642) can find its final offering at urbanbreathyoga.com/find-a-class/grove-location.