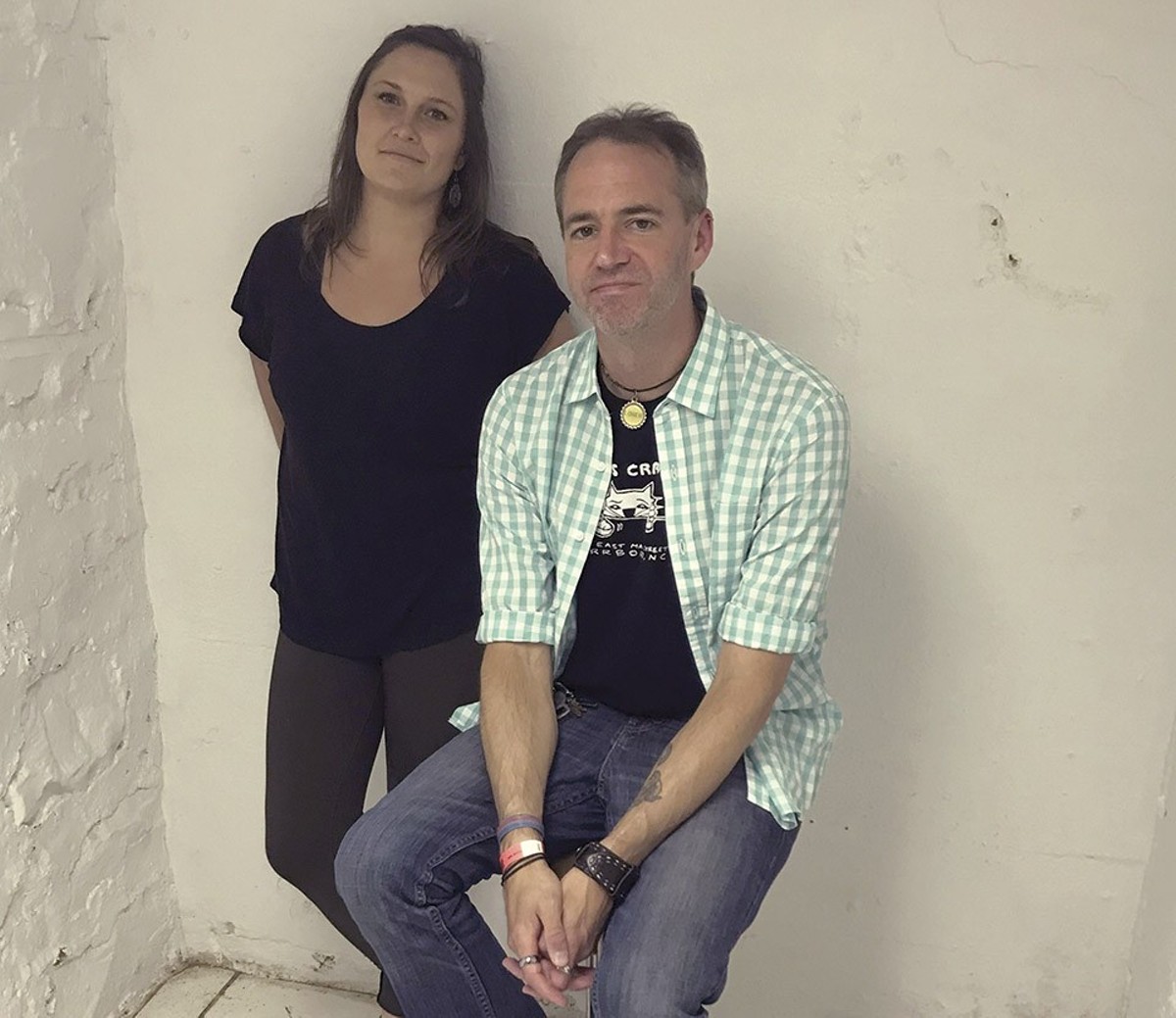 When local comedian Jeremy Essig received a text from Tina Dybal with the simple question "Do you like podcasts?" he assumed that she was making a dry joke about the class he recently taught at Webster University on ... podcasting. In fact, she simply wanted to combine talents on, yes, a podcast, and once that initial confusion passed, they moved forward with speed.

Former co-workers at popular Dogtown pizzeria Felix's, the two had a personal rapport, equipment — Essig has a pro recording studio in his basement called Listless Sound — and lots of stage experience in standup comedy.

The concept came to them relatively quickly, like everything else in this matter. And so, just a few short months after that text, the two have recorded and released a handful of editions of Where'd You Fuc* Up? (asterisk theirs), a freewheeling, hour-ish bit of conversation that includes guests as well as some recurring bits. Critical to the podcast is an interview-style riff on the central theme; as the name might suggest, the pair prompt their guests to discuss experiences in which, erm, said guests have, um, made a misstep (or two, or ten). That can mean a life-altering experience, or simply a change in plans brought on by messing something up badly.

"If people are genuinely funny and will get into telling their story, you'll probably get something good out of it," Essig, who is also an occasional RFT contributor, says. "I don't think we've known anyone's story coming into the taping, which, I think, makes it feel fresher on the podcast. You have two people learning the story for the first time.

"My bachelor's degree is in psychology and I've got a graduate degree for journalism," he adds. "I feel, for whatever reason, that this show plays to my strengths."

Dybal brings a high level of energy to the show, especially when discussing Essig's constant quest to score deals while shopping. Her parents, Igor and Svetlana, are also a frequent reference point, with Essig and Dybal concocting a running gag about their being part of a Communist sleeper cell.

"There's an age difference between us," Essig notes. "I'm a bit more curmudgeonly. Tina's often very excited. For a lot of reasons, that gives me the straight man role, or I'm the annoyed person."

That was the case on the first episode, when Essig went into a lengthy spiel about the shortcomings of people who raise chickens and goats in urban environments. How much of that annoyance was real, and how much for added color ... well, that's part of the magic of funny people speaking into open microphones. While a general runtime of an hour has been their rule, there's not a set clock, so conversations can breathe, rants can run and interviews can be interrupted for backstory 100 times or more.

On that same episode, the pair set out to establish a general sense of how their interviews would flow. Their debut guest was a sympathetic character in Zack Gzehoviak, a co-founder of the Flyover Comedy Festival. His mistake was signing on for duty at a local anarchist bakeshop. (Though never named, anyone with south-city roots would presume the location to be Black Bear Bakery, RIP.) The story unfolds slowly, with Gzehoviak giving a heartfelt backstory on really wanting to get hired on at Maplewood's Foundation Grounds, only to be rebuffed time and again.

Instead, he wound up at (presumably) Black Bear Bakery, where he was sent on delivery runs without directions, or set to baking without recipes. How much of this is accuracy as opposed to righteous embellishment a listener will never know, but the story works — anyone who's taken on a new job without a safety net (or guaranteed paycheck) would find kinship in Gzehoviak's tale. Of course, prodding him on the entire time are Essig and Dybal, ensuring things never flow in a natural A-B-C fashion, but more of a J-Q-F progression.

"We didn't know his story at all," Dybal says. "He's funny in his own way and a good friend of ours. Somehow, he was duped into working at a community bakery. We'll take that."

Keeping things light and loose is the goal, say both hosts. If nothing else, they've enjoyed reconnecting, years after their boss/worker days at Felix's.

And if one listener tunes in, the circle is complete. You can find their efforts at www.facebook.com/WYFUPodcast.