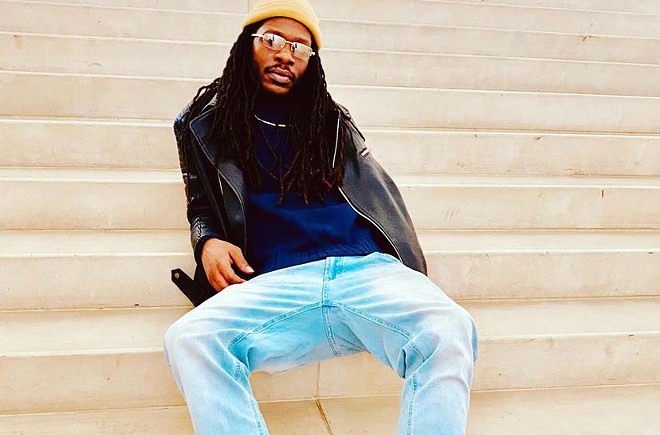 Born Brandon Wagner, the U-City resident started making the videos to entertain himself during the pandemic. His video from last year, “Words people from St. Louis can’t pronounce,” has received millions of views. In it, Wagner writes simple words on a white board – say, “oil,” or “brewery” – walks off frame, pauses while the “Jeopardy” music plays, then suddenly throws himself back into frame, ridiculing us for adding syllables or emphasizing imprecisely. “No St. Louis, that’s not how you say that word!”

He doesn’t have a background in comedy, and was shocked when the clips went viral. Also a rapper and entrepreneur, he recently quit his day-job to create full time.

“This is me chasing my dream,” he tells us. “This is what fuels me.”


St. Lunacy: Do you have a history in comedy?

Wag Da Vinci: No. I'm just deep, deep, deep into music and I always just wanted to like, entertain, I guess in that way. I was always kind of goofy. So I just figured why not do comedy?

Writing music is such good practice for comedy, because you're often trying to figure out how to say things in a short, direct way.

Right. It was cool how much music and comedy added to each other once I started actually doing the skits and the writing of the skits. Being a little animated and making things pop — it helped with the delivery.

Are you the funniest of your friends?

I'm the goofiest of my friends. I wouldn't say necessarily the funniest. I like to be around funny people and I would actually like to be the least funny so I could just sit back and laugh. Comedy is just one very, very, very small bit of my talent and is probably the thing at which I'm least talented.

I'm sure you've brought many people joy during the pandemic.

Yeah, [that] is what kind of pushed me to keep going. I needed something to fuel my creativity. But then people were starting to say, “Man, look, you made me laugh this whole time. Please keep putting out videos.” That's what made me feel like I should keep pushing. I felt like I had to keep dropping videos. In a good way, though. It’s my nature to want to make people happy.