The Adorably Creepy (and a Little Bit Racist) Skeleton Cartoons of Dr. Crusius 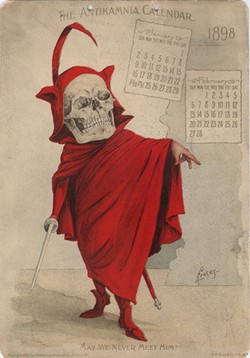 In an age when advertising was still a novel way to introduce customers to your product, the St. Louis-based Antikamnia Chemical Company printed whimsical calendars featuring morbid-yet-fascinating sketches of skeletons acting out everyday life.

The company's name, Antikamnia, means "opposed to pain," and it produced a patented fever reducer and pain reliever at the turn of the 20th century. Sure, the medicine was technically toxic and made your skin turn blue, but that just makes the skeleton illustrations even more apt.

When the owners of Antikamnia Chemical Company were looking for an artist to illustrate their advertising calendars, they settled on fellow St. Louis College of Pharmacy graduate Louis Crusius, who used his drug-store windows to display the sketches he drew in his free time. Crusius dressed his skeletons in the clothes of the time and gave them funny little sayings or titles, keeping his illustrations lighthearted despite their macabre subjects.

These rare images -- taken from the 1898 calendar and published online by the Bernard Becker Medical Library at the Washington University in St. Louis School of Medicine -- are also interesting for their occasional and unfortunately racist angle.

The September-October cartoon, featuring a threadbare man with a can of tomato juice tied around his waist and the caption "A Prodigal's Return," plays on racial stereotypes of Irish immigrants, according to Washington University. The November-December image, featuring Uncle Rufus telling Professor Johnson in patios how he's misunderstood a doctor's orders, is based on black racial stereotypes.

Crusius graduated from the St. Louis College of Pharmacy in 1882 and co-owned the drug store Scheel and Crusius at the corner of 14th Street and Clark Avenue with his brother-in-law Gustav Scheel. After graduating from the College of Physicians and Surgeons in 1890, he worked as a doctor and lecturer until he died in 1898 at 35 years old from a renal cell carcinoma discovered during an operation. 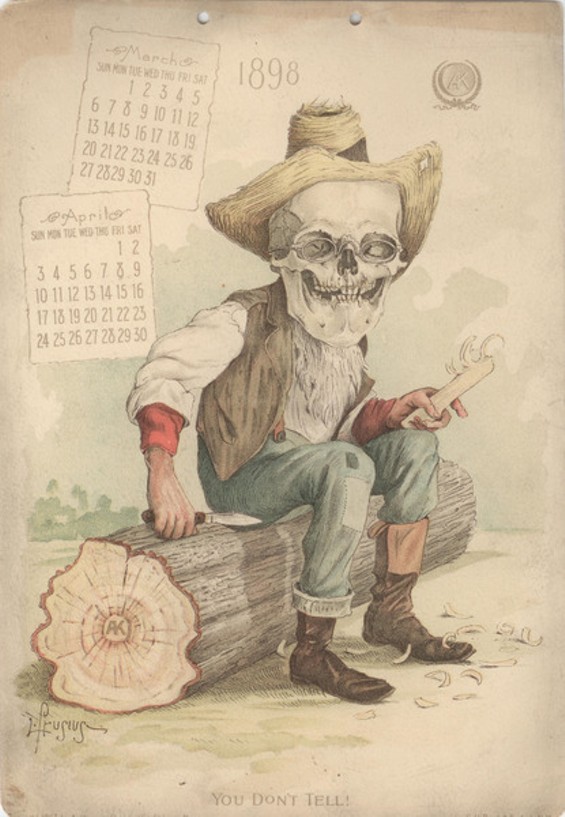 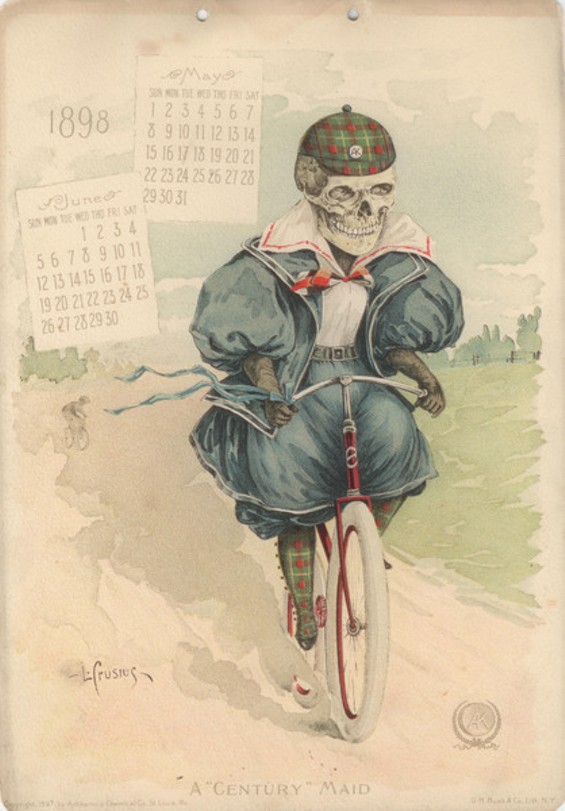 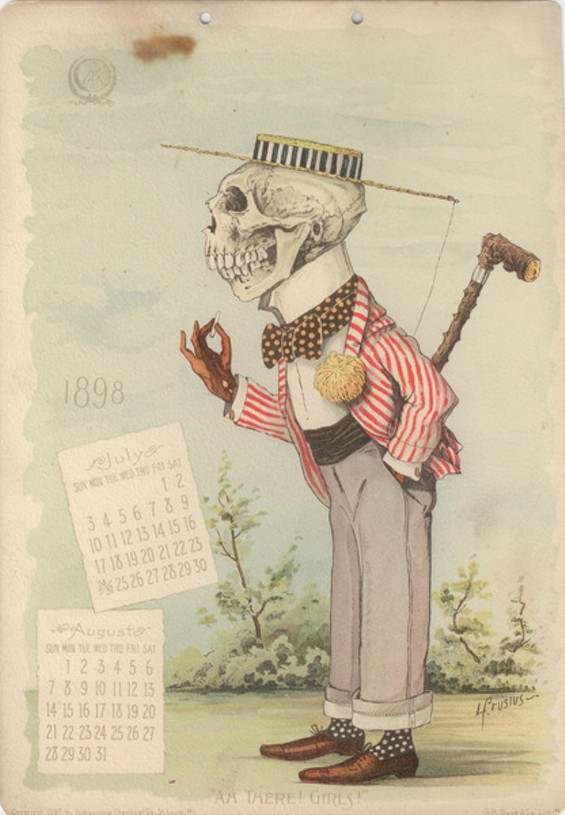 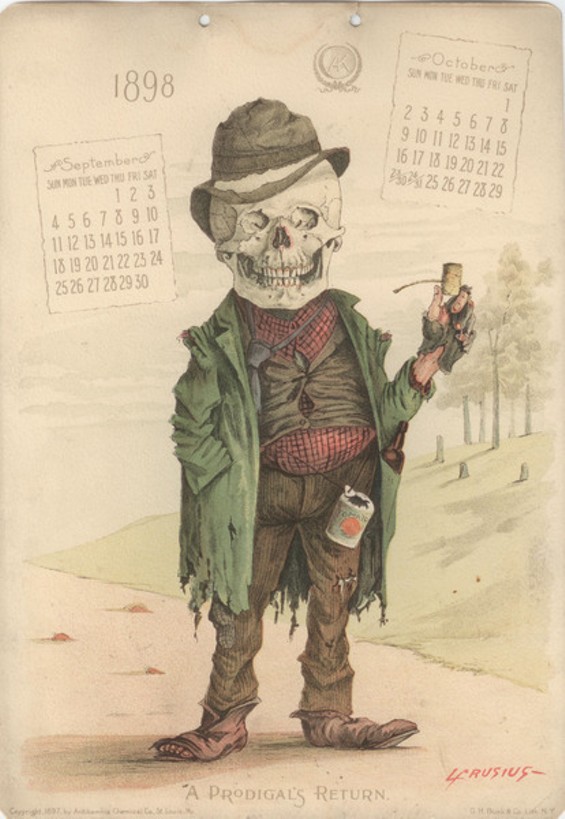 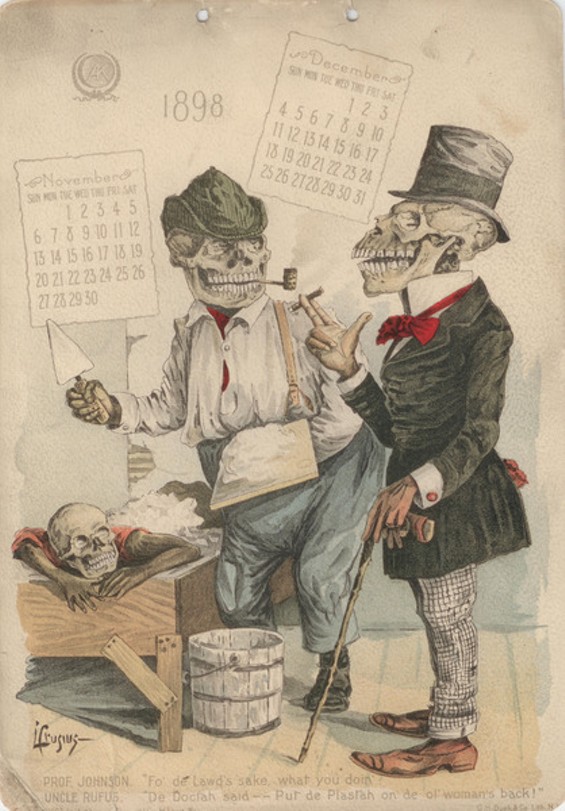