6 Interesting Things to Do This Weekend for $20 or Less 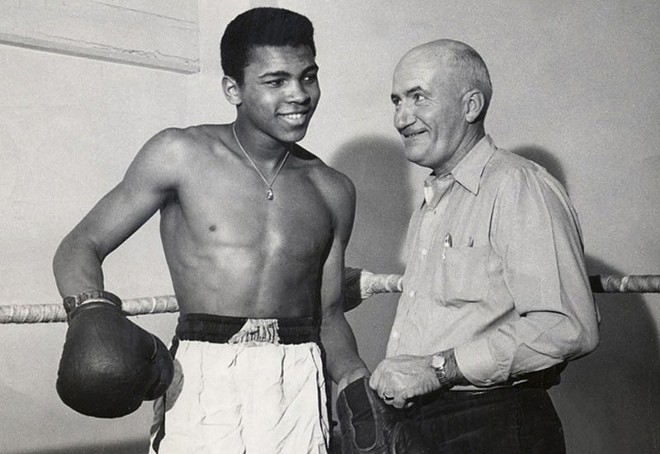 No plans this weekend? No problem! This weekend is chock-full of intriguing cultural events — most of them cheaper than an Andrew Jackson.

Are you single? We've got a whole different list of stuff to do —- with the perfect option no matter what your stage of uncoupledness. Still in the bliss of new love and feeling randy? Well, maybe take this roundup as inspiration.

For the rest of you, here are the weekend highlights.

1. See some gorgeous etchings at SLU


The Museum of Contemporary Religious Art (3700 West Pine Mall; mocra.slu.edu) possesses one of the few complete sets of Georges Rouault's etchings suite, Miserere et Guerre. Every decade or so the museum puts all 58 works on display, both to showcase Rouault's masterpiece and to remind us of the horrors of war. Rouault made these pieces between 1914 and 1927, drawing inspiration from the devastation of World War I and its lingering aftermath in his native France. They primarily depict human beings wracked by suffering and stalked by death, but there are also small instances of mercy to be found in them. His etching Wars, detested by mothers, shows a mother and child embracing in the encroaching darkness, their bodies haloed in the light of their love for each other. Miserere et Guerre is on display 11 a.m. to 5 p.m. Tuesday through Sunday through May 8. Admission is free.

In Enlightenment Era France every philosophical question has an answer, including the extremely French question, "Who invented infidelity, man or woman?" In this farce, a prince has isolated four orphans — two boys, two girls — on a remote estate, with each raised in solitary confinement for twenty years. Now is the time to let them loose and watch as they discover the opposite sex, sex and (hopefully!) cheating. YoungLiars, a new theater company, presents an adaptation of Pierre de Marivaux's The Dispute: A Spectacle for Lovers and Fighters as its inaugural production. Performances take place at 8 p.m. Friday and Saturday (February 12 to 26) at the ballroom of Centene Center for the Arts (3547 Olive Street; www.youngliarsdispute.brownpapertickets.com). Tickets are $10 to $20.

3. Learn More About the Great One at the History Museum

Muhammad Ali wasn't always the greatest boxer of his era. He started out as Cassius Clay in segregated Louisville, hemmed in by racism and limited opportunities. But Clay didn't see it that way; he believed he had unlimited potential and was destined to do great things. Thanks to his incredible boxing talents and help from his coach (a white police officer), Clay proved to the world he really was the best. Idris Goodwin's play And in this Corner...Cassius Clay is about a young man's rise to the top of the sports world. It's also about how, when he got there, he realized he could become great in other, more meaningful ways. The play is performed at 7:30 p.m. Friday and Saturday and 2 p.m. Sunday (February 12 to 28) at the Missouri History Museum (Lindell Boulevard and DeBaliviere Avenue; www.metroplays.org). Tickets are $14 to $18.


John Hughes was so effective at capturing the heartbreak and angst of teenagers in the '80s that he changed the way people perceive the '80s. The real soundtrack of the decade was Phil Collins and Lionel Richie, not the hip English bands (New Order, the Smiths) that dominate Hughes' soundtracks. But that's part of the charm of a film like Pretty in Pink, which is now 30 years old. Molly Ringwald is a poor girl with great fashion sense who falls for a rich pretty boy (Andrew McCarthy). Can their budding romance beat out the peer pressure of his and her friends? Her friends are far more interesting, by the way; Duckie (Jon Cryer) is a new wave Teddy boy with a heart of gold and the body of a true geek. All McCarthy has is James Spader in one of his earliest "menacing creep" roles. Pretty in Pink is screened at 2 and 7 p.m. Sunday and Wednesday (February 14 and 17) at Wehrenberg Des Peres 14 Cine (12701 Manchester Road; www.fathomevents.com). Tickets are $12.50.

Poor Frank is a failed poet who's drinking himself into a stupor while teaching desultory classes at his local university. What could save him from himself at this point? But the question proves to be not "what," but "who" — Rita. She's a young hairdresser who dreams of bettering herself to escape her working-class life, so enrolls as one of Frank's students. Rita's lively attitude and desire to learn shakes Frank out of his rut and makes him see the world anew, but the longer they're together, the more she begins to adopt some of the pretensions of academia. Willy Russell's comedy Educating Rita is about starting over and re-engaging with life. West End Player's Guild presents the play at 8 p.m. Thursday through Saturday and 2 p.m. Sunday (February 12 to 21) at Union Avenue Christian Church (733 North Union Boulevard; 314-367-5686 or www.westendplayers.org). Tickets are $20.

Ayad Akhtar won the Pulitzer Prize for his drama Disgraced, which takes on all the classic conversational no-nos: race, religion and justice. At the center is Amir, a non-practicing Muslim American corporate lawyer, and his white wife, Emily, an artist. When Amir's cousin Abe asks for legal help defending an imam charged with aiding terrorists, Amir is stuck between family and professional considerations. His troubles only deepen when a dinner with his black colleague and her Jewish husband turns into a serious discussion about the case and Amir's role in it. The Repertory Theatre of St. Louis presents Disgraced Tuesday through Sunday (February 12 through March 6) at Webster University's Loretto-Hilton Center (130 Edgar Road; 314-968-4925 or www.repstl.org). Tickets are $17.50 to $79.50.