Cinema St. Louis Showcases the Best of the Fest at .ZACK 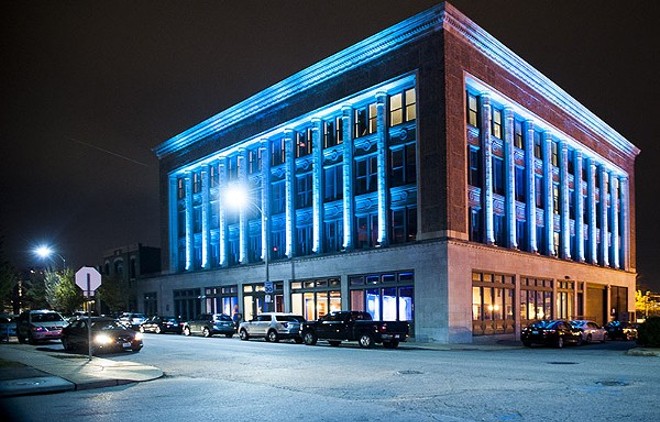 Long gone are the days of one film festival a year for Cinema St. Louis. The organization has branched out with more small festivals that take place throughout the year. Its newest festival takes over one of the newest theaters in the city.

Films @ SLIFF.ZACK began January 16 and will continue on select Mondays throughout the year. The goal is to replay select films that were screened at last year's Whitaker St. Louis International Film Festival, or SLIFF. It is one of what Cinema St. Louis Executive Director Cliff Froehlich hopes will be many collaborations with the space.

"We very much want to consider it one of our homes," Froehlich explains. "We really like the features of .ZACK. . . It's beautifully set up to accommodate different kinds of presentations."

One of the positive elements Froehlich highlighted was .ZACK's capacity of around 150 patrons, which he says is perfect for a film-viewing audience.

"We were one of the very first events there," Froehlich says. "By next year, I think people will be very acquainted with .ZACK. We're really pleased to be there."

According to Froehlich, only a handful of the films the festival shows are given a theatrical or home video release. The .ZACK series gives people an opportunity to see films they may have missed.

The next installment of the series will screen the winners of the 2016 festival's juried shorts competition. "Best SLIFF Shorts" is a mix of both narrative and documentary shorts. Documentary Programmer and Tech Supervisor Kat Touschner said the films that are considered the best, like the ones being shown this night, have great storytelling ability.

"Does the story move you as someone watching it?" Touschner says. "I would say that's the most important thing. Stylistically, how it's made, is also really important."

For Touschner, especially when it comes to documentary films, there is a shift in how they are made. The typical "sit down and interview" style has been experimented with and there are infinite possibilities in how those films can be styled.

Touschner says this program is important for their audience because it is another way to highlight the films unseen by some and for local filmmakers, gives them an opportunity to learn more about their craft.

The "Best SLIFF Shorts" takes place Monday, February 13, at the .ZACK (3224 Locust Street; www.zack.events). Doors open at 6:30 p.m. and the program begins at 7:30 p.m. The event is free to all. For more information, visit www.cinemastlouis.org.