There's a New Baby Monkey at the St. Louis Zoo, and He's Adorable 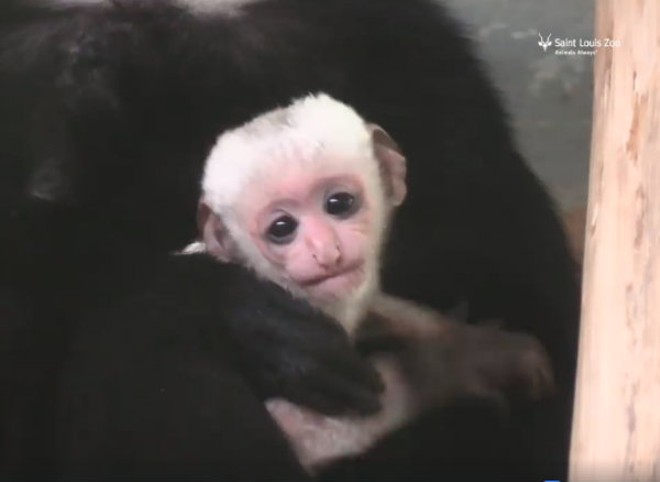 There's a new member of the family at the Saint Louis Zoo.

The Saint Louis Zoo announced on its Facebook page today that it welcomed a male black and white colobus monkey on December 29. He has yet to be named by zookeepers, but a video included in the post proves that he's already adding to the cuteness factor in the Primate House.

The baby monkey's parents are 18-year-old mother Cecelia and eleven-year-old Kima. The newborn is far from the first in the family, or "troop" — there's also also a daughter, one-year-old Willow; two sons, Ziggy and Simon; and their half-sister, Binti.

Four-year-old Binti can be seen in the video helping to care for her little brother — something the St. Louis Post-Dispatch explains young female monkeys do to become good mothers. Zookeepers told the paper that you can often see Binti help out so her mother can eat or interact with other family.

Cecelia is the dominant female, the zoo says, and is taking great care of the baby, while father Kima "can be seen watching stoically over his family and interacting with the youngsters." How 2018!

You can visit the family yourself at the Primate House during regular zoo hours, which can be found on the zoo website.